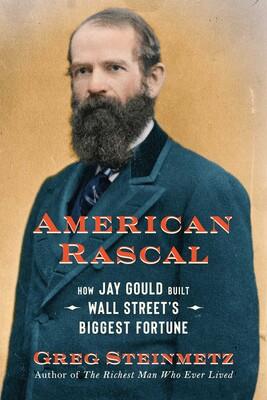 "Steinmetz has written a rollicking biography that brings back to life one of the most fascinating and colorful characters of 19th century American capitalism. Before George Soros, Carl Icahn and Ken Griffin, there was Jay Gould—and his tactics would have made them all blush." — John Carreyrou, New York Times bestselling author of Bad Blood: Secrets and Lies in a Silicon Valley Startup

Greg spent 15 years as a reporter and editor for publications including the Wall Street Journal, where he served as German bureau chief and then London bureau chief. Since 2000, he has worked as a securities analyst for a money management firm in New York. He has degrees from Colgate and Northwestern. He lives in Larchmont, New York and is married with four children. His first book, The Richest Man Who Ever Lived: The Life and Times of Jacob Fugger, was translated into seven languages. Andrew Ross Sorkin of the New York Times called it one of the best reads of the season. American Rascal: How Jay Gould Built Wall Street’s Biggest Fortune is his second book. (In person only.)