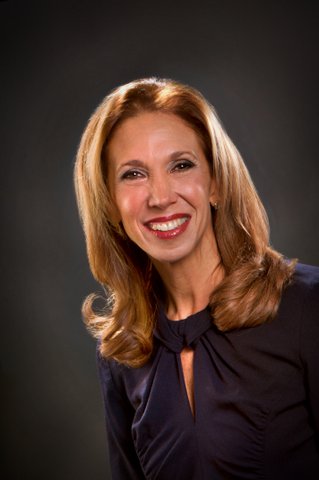 On April 2nd, State Assemblywoman Amy Paulin, Sarah Porter from a group called End Child Prostitution And Trafficking (ECPAT) and Stuart Perrin, author of "Little Sisters" and founder of a safe house in Nepal sat on a panel at the Scarsdale Library to discuss the realities of child trafficking in our own backyard. They asked for a call to action against this $32 billion industry that enslaves 27 million people around the world, including over 200,000 in America.

Stuart Perrin began by describing human trafficking as "...one of the most important issues in the U.S. and internationally today." He ran a safe house in Kathmandu, Nepal for four years in hopes of saving girls between the ages of 8-14 from a life of prostitution and slavery. Young Nepalese girls are worth a lot of money in India. "Pimps" woo the fathers of these girls in remote villages, offering them $200 for their daughters, an amount equivalent to as much as twenty years of a salary in Nepal. These girls are usually one of many children, so they may be sold by their fathers with empty promises of returning home, rich from their time in India. However, if the girl returns disease-ridden rather than wealthy, often the family will not welcome their daughters home. "By starting this safe house," he stated, "there's the chance that we have saved up to 10,000 girls from a lifetime of slavery." He pointed out that his audiences are almost always women, as was the audience at the Scarsdale Library that night. "Women understand it, but men are deeply involved, too," he said. Perrin added, "In a place like Nepal, this often occurs because of extreme poverty. In the U.S., it commonly occurs in dysfunctional families."

Executive Director of "My Sister's Place" in White Plains she first became aware of this issue. In 2007, New York became a precedent-setting state by adopting the first law in the country to make sex trafficking a crime. "Before this, pimps could be accused of other crimes," she said, "but not sex trafficking. This law turned that into a crime." In 2008, the Safe Harbor Bill was passed designating young girls through age 15 as victims, not criminals. But prosecutors needed still more to convict pimps, and in 2012, a bill was passed that made sex trafficking a violent crime while increasing the age a girl was a victim to 16. By acknowledging that these girls are victims, they are treated as such and can access services. In the last few months, Westchester Police (using a Safe Harbor grant) have identified 35 girls from Yonkers alone that were sex trafficking victims. Ms. Paulin pointed out that under federal law (not state law,) for girls under the age of 17, sex as a prostitute is not considered rape, but in all other cases it would considered statutory rape.

Sarah Porter, a Development Associate at ECPAT spoke about how girls who become victims of prostitution don't usually choose to sell sex for money. Many girls become vulnerable as runaways or residents of foster or group homes where they have little support. "It's so important to help change people's attitudes here about prostitution," Ms. Porter emphasized. "How can a 12-year-old or 14-year old make a rational decision to become a prostitute? The answer is they can't, and they are victims of sex trafficking." Ms. Porter visits schools where she educate students on this issue, using a peer-to-peer leader learning methodology. ECPAT also works with the tourism and hotel industry to develop codes of conduct. "We have partnered with some well-known hotels and airlines to make sure staff are trained on the specifics of sex trafficking and can identify a victim," she said. "No hotel wants to appear in a newspaper for a child sex trafficking bust, so there's something in it for them." ECPAT seeks to increase awareness, advocate for victims, ensure that policy helps the victims and fights for improved legislation.

Ms. Paulin ended the evening with some real stories of girls who were victims of child sex trafficking in Westchester. "One girl I met was the daughter of a doctor who ran away from home. Her pimp continuously threatened to hurt her sister if she tried to leave," she shared. "Another," she continued, "was kidnapped at the age of 9 and kept in a closet. She was beaten regularly then sold to another pimp. She finally got out at age 14." "We have to make pimps accountable for their actions," Ms. Paulin reiterated. "New laws will make sure perpetrators are held accountable for their decisions. No more saying 'she looked older'."

Another audience member said, "If you have a $32 billion demand for this type of service, what do you do about the demand side of things? How do you prevent this from happening in the first place." Ms. Paulin responded, "My bills address this demand by strengthening the penalties against the people committing the crime."

Another audience member stated, "I don't mean to sound old fashioned, but it seems to me that kids today look like baby hookers. Kids try to have sex appeal earlier and earlier. Young girls go clubbing. What can we do about this?" Ms. Paulin said, "We need to be careful that we never blame the girls for what they look like. If they feel vulnerable, that's the approach the pimps will use. Victims are not usually the best- dressed and best looking girls. They prey on vulnerabilities."

So what can you do? If you suspect a child sex trafficking situation, call 911 or the National Human Trafficking Hotline: 888 373 7888. To raise awareness or get involved, donate to ECPAT or to Little Sisters. Also write to your legislators. There are two lobby days coming up in Albany on May 7th and May 13th.  You can even become a foster parent, although one person recommended first gaining experience by hosting a child for a short amount of time through the Fresh Air Fund.