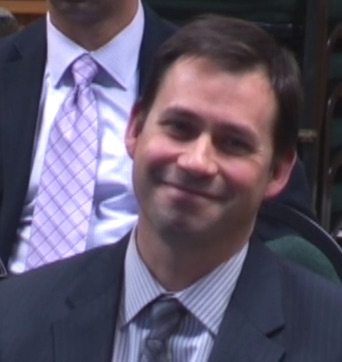 The Board had a 6 pm meeting with the Scarsdale Schools Education Foundation preceding the April 4 meeting of the school board. Though we were not able to attend, we asked foundation Executive Director Stephen Seward for an update on the fundraising efforts to raise $2.6 million for a Design Lab and the Fitness Center at Scarsdale High School.

Here is what Seward shared: "We have now raised over $1.6 million toward our capital campaign goal of $2.6 million. While we still have a significant way to go, and will need the help of everyone in Scarsdale to reach our goal, we are confident that we will be able to raise the remaining $1 million and enable the District to build a Design Lab and new Health and Fitness Center. We are grateful to everyone who has pledged their support and especially to those in the community who have hosted house parties to help explain our goals and spread the word. Looking ahead, our plans include launching a community campaign -- including a mailing to all residents to seek their financial support."

Greenacares: The Board has invited architects from KG&D to come to a meeting on April 18 with responses to questions about the options for the Greenacres Elementary School.

Patrick has impressive credentials as an educator and administrator. He began his career as a science teacher at Clarkstown South in 1999 and moved to the Bedford Schools in 2002. From 2004-8 he was Bedford's Science and Technology Coordinator before moving into his present position. He holds a BS from the University of Rochester, a masters in science and geology from the University of South Carolina, a masters in educational leadership from Bank Street College and is currently pursuing a doctorate in educational leadership at Manhattanville College.

Josefsberg called the selection process "vigorous" and repeated a few of the comments that were made by parents, teachers and administrators who interviewed Patrick. He was called, "innovative, honest and practical," with a "strong sense of humanity, warmth and intellectual rigor. "He understands the importance of human capital."

Josefsberg said Patrick has "Wonderful recommendations from those who met him here and from colleagues who have worked with him." Superintendent Thomas Hagerman said "Patrick bring a rich set of skills," and that "Drew resonated with every single group." He added, "I think he is going to be a transformation agent in the district."

Dr. Hagerman then announced a change to policy 5152 which regulates the attendance of non-resident students in the schools. Beginning September 2016, the district will no longer permit the children of interscholastic coaches to attend Scarsdale Schools tuition free.