Lessons From The Pandemic: A Psychotherapist's Perspective 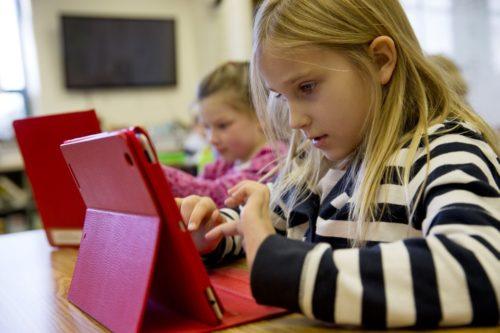 This article was submitted by Rand J. Gruen Ph.D.
The last year and a half has been difficult for most of us. While it is unclear if the storm has passed entirely, it appears we are moving toward some semblance of normalcy in the U.S. As the Director of a fairly large outpatient mental health practice in Westchester and Greenwich, I have had the opportunity to work with families as they managed through the crisis. We have seen the challenges that children and families have faced and have worked closely with them to address these problems. There are a number of things to be learned from this experience.

First, the pandemic has had a significant negative impact on many of our children academically. We observed impacts on kids of all ages from preschool through college. The impacts were multifaceted, differed from child to child, and did not impact equally. One of the hardest hit groups were kids with pre-existing ADHD and executive function weakness. While many children demonstrated increased difficulty concentrating, planning work, staying on track, and following through, kids with ADHD and executive function weakness had a particularly hard time in these areas.

Separate from the above, many children showed a reduction in motivation with regard to getting work done. As the pandemic proceeded, we came to believe that these problems were a function of the lack of shared community and structure that had been provided previously by the school through in-person learning. It became clearer as we continued to work with families that kids have a common expectation that once they walk into school, there is a level of engagement and conformity that is expected (i.e., you don’t get up and walk around, talk to your friends, or play videogames during class time). These expectations were reinforced on a daily basis. In the absence of that structure and in-person learning, kids and parents were left to provide structure on their own. Some kids fared better than others in terms of their ability to do this. Many lost the motivation to engage and do work.

One of the big takeaways from the pandemic with regard to academics is the importance of self-directedness. I have written about this previously. Simply put, self-directedness refers to a child's ability to define priorities, establish goals, create a plan to reach these goals, and follow through. The pandemic has shown us that we can and should do a better job of teaching our kids how to do this on their own, rather than depending on external structures like school to enable this capability.

How do parents enable self-directedness: parents need to shift their parenting strategy as their children enter adolescence. Ideally, they want to take on the role of a trusted advisor. They need to let their kids think through the issues inherent in a problem so that they get accustomed to considering different options and making choices. Parents can help their kids develop this capability by asking questions about why they think the ways they do, providing their own perspective, and letting their child think through the options. Ultimately, if the decision is important and the child is going to make the wrong decision, they can use their authority to override the decision, but the goal is to give children experience working through the decision-making process. That way, when external structures are absent (i.e., a child goes off to college or learning shifts to online), children are better equipped to self-regulate their behavior.

The pandemic reinforced the idea that social connectedness is critical to a child’s well-being and development. While I am not aware of the results of definitive studies that have been done, we observed a higher-than-normal percentage of kids who showed signs of malaise, apathy, disengagement, lethargy, anxiety, and depressive symptoms. These observations are consistent with a recent study by the Kaiser Family Foundation (Panchal et al., Feb, 2021) that found that 25% of young adults started or increased substance use during the pandemic and 26% reported serious suicidal thoughts during the pandemic compared to 11% for all adults. Mental Health America reported that young people ages 11-17 were 9% more likely to seek treatment for mental health in 2020 than in 2019 and they reported the highest level of anxiety and depression of any age group in the study. Finally, among people who reported moderate to severe anxiety or depression during the pandemic, 70% reported that loneliness and isolation played a central role in causing these problems.

Based on our observations and the research cited above, one can conclude that the pandemic caused disruptions in peer relationships. At times, children could not interact with peers at all, and at other times, interactions were limited. These disruptions, in turn, likely contributed to the anxiety and depression experienced by teens and young adults.

Social relationships provide purpose and a sense of motivation and are central to a child's development. The confidence that comes from feeling successful socially translates to other areas of life including academics. As we re-approach normalcy, we need to facilitate childrens’ engagement in social relationships outside the home. Too often children get immersed in video games and social media to an extent that it limits time spent with friends and relatives. While I don't think there's anything wrong with many of the video games that exist, it's critical to facilitate a child's engagement with peers. Children who are shy, introverted, socially awkward, insecure, or who have social anxiety can use video games as a way to avoid peer interactions because they are threatening and anxiety provoking. Parents need to know their children and make a determination as to whether they are engaging in online media because it is interesting or because it is an escape. To the extent that the latter is true, they need to take extra care to facilitate social interaction and limit screen time.

The pandemic impacted family functioning. In some case, families enjoyed the increased time spent together. Working parents were now home during the day and could spend more time with their kids. College-age kids came home when universities shut down. This created additional time for family members to connect/reconnect. In other cases, the impact was negative. In these families, increased involvement led to increased conflict. Pre-existing problems surfaced, and with the increased stress brought on by the pandemic (i.e., confined living conditions, concerns about health risks, financial concerns, etc.), old conflicts and power struggles surfaced and new problems emerged. Parents fought over differences in parenting styles. As kid’s lost motivation to work, children and parents fought over how to create a sense of self-directedness and accountability.

For those who could seize it, the pandemic provided an opportunity. Working parents were more available to participate in therapy. College-age kids were around again to work on problems. Families entered therapy with a ‘second chance’ to address long-standing problems. For those who took the opportunity, the result was an increased capacity for effective communication and the creation of a more positive family dynamic.

Rand J. Gruen Ph.D. is the Executive Director of Westchester CAPS, an interdisciplinary, outpatient mental health center providing individual therapy to children, adolescents, and adults; couple and family therapy; neuropsychological assessment; and medication management. Dr. Gruen received his B.A., M.A. and Ph.D. in Psychology from the University of California, Berkeley. He was formerly a fellow at Yale University School of Medicine and an Assistant Professor in Psychiatry at New York University Medical Center.