Wrestlers Challenged by COVID and Quarantines Look To the Divisionals 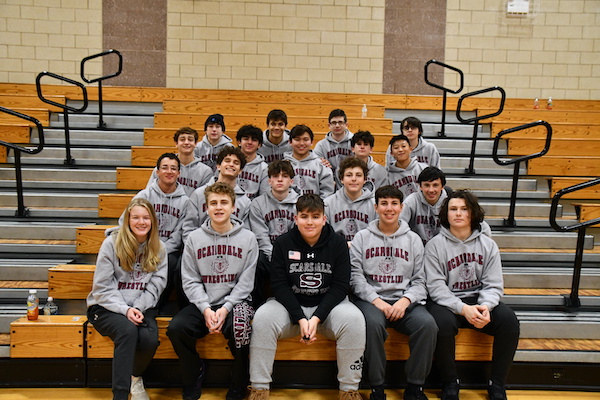 Scarsdale Wrestling Team pictured after Scarsdale TournamentEven experienced wrestlers will sometimes admit that competitions are arduous. But one event teammates look forward to is the annual Scarsdale tournament. The Scarsdale tournament marks the beginning of the end of the regular season for Scarsdale wrestlers. This is followed by tournaments that focus on individual-oriented rather than team-oriented competitions and provide wrestlers the chance to prove their skills to gain seeding for the sectionals.

The beginning of this season has been rough for Scarsdale, primarily due to quarantine and COVID. To start the season, Scarsdale went 2-3 in the yearly Rye tournament. After that point, everything fell apart. These results were more a function of COVID and quarantines rather than wrestler’s skill. Things came to an all-time low when Scarsdale traveled to Nanuet on December 18, 2021 for a tournament with only six wrestlers rather than the normal complement of 16.

Despite the challenges, several Scarsdale wrestlers placed in the Scarsdale tournament on January 15, 2022 when 16 teams participated. 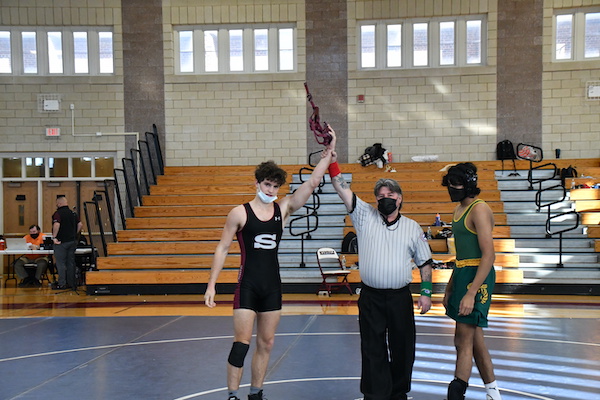 Captain Jack Byers picks up a victory in the 145lb weight class, one of which would lead him to 3rd at the tournament.

Even though these four placed, credit is due to all Scarsdale wrestlers as they were in charge of keeping score of matches and cleaning while also taking part in the tournament. Without these wrestlers doing the dirty work, the tournament would not have been successful.

As the Scarsdale wrestling team looks to the future, individual aspirations for placements at the county tournament are at an all-time high. The Scarsdale tournament is the first step on this tough journey which every wrestler will take. 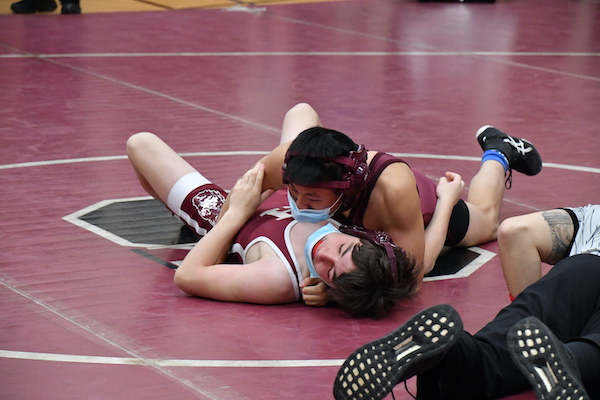 Captain Thomas Kuo pins wrestler on Harrison in his first match back since being quarantined.

Commenting on the team’s performance to date, Coach Jeremy Szerlip said, "The one thing each wrestler needs to do is show more effort. We have to do a better job fighting in neutral and doing whatever you can to get off your back. When you [wrestler] gives up on the mat, they are not only letting themselves down, but also the rest of the team. This year may have been rough, but we have a lot of young talent and I am very hopeful for the future."

Next up the team will compete at divisionals on February 5, 2022. 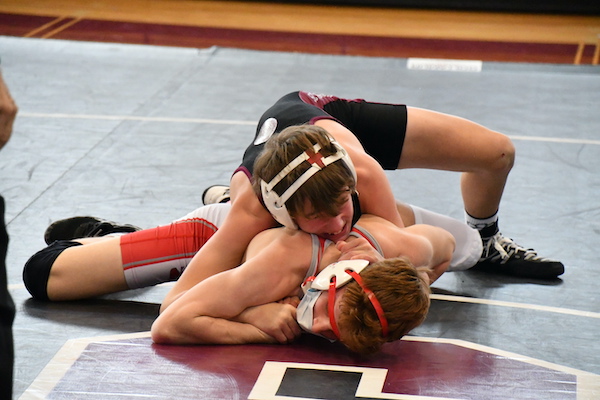