Snow Removal, Crossway Field and Rec Fees on the Agenda of the Village Board 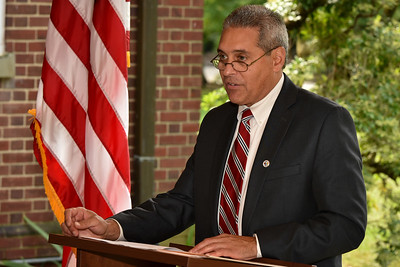 Village Manager Steve Pappalardo will retire this summer.Honoring Rippy Philipps, raising Recreation Department fees and snow clearing were just a few of the items discussed at the Village Board meeting on Tuesday February 9, 2021.

The Mayor opened the meeting with information on securing a vaccine. Westchester County has opened a hotline for seniors, over 65, who have been unable to get an appointment. If you qualify call 914-813-6300 to get help scheduling your vaccine.

The Village is currently holding work sessions on the proposed 2021-22 Village Budget which now stands at $60.3 mm, up $1.1 million from the 2020-21 budget. This budget does not call for any cuts in services. However, there is currently at $1.8 million gap in a balanced budget, due to a $576,000 in NYS pension expenses and $729,000 in lost revenues from parking and justice court fines.

If the Village has to raise taxes to cover the gap, it would mean a 4.37% Village tax increase of about $249 more in taxes for a property valued at $1.5mm. The board is working to lower this gap at upcoming budget sessions.

Villlage Manager Steve Pappalardo, who announced that he will retire later this year, gave an update on the Village’s efforts to remove snow from multiple storms. The largest snowfall occurred from Sunday January 31 to February 2, and Pappalardo reported that all told it was a 30 hour effort to remove up to 20 inches of snow. Staff from the Highway, Sanitation, Facilities, Parks and Water Department were all involved in plowing roads, clearing sidewalks, clearing recreational facilities and hauling snow.

After plowing, sanding and clearing sidewalks, on Wednesday February 3, 3,000 cubic feet of snow was hauled from Five Corners and the Village to the open Freightway lot.

In total, the effort involved: 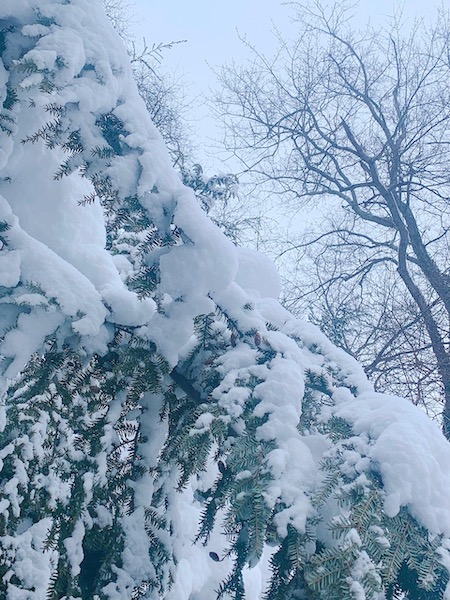 The snowstorm on Superbowl Sunday involved another 12 hours of work.

After considerable discussion, the Board approved a resolution to hold a public hearing on a resolution authorizing tax collections above the tax cap. The current tax levy limit is a 1.26% increase and this resolution would give the Board flexibility to raise property taxes in excess of that limit should it be necessary.

The Village Treasurer recommended that the Board approve the resolution.

The Board turned to a resolution to set fees for recreation for 2021-22, recommending an overall 12.5% increase for:

They also authorized the sale of 100 pool permits to non-resident families.

Trustee Justin Arest explained that all these increases are related to personnel costs and contractors that the Village hires for programming. For the Rec Camp there will be a COVID surcharge to cover additional transportation costs, as the Village is required to maintain social distancing on buses which will required two buses rather than one for some activities.

The fund balance or Enterprise Fund for the Scarsdale Pool has now been spent and there is a deficit for pool operations. The cost of a family pool permit will go up from $548 to $616. See the entire schedule of fees here: 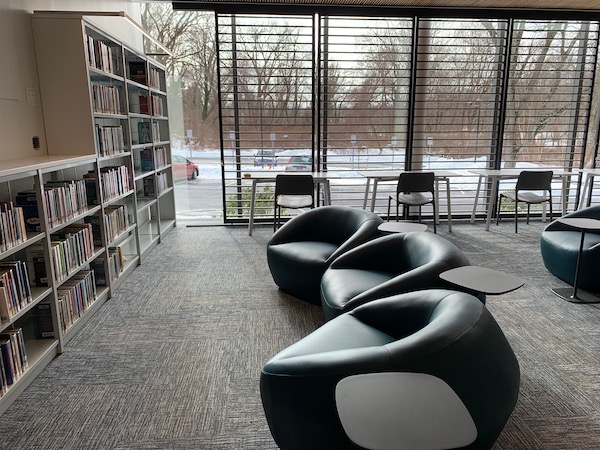 The library is targeting a limited reopening on March 1, 2021. Details will be available here: https://www.scarsdalelibrary.org/connect/news-updates

At the meeting, the Board accepted a gift for $37,311 for the library renovations from the Friends of the Scarsdale Public Library.

The Board heard many public comments on a resolution to rename Crossway Field as the Richard “Rippy” Philipps Field at Crossway.

The resolution reads as follows:

...Mr. Philipps currently serves as the President of the Scarsdale Raiders Football, is a member of the Westchester Youth Football League Board, and previously served as an Executive Board member of the Scarsdale Youth Football League, having committed countless hours over the past 26 years to helping Scarsdale youth enjoy the game of football, while having also encouraged development of valuable life skills, including discipline and collaboration within a team framework; and

...Richard “Rippy” Philipps has not only committed his life to serving Scarsdale youth through his demonstrated leadership and commitment to supporting their recreational interests and enhancing their personal growth, as reflected in the attached bio, but his mentorship guides and supports our youth well after their last down on the field, as they continue on with their life pursuits; and

...as a testament to his positive impact and lasting influence, more than 100 Scarsdale residents, including former football players, have recently written individually to the Village Board of Trustees requesting that the football field at the Crossway Athletic Complex (Crossway Football Field) on Mamaroneck Road be renamed in honor of Richard “Rippy” Philipps; and

...citing the “passion, dedication, love and the tireless and tremendous amounts of time Rippy has dedicated to the youth football program,” the transformative effect Mr. Philipps has had upon Scarsdale’s youth football players, and observing that Rippy is a “local institution, well respected and loved in the community,” the Advisory Council on Parks and Recreation voted unanimously to request that the Village Board consider renaming the Crossway Football Field in honor of Richard “Rippy” Philipps, a request supported by staff; now, therefore, be it

...that the football field at the Crossway Athletic Complex shall now be officially known as the Richard “Rippy” Philipps Field at Crossway, an honor held in the highest regard by the Village Board; and be it further

...that the Village Board extends its heartfelt thanks and gratitude to Richard “Rippy” Philipps for his exemplary commitment and selfless dedication to advancing the physical fitness and positive maturation of Scarsdale’s youth through athletics.

There was overwhelming support expressed in emails and calls to the Board (see below). A vote on the resolution was held over to the next meeting to give more people the opportunity to comment.

Here are excerpts from some of the public comments from the meeting:

John McCann, who led the campaign said, “Over 120 letters were sent and they are still coming in. I was touched by many of the stories especially one written by my son without any reminder from me!”

Madelaine Eppenstein said, “I am offering my support for the Rippy Phillips resolution along with Betsy Bush, Kay Eisenman and Bart Hamlin who also recognize Rippy’s contribution and support the resolution. I recognize the importance of coaches in students’ lives.” 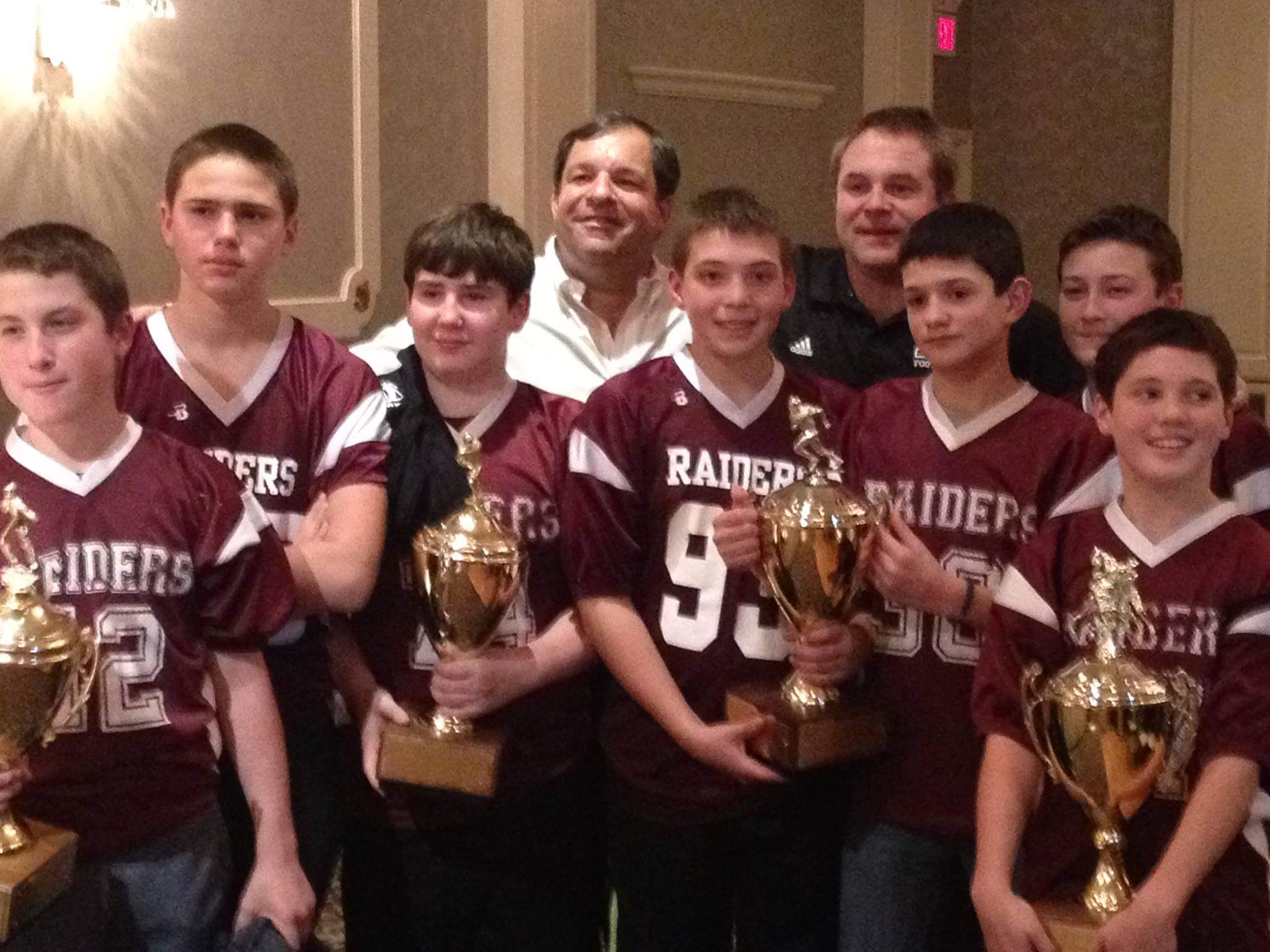 Dave Pechman supported renaming the field for Rippy. He said, “I started playing football in 8th grade and he was supportive. He pushed students at the right level for students at that age. He supported kids in high school and beyond. A whole generation of students owe a lot to Rippy.”

Brother Michael Philipps thanked the trustees for this honor for Rippy. He said, “He even compliments the opponents and offers to help them.”

Dean Borg, SHS ’80 called in from Florida and said that he (Borg) was captain of the SHS Football Team and Lacrosse Team and Rippy succeeded him. He said, “I have known him since he was 12. Rippy is cut in the same mold as Bill Dean, the man for which Dean Field is named.
His humility is amazing.”

Paul Fix choked back tears when he called, saying Rippy changed the trajectory of his life and will change the lives of his own children. He said, “There are not many others who walk this earth who care about Scarsdale the way Rippy does.”

Kathy Colman said she knows Rippy from when she served as President of Maroon and White. She said, “He was great with the history and support of the organization.”

Chris Pierro, a teacher and coach had the luxury of working with Rippy. He said, “He is concerned about the whole child, not just about winning on the football field.”

Robert Berg said he was “Delighted the Village is planning to honor Rippy Philipps by renaming the field for him. … he is so deserving of this honor.” About increases in the pool fees, he said,
“I fear it will drive membership down, but I do support selling memberships to non-residents.

About Rippy, Matt McCann said, “His relationships extend beyond the field. He never hesitated to assist.”

Bob Harrison said he knows Rippy and supports the renaming of the field and congratulated Steve Pappalardo on his retirement and management of these two storms. He asked to defer the purchase of a vehicle for $280,000 and said he would like to see the tax increase cut to 2%.

SHS Football Coach Andy Verboys said, “What is the key to my success? A great school district and a great town – and my secret weapon Rippy Philipps.”

Gail Leone spoke on behalf of the entire Leone family, saying “we support naming the field after Rippy…. He is not just a coach – he is a friend – and he became a part of our family. We can still hear him shouting on Crossway Field. Great friendships started there. We are excited and proud!”

One of the DiFalco boys said, “I can’t thank Rippy enough. He did so much for so many young men. He is a friend and a mentor.”

Paul Pechman, a 30 year resident said, “My boys had positive experiences on the team. Rippy was an example of teamwork, fairness, always thoughtful, kind and considerate”

Last, the Board of Trustees held a hearing and passed a resolution to close a loophole that permitted single family homes to be converted to condominiums and pay reduced taxes. The adoption of the law, “prevents lower assessments of residential property owned in fee simple form of ownership converted to condominium form of ownership. Conversion of homeowners’ associations (HOA) and single-family homes to a condominium form of ownership can result in significant tax savings for these property owners (by as much as 50%), while shifting the tax burden to the balance of Village property taxpayers.”

Since condominiums are valued on their potential rental income rather than their market value, this would have resulted in lost tax revenue for the Village.

The Board agreed that it was best to close this loophole as soon as possible and voted yes on this resolution.