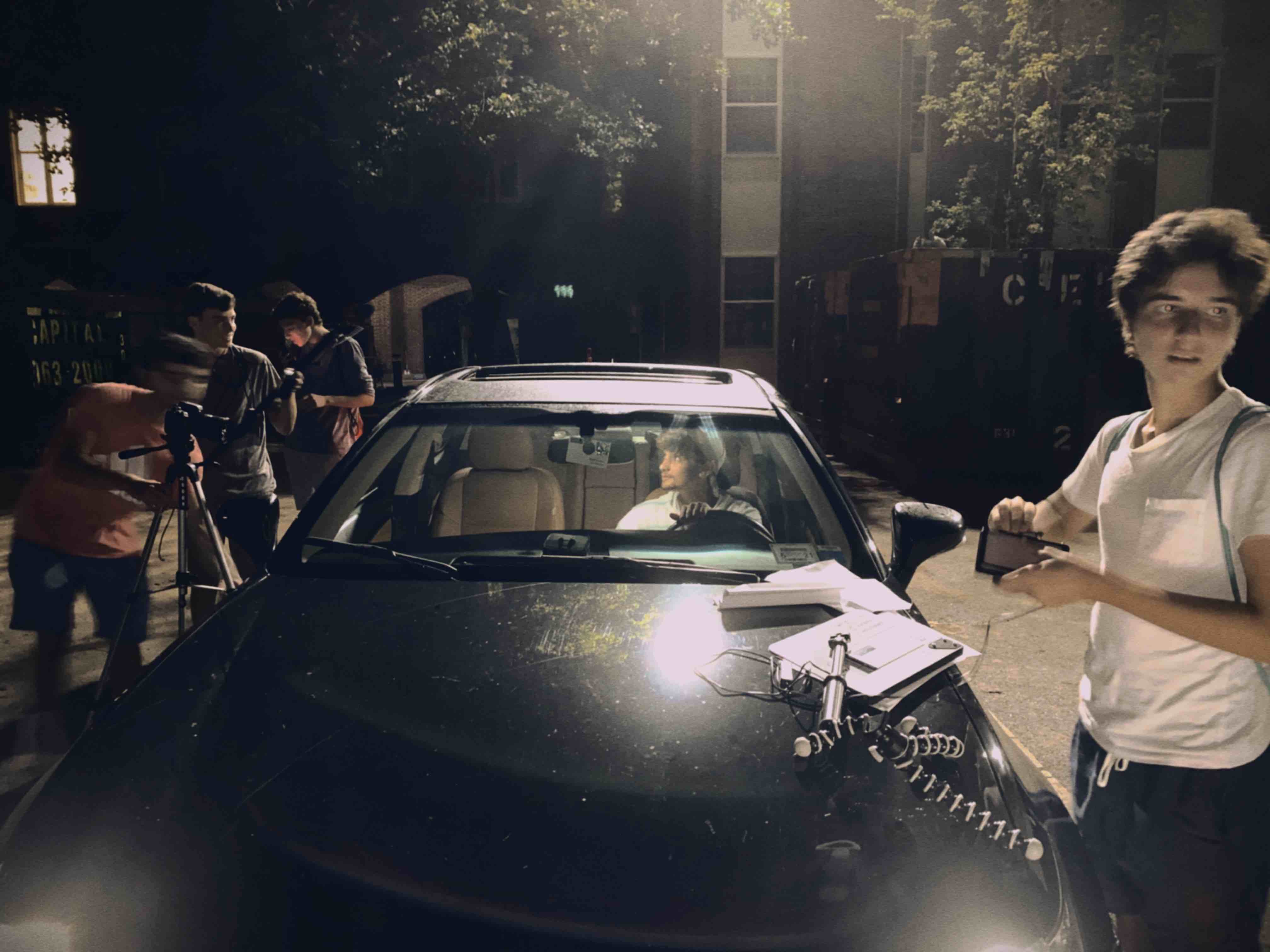 Jordan Cascade, Noah Kaller, Stephen Greenberg, Ethan Lubin, Jeremy Suzman. The cast and crew getting set to shoot the car scene. Young filmmakers in Scarsdale are back at work, this time winning the Award of Merit from The Best Short Films competition for their ten-minute short, “Boy on the Moon.” The movie was filmed in just three nights in July from 9 pm to 3 am, on the grounds of Scarsdale High School. All the action takes place at night.

The film was written by Jake Lubin, who earlier this year produced “Scenes from a New Normal,” about the COVID epidemic in Scarsdale, with Jordan Cascade. For this film, they are joined by Sam Friedman who directed the film, his biggest narrative short film collaboration to date and Jeremy Suzman. 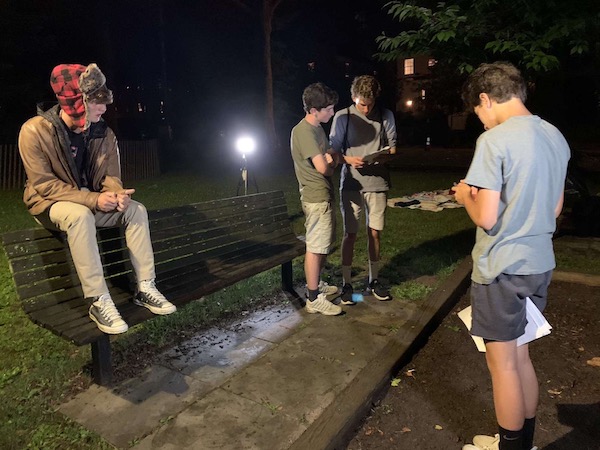 Actors and Assistant Director preparing to roll on the first shot of the final scene of the film.” (left to right) Ethan Lowey, Jake Lubin, Stephen Greenberg, Jeremy Suzman.

The film, which runs for just 10 minutes, depicts the story of three teenage boys, a failed drug purchase and their reckoning with a painful loss in the past. It has already accumulated over 17,000 views on YouTube from over 60 countries. 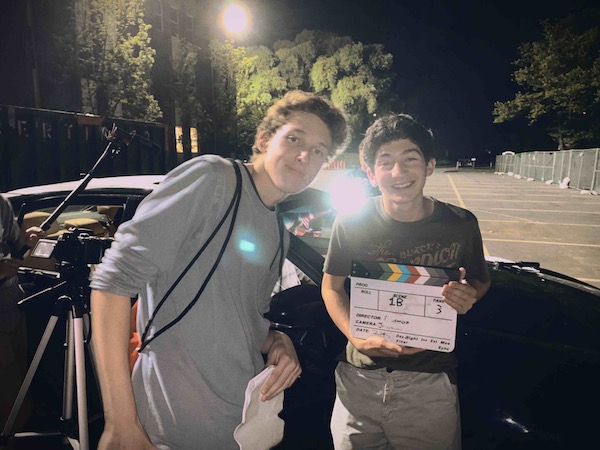 Jake Lubin and Stephen Greenberg posing for a picture before starting scene 4.

The boys met in an online storytelling course that Jake, Sam and Jordan took in the spring of 2020. According to Friedman, “After immediately clicking in that class, Jake sent me a few scripts and we talked about producing one of them. Boy on the Moon won out as the clear favorite, and we immediately sprang into action getting it made. Pre-production took the four producers (Lubin, Friedman, Cascade and Suzman) about a month. This included location scouting, casting, shot-listing, scheduling, and other logistical and creative tasks to get ready for the shoot. I had the most experience directing narrative films, so I took the lead in directing, while Jake took one of the star roles and played Demsky. Jordan was the cinematographer, meaning he was behind the camera setting up the lighting and hitting record. The rest of the crew had various other on-set roles.” 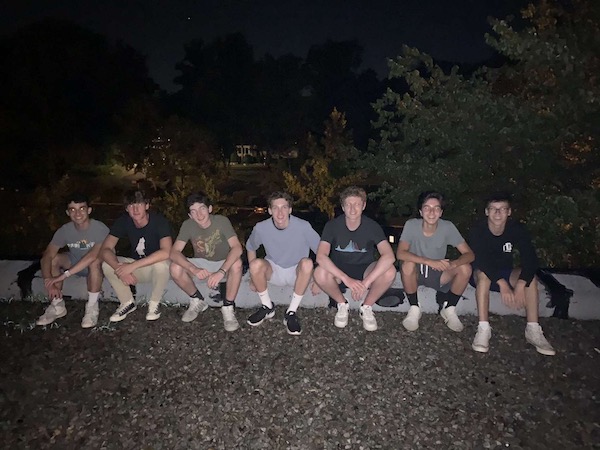 A group shot of the cast and crew at around 3:00am after wrapping the first day of shooting. Jordan Cascade, Ethan Lowey, Jake Lubin, Stephen Greenberg, Sam Friedman, Jeremy Suzman, Ethan Weismer

Asked if they had direction from an adult or mentor, Friedman said, “Jake got feedback from some writing mentors about the script during pre-production, but besides that it was entirely produced by students.”

Friedman edited the film directly after they wrapped shooting. The first draft took him only six days. Once that was done, the four producers had a screening over Zoom when they talked about some edits, and then had the final version finished by the following day. Freidman used Adobe Premiere Pro on his Macbook Pro.

The film was very low budget, and the boys improvised by using props and equipment they already had. They spent a total of $106 for lighting and sound equipment.

After a week of promotion on social media, Boy on the Moon was released internationally on YouTube. You can watch it here:

The Best Shorts Competition recognizes film, television, videography and new media professionals who demonstrate exceptional achievement in craft and creativity, and those who produce standout entertainment or contribute to profound social change. Entries are judged by highly qualified professionals in the film and television industry. Information about Best Shorts and a list of recent winners can be found at www.BestShorts.net.