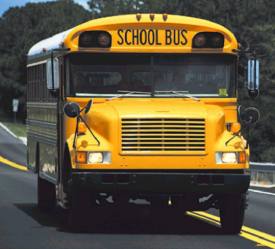 How’s the reopening going at the Scarsdale Schools? According to some parents, it’s been a frustrating experience. After prolonged negotiations between the district, the teachers and parents this summer, it appeared that a balance had been struck between the parent’s wish for some in-person learning and teachers’ desire to limit exposure to students and the virus. In order to mitigate risk, it was agreed that high school students would attend school two mornings per week, middle school students two days per week and elementary school students for two hour sessions, either mornings or afternoons, four days a week with alternating Wednesdays. For high school and middle school students, Wednesdays were set aside for professional development, tutorials and special help.

Though the agreement seemed reasonable to many, once implemented, the plan’s shortcomings are irking many parents and students.

First we have heard from many that in-person teaching is limited. Even when the high school students are in school for their two mornings, their schedules are peppered with free periods and study halls. Parents are wondering why students can’t have a full morning of academics for the limited time they are in class. Who needs to go to school to have a free period?

Another bone of contention is the decision to have no synchronous learning on Wednesdays, which leave students unaccountable on Tuesday nights and Wednesdays. Though there should be asynchronous learning going on, some parents have suggested that their kids can complete their assignments too quickly. They have dubbed Wednesdays, “Netflix Wednesdays” and are asking if Wednesday is the new Sunday. Other parents are asking why teachers are working fewer hours than they would work if students were in school, either in school or virtually.

Compounding the problem is that students are reporting frequent “no-shows” from their high school teachers. Without any prior announcement the teacher failed to appear.

Both parents and students are concerned that at this pace they will not learn the entire curriculum and be ill prepared for regents, SAT’s, ACT’s and advanced placement tests. Some teachers have set the bar low, telling the students that they plan to cover only 54% of the usual material this year. As one mom said, “When I asked for time in school for my son rather than a full virtual program, I was not told that it would mean a tradeoff of 50% of the curriculum. Had I known, we may have opted for a fully virtual program.”

At a recent Board of Education meeting, multiple parents asked why the district could not livestream classes, so that students in one cohort could attend class virtually while the other cohort was in school. This would bar the need for teachers to repeat the same material twice and allow them to cover more ground. Dr. Hagerman responded to the request for livestreaming, saying that “conversations about live streaming are ongoing but that the district is mindful of the student’s amount of screen time.”

Parents of middle school students are finding it hard to have their children unsupervised three days a week. They say that’s a long time for an eleven year-old to engage in asynchronous work and activities. Some are turning to structured programs at the Y or other private schools to keep kids occupied and learning during these long weekdays.

Another mother wondered if the real reason the district wasn’t addressing these issues is that they expected a case or two of COVID to break out soon and force the entire district into a virtual program.

Meanwhile parents and students are betwixt and between, trying to find their stride in this new learning environment.