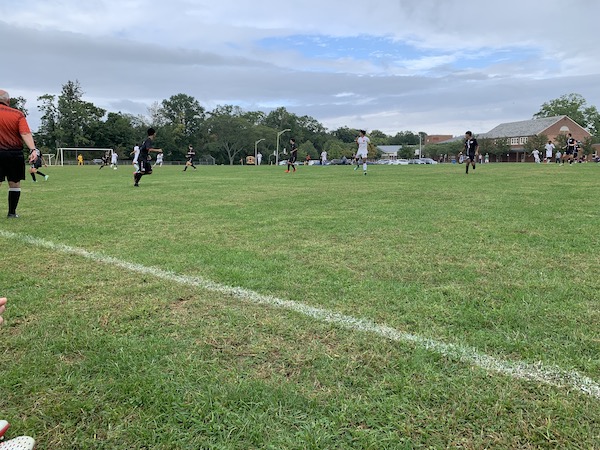 For the past few years – as long as the seniors on the team can remember – there has been a reputation surrounding Scarsdale Soccer built on how “Scarsdale always starts seasons slowly.” This year, an early-season skid was not a worry, even with a disappointing 0-0 opening-day draw against Mahopac.

The Raiders had to wait two weeks from their first match, which was an impressive performance only hindered by goal-scoring woes, to rally the troops and try to pick up their first win of the season. After losing access to Butler Field due to a small hazard on the sideline, the Raiders were able to get to winning ways.

Simply stated, the pitch at Quaker Ridge is not as “nice” as the turf, with real grass and mud leading to a less-slick surface. The match itself is pretty similar to how it would be if played at the preferred venue, but the difference is notable nonetheless. However, safety is the priority, and Quaker Ridge does not have an injury-threatening spot as Butler Field currently does.

White Plains showed up to Scarsdale Boys’ Soccer’s temporary home on 9-17 not knowing exactly what to expect. After all, they only had one Scarsdale game on which to base their scouting. The Tigers soon learned their neighbors are more than just a force to be reckoned with.

The match turned into a Scarsdale scoring and possession clinic. Co-captain Luke Peltz calmly tucked away a penalty in a dominant first half to give the Raiders a 1-0 lead heading into halftime. Even though complacency could have seeped in, an applaudable first-half performance was built upon in the second period of play.

Eli Gelblum slotted away a composed finish to double Scarsdale’s lead. The build-up play was phenomenal, with Zach Ruback brushing by a defender on the right-wing with intricate footwork before playing it to Nico Galeano who fed the ball to the well-positioned Gelblum. Co-captain Kian Batliwalla scored soon after from close range to put the game well out of the visitor’s reach. After putting extra emphasis in training on finishing for two weeks straight, the rewards for the efforts were there for all to see.

Less than 24 hours after the resounding victory which sent waves throughout the section, on 9-18 the Raiders made the short trip to Edgemont. Once more, Scarsdale dominated possession, though Edgemont defended in a deeper block than White Plains did. At first, Edgemont’s deep-lying tactics frustrated the visitors. 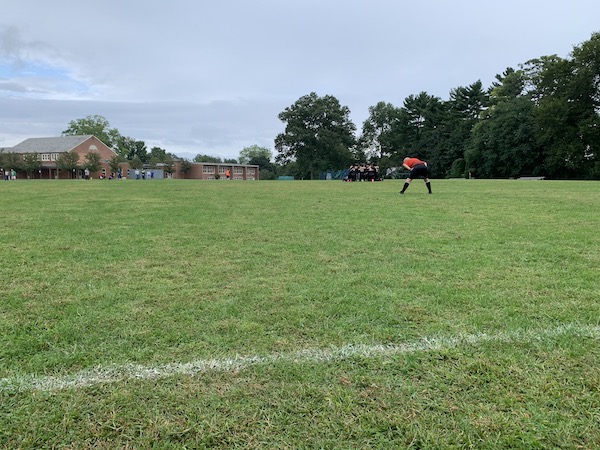 Scarsdale nonetheless controlled the tempo of play in the first half. However, that is not to say Edgemont did not have a fantastic chance to score. From the edge of the 18-yard-box, the Panther’s free-kick was driven low and around the wall and was destined for the back of the net. Co-captain Rowan Haffner had other ideas, getting down low to make a fantastic diving save to preserve Scarsdale’s perfect defensive start to the season.

At halftime, coach Marcos Monteagudo, alongside assistant coaches Andrew Nagel and Carlos Vazquez, made a tactical adjustment to better break down Edgemont’s deep-lying defense unit. Indeed, the subtle tactical tweak was exactly what Scarsdale needed to put enough pressure to lead to a defensive crack. Even though the match’s only goal came from a dead-ball play, it was clear the wise tactical change – one of many potential adjustments up Monteagudo and Co’s sleeves - was working as hoped for.

A Peltz throw-in led to the moment of magic the Raiders were looking for to pick up their first away win of the season. Peltz’s signature long throw found its way through a sea of bodies to Matthew Choe who made no mistake from close range.

After the first three matches of the 2021 campaign, the Scarsdale Raiders Boys’ Soccer Team have already built up a tremendous head of steam. Both the team’s veterans and the rookies have played a key role in the team’s engine. Even if derailed this season, there is no doubting that this team will be able to get themselves back on track as soon as possible.

The strong start to the season cannot be ignored. The Raiders and rivals alike will all have taken note of the breaking of the Scarsdale-slow-start-to-season curse.