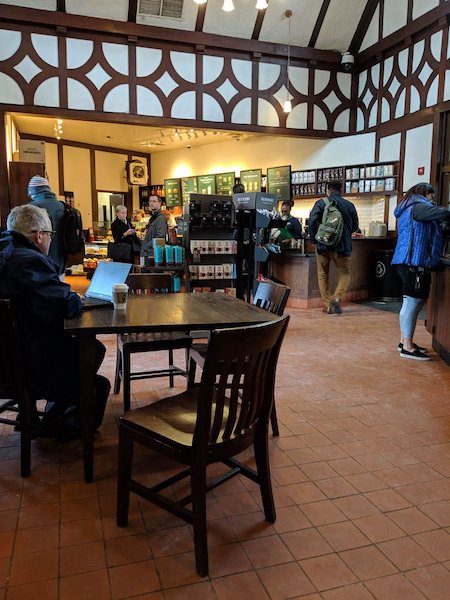 Though some retail locations appear to be coming back from the COVID crisis, others have not.

One popular spot that closed during the pandemic was the Starbucks in the Hartsdale Train Station. The coffee bar was frequented by both commuters and locals who often congregated at the tables inside and outside.

On cold days, commuters could get coffee and stay warm while they awaited their train. In addition, the bathrooms inside were open to commuters and the public.

The building has been shuttered for some time now, leaving commuters to wait for their train on the platform. We reached out to Ray Raimundi at the MTA Press Office to find out when we might expect a new operator to re-open the station. He didn’t offer much hope to anyone waiting for a hot cup of java.

Commenting on the situation, he said, “The MTA has been marketing the space since Starbucks elected to leave when its lease expired. The station building will remain closed until a new tenant occupies the stationhouse. The Hartsdale Station provides heated shelters on the platforms for customers.

Does anyone want to open a concession in Hartsdale?