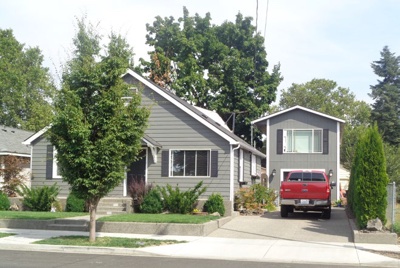 Two proposed laws in the NYS Legislation could have far-reaching effects on zoning in Scarsdale. Both laws would allow state law to override local zoning code to accommodate the construction of affordable housing and potentially greatly increase population density.

The first, Senate Bill S4547A, would clear the way for “Accessory Dwelling Units” on lots now zoned for single family homes. These units could be basement, attic or garage apartments or separate structures built on the property of single home lots.

Modeled after California’s recent laws the bill would require local governments to pass ordinances allowing secondary homes on residential lots, with strong protections to ensure that such ordinances actually allow ADU construction. The bill is targeted both at the legalization of garage conversions, basement apartments and the construction of new units, like backyard cottages. 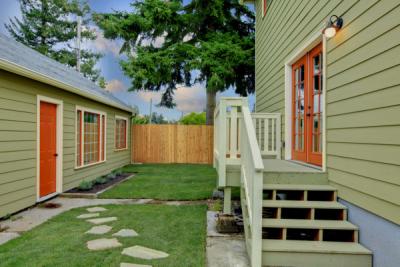 The provisions of the new law are specifically targeted at overcoming obstacles that have been used in the past to block ADU’s. The bill goes as far as to specify that no setback greater than 4 feet is required for an ADU structure, meaning your neighbor could build a second house in their yard just 4 feet from the property line. And what about Scarsdale lot coverage requirements? The new law “establishes that ADUs do not count toward the existing allowable density of a lot.” Will increased parking be required? The bill orders municipalities to “Relax parking requirements for ADUs, including providing that ADUs do not require additional onsite parking and that an existing parking structure such as a garage may be converted to create an ADU without building a replacement parking structure.”

For communities like Scarsdale with detailed zoning laws to regulate lot coverage, building height, setbacks, trees, street parking and more, this new law would trump all those restrictions and permit homeowners and developers to maximize the potential for each lot.

And this not the only bill that has been introduced to increase affordable housing.

A second bill will require communities to permit the construction of multi-family structures on any property within ½ mile of the railroad station.

Under this code, municipalities would be required to rezone areas around rail transit to promote new multifamily housing development. The proposal may allow up to 25 units per acre that is within a half mile of a train station. This Transit Oriented Development proposal may be modeled after recent changes in Massachusetts. Here are some of those highlights:

-The district must be of “reasonable size.”

-Multi-family housing must be allowed at a minimum gross density of 15 units per acre.

-This multi-family housing must be allowed “as-of-right.”

-The zone must be no more than a half mile from a commuter rail station, subway station, ferry terminal or bus station.

-Allowable housing must be suitable for families with children and have no age restrictions.

If this was to pass, multifamily homes and apartments could be built on any lot within a half mile of the train station, including lots that are now zoned for single family homes. Consider Fox Meadow Road, Walworth Avenue and other village streets that parallel Metro North.

How would the Village handle the additional infrastructure needs for water and power? Would the schools be able to handle the influx of children? These are all questions that the state would leave the localities to manage and no state funding would be provided to facilitate infrastructure requirements.

The NYS Conference of Mayors provided testimony on the proposed NYS budget, which includes these two proposals. Here is what they said about the provisions:

These blunt, one-size-fits-all land use mandates – which are not germane to the State Budget-making process – would be the first of their kind in New York and in direct contravention to the State’s long-held approach of locally determined land use planning. Any erosion of home rule zoning powers are likely to result in disjointed development that is out of character with a community’s desires, would generate overwhelming local opposition, and would certainly result in legal challenges to ADU and TOD projects. Universal ADU and TOD standards are likely to have significant, costly impacts that would negate the bill’s underlying intent to expand housing options. Forcing these standards on already established communities without taking into consideration the myriad impacts such abrupt and massive changes would have on the municipality is likely to result in incongruous development, not to mention substantially strained municipal services and infrastructure, including streets, sidewalks, and water and sewer systems.

State efforts to foster the use of ADUs and TODs will only be successful if undertaken in conjunction with New York’s established home rule laws and local land use planning process. A better approach to foster appropriate and successful implementation of ADU and TOD policies would be for the State to facilitate informed local decision-making, including the drafting of model local laws/regulations, analysis of the impacts of adopting such policies, training for local land use officials, and State funding to implement such development. The ADU and TOD proposals advanced in the Governor’s Executive Budget fail to do any of this and, instead, impose a top-down mandate that ignores New York’s sacrosanct tradition of community-based land use decisions.

Larchmont Mayor Lorraine Walsh sent the following email to her residents, asking them to write to their State Senator and State Assemblyman. Here is what she said:

As part of the Governor’s Executive Budget for FY2023, two amendments to NYS land use laws are proposed. One amends the NYS real property law and would require Larchmont to authorize the creation of 1 Accessory Dwelling Unit (ADU) per residential lot. The other, a Transit Oriented Development (TOD) mandate, amends NYS village law and would require Larchmont to permit development of at least 25 dwelling units per acre on any residentially-zoned land within ½ mile of a Metro-North train station.

The stated goal of these amendments is to provide opportunities for increasing socio-economic diversity in communities by expanding the inventory of smaller and/or multi-family dwelling units and also to promote more environmentally sustainable, transit-oriented housing. While I believe these goals have merit, I do have serious concerns about this one-size-fits-all approach.

The requirements for all cities, towns and villages are the same, with no consideration given to area, population size, existing housing stock, or development problems related to flooding, infrastructure, etc. Both proposed amendments are worded in a way which, for all practical purposes, removes Larchmont’s locally determined land use process. Additionally, the normal application review and hearing is circumvented, neither amendment has requirements for the housing created to be affordable, and there is no recognition of, or funding for, infrastructure issues and investments that would be necessitated by increased and hastily-implemented development.

The NYS senate and assembly will present alternate budgets in the coming weeks. I have expressed my concerns to Senator Mayer and Assemblyman Otis and asked that they consider these issues as they work with their colleagues on compromises to the existing proposals. Please let Senator Mayer and Assemblyman Otis know your opinions. As a starting place for more details, here is the proposed ADU (Part AA – page 165) and TOD (Part EE – page 185) legislation, testimony (page 4) from the NY Conference of Mayors(NYCOM) , and testimony from the NYS Association for Affordable Housing.

We wondered if these two bills were likely to pass without public hearings or input from municipalities. Here is a statement from Mike Murphy, a spokesperson for the State Senate Democrats:

"We are currently looking at the proposed legislation that is also included in the Governor's budget and having discussions as a conference while the budget process moves forward. While we understand the need for affordable housing, there must be a balance respecting the essential role local governments have regarding their local zoning."