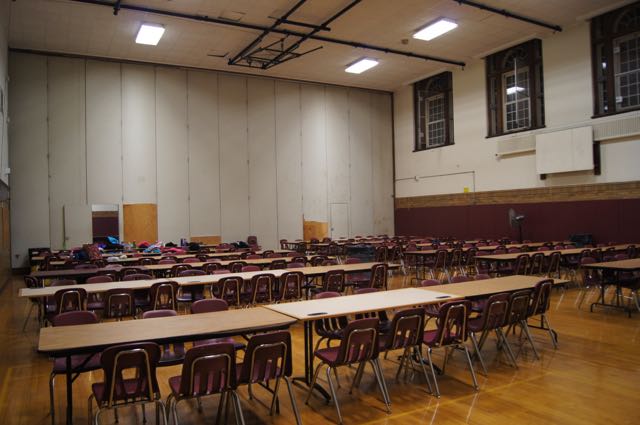 Sections of Scarsdale High School are a hundred years old and showing their age. In fact, a recent tour of some of the schools behind the scenes spaces revealed tired facilities that  would surprise visitors who thought that Scarsdale offers a world-class educational program. In December 2014, the community voted to bring the school into the modern age by passing a bond referendum for $18.12 million. This money is to be used for the purpose of renovating portions of the high school and updating several other district schools.

At this point, the timing for the onset of construction is up in the air. Assistant Superintendent Stuart Mattey, who replaced Linda Purvis, indicated that delays in approvals for the projects at the State Education Department could affect the timeline. In addition, preliminary cost estimates for the work are coming in over budget. This week Mattey said, "We have not gone out to bid yet on the vast majority of the projects that were included as part of the 2014 December vote as we are still awaiting approval from State Education Department. We are hopeful that we will receive approvals in the Spring as currently planned but there is a chance that these approvals will be delayed. Estimates as prepared by the district's architects and construction management firm are coming in higher than originally estimated for these remaining projects and the district and its consultants are currently reviewing these projects for potential efficiencies to reduce costs.The Board would be ultimately responsible for the approving the final bid plan and would rely on the construction committee for a recommendation."

The $18.12 million in funding from the bond referendum falls short of what is needed to construct a design lab and fitness center at the high school, so the newly formed Scarsdale Schools Education Foundation has pledged to raise an additional $2.6 million to supplement the construction budget.

The Foundation leadership is now seeking donations to meet that goal. On Monday night October 26 the Foundation's Executive Director Steve Seward and the Foundation President Ellen Miller-Wachtel along with SHS Principal Ken Bonamo, SHS Athletic Director Ray Pappalardi and teachers Maggie Favaretti and Lisa Yokana led a tour of SHS to highlight the planned renovations. Community members were invited to see areas that will be transformed if the necessary funds are raised.

Principal Bonamo explained that there has not been a major change to the school in twenty years, and since that time, needs have changed. Students need flexible spaces for collaborative learning and design thinking. The curriculum calls for integrating technology into learning and the current structure cannot accommodate items like 3-D printers and laser cutters needed for hands on learning.

The vast school does have unused spaces that have fallen into disrepair. In order to make space for a design lab, an 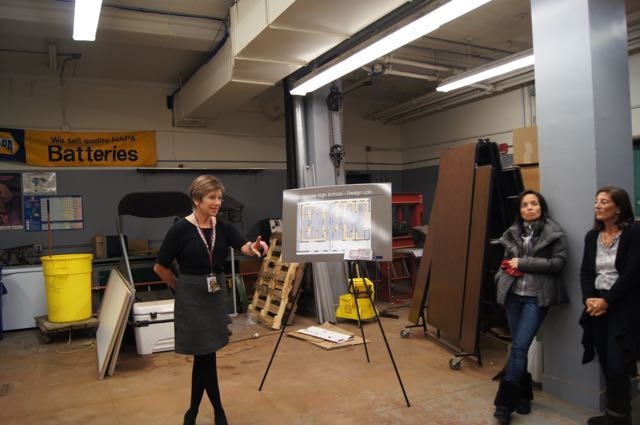 obsolete auto shop at the school will be recreated as a 3,090 square foot maker space, wet lab and tool area. In this area, students can build prototypes and explore disciples such as industrial design, environmental science, robotics, and engineering. The total cost for the construction of the Design Lab is $2,480,000 and the Foundation seeks to raise $1,800,000 to supplement the $680,000 in the budget. 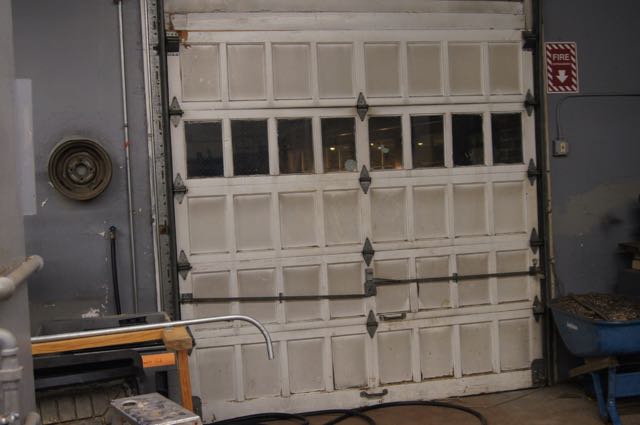 We toured the old auto shop and found that it was being used for storage. The space has not been active for at least a decade. The large garage doors that were used to bring cars inside and out will be converted to doors and windows making the space light and accessible to the outside.

Next stop on the tour was the old gym that has been converted into a food service area for freshmen. The gym is divided with a temporary wall and is not an inviting space. This area is due to be converted into a learning commons with supplemental cafeteria space. 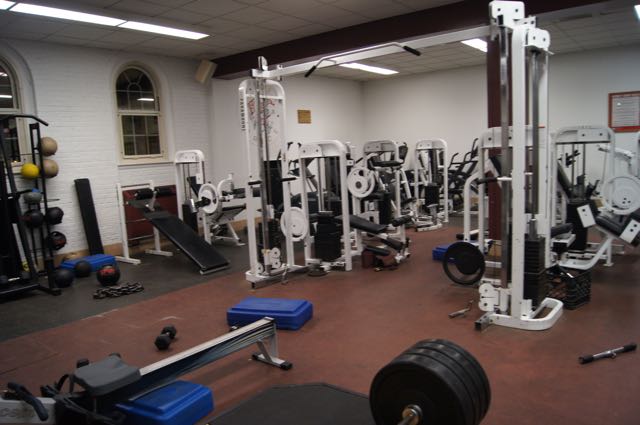 to the fitness center, a crowded room that is clearly in disrepair. It's dark, smelly, unsafe and unappealing. There is poor ventilation and outdated equipment. Pappalardi said, "When I first saw this space I said it was unacceptable." Plans call for a new 6,200 square foot fitness center in the space underneath the new gym. The new fitness center will be safer, lighter and cleaner – and will be able to accommodate both girls and boys. There will be flexible learning areas and training space for athletes and non-athletes. The space occupied by the old fitness center will become part of the new learning commons.

We then went down below the gym to see the space which is also being used for storage. It was vast, had windows along one wall and will be large enough to accommodate two sections of physical education classes at a time. The total cost for the new fitness center is estimated at $1,600,000, of which the foundation pledged to raise half, or $800,000.

Seward indicated that the Foundation is now seeking gifts of four, five and six figures and will later reach out to the community to ask for smaller donations. Commenting on the campaign, Seward said, "Our goal is to raise $2.6 million to support the creation of a Design Lab and new Fitness Center at the high school. We are very encouraged by the amount of interest expressed by Scarsdale residents in these two projects because we will need everyone's support to reach what we know is an ambitious goal.I hope that people who want to learn more about the Campaign will go to our website -- scarsdaleschoolseducationfoundation.org."

Seward continued, "To help spread the word, the Education Foundation has been conducting tours of the sites at the High School that will be transformed into the D-Lab and a vastly expanded Fitness Center. We will let everyone know through 10583 when additional tours are scheduled in the coming weeks. Ultimately, once these projects are completed, they will help transform the educational experience of every Scarsdale High School student."