Greenacres Elementary School Not Quite Ready for Students on Opening Day 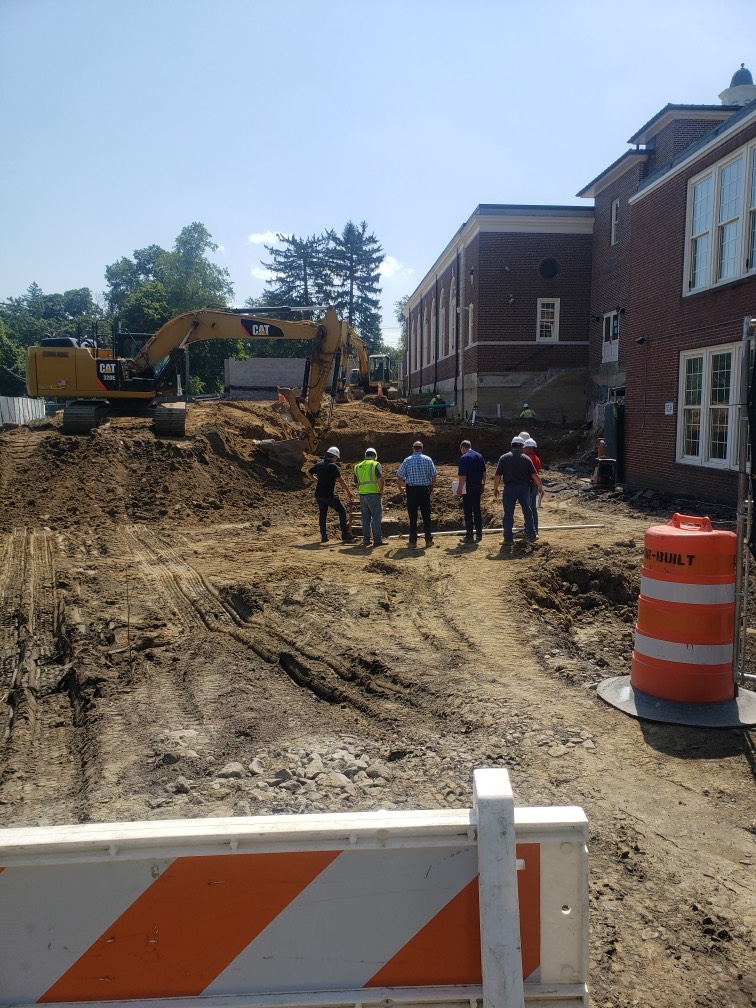 While most families are preparing for the opening of school on Tuesday September 3 by picking out kids' outfits, buying sneakers and backpacks, parents at Greenacres Elementary School have much deeper concerns.

After the district passed a highly contentious bond in 2018 that called for an extensive renovation and expansion of the school with the children inside, the district made plans for a phased construction plan to allow students to use the existing school during the construction. The administration assured parents that the classrooms would be ready for occupation on the first day of school and that the school would be a safe learning environment. Fearing that the interior work could not be done in time, both the Greenacres Building Committee and the District-wide Building Committee recommended there be trailers available if the rooms were not complete, but the Board of Ed decided to remove the trailers from the budget to save money.

This summer, the district embarked on the first phase of the work. They renovated the K-3 classrooms, removing casework, flooring and ceiling tiles and painting, spackling and provided new finishes.

A staging area for construction equipment was set up on the blacktop across the street from the school, and the streets around the school were often crowded with the cars of those working inside. Some excavation and demolition appears to be done outside the school, but the focus seems to be largely inside where the existing classrooms were prepared for the opening of the school.

The district almost achieved their goal of having the classrooms ready in time, with most set up in time for Tuesday. However, two second grade classrooms were not completed in time and the teachers in those rooms will need the first two days of school to set up their classrooms.

According to a letter from School Principal Sharon Hill, students in those two rooms will have the chance to meet their teachers, but then be taken to an available classroom and supervised by one of the Learning Resource Teachers for two days while their teachers set up their classrooms.

Parents also pressed for the release of environmental testing reports before the opening of school. The report was released late on September 1 and reviewed the results of testing of air quality, asbestos and lead. The full reports can be reviewed here. 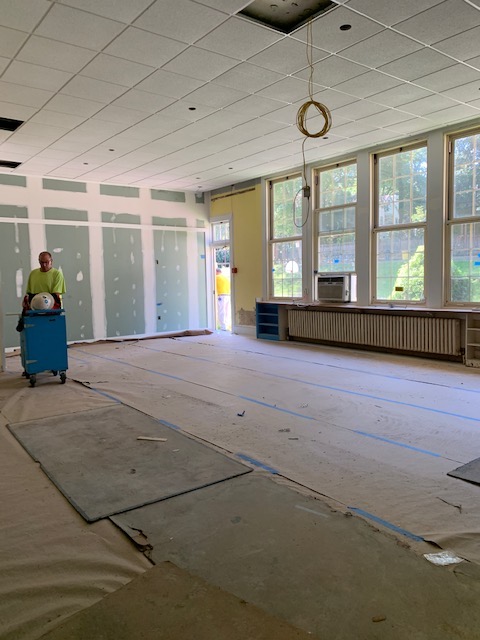 The executive summary states that the air quality was acceptable, though rooms 8 and 9 were two hot and require air conditioning. Asbestos was not detectable. The lead test found that levels in the hallway outside rooms 4 and 7 exceeded acceptable EPA levels on August 30 due to dust tracked in during the construction. The areas were cleaned and retested on August 31 and found to be acceptable.

With the Huntington Avenue side of the school completely inaccessible and the demolition of one the school’s multipurpose rooms, back to school will be anything but routine this year at Greenacres. 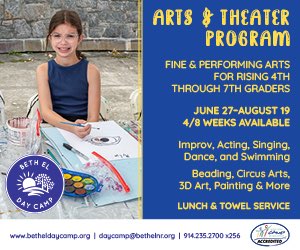