Vaping: Newly Discovered Dangers and the Response of the Scarsdale Schools 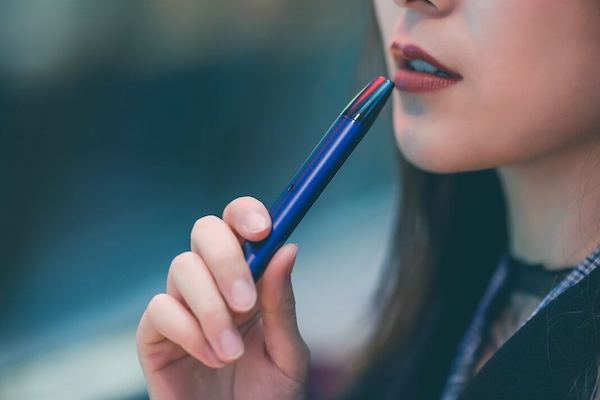 An “outbreak” of lung injury among healthy, young people who vape, Juul or use electronic cigarettes is being investigated by the FDA, the CDC and state and local health agencies. Although certain politicians, parents and anti-nicotine activists have had concerns about e-cigarette use from their introduction, their positions have been easily contested since no negative data on vaping existed. In informal surveys, parents sometimes said they weren’t happy that their kid was vaping but “it was better than smoking cigarettes.” Scarsdale students report that vaping exists within school boundaries as well as outside of the physical grounds. The schools have responded by including vaping as a violation of school policy and defining the consequences.

Is vaping a public health crisis?

-As of the end of September, the CDC reported 1,080 lung injury cases likely related to e-cigarette use (100% of people reported regular vaping).

-19 people, almost 2% have died. There is limited information regarding the recovery of others. More information will help inform policy.

-80% of vape-related lung injury cases are in people 35 years old and younger.

What is in the liquid used to vape?

“Vape Juice” is typically 95% propylene glycol and glycerin; the remaining 5% is made up of flavorings, nicotine and “other additives.” Over 80 chemicals have been found in e-liquids including formaldehyde, several heavy metals, VOCs (Volatile Organic Compounds) and other ultra-fine particles. We are several years into the vaping trend and the use of the device has changed (as some predicted) and people are filling them with store-made concoctions (called e-juice or vape juice), finding great deals online from random manufacturers or filling up with THC-based or CBD oil. THC is the mind-altering part of marijuana. There is limited FDA oversight at this time so the e-liquid can have unknown additives and the nicotine/THC/CBD amounts are variable. There are certain manufacturing standards, but these seem hard to enforce. People can add other substances to the liquid and sell it second-hand since vaping devices are refillable. Whereas manufacturers market the liquid ingredients as “safe,” (some parts even organic), the aerosolized oil that is breathed into the lungs and its impact on humans is in question.

The device can look like a regular cigarette, a hookah or (commonly) a USB drive. Most have a battery, a heating element and a place to hold a liquid. Some have an LED light that glows upon inhalation. When a person “vapes,” they are heating the liquid and it is being turned into an aerosol for inhalation.

Why is vaping so tempting for teenagers?

There has been increasing debate about whether the e-cigarette industry targets teenagers with their ads. Juul along spent $104 million dollars advertising in the first half of 2019. The laws that govern the tobacco industry do not apply to e-liquid and vape pen manufacturers. There is the perception that vaping isn’t nearly as dangerous or addictive as tobacco cigarettes and they can be used much more discretely with no lasting smell. With hundreds of flavors and a simple click of a button claiming to be 21 years old on any online retailer’s site, one can order a vape pen and vape juice. Flavors include I love Donuts, Blueberry Cobbler, Loaded S’mores, Buttered Popcorn, Lucky Charms, Cookie Butter, Army Man, The Man e-Juice, Madison/Lacrosse/Green Bay, Unicorn Milk, Teacher’s Pet, Magic Man, White Chocolate, Bananas Foster...you get the idea. And, of course, when you buy the Cannoli Flavor, there’s a picture of the most delectable looking cannoli pictured next to the liquid.

What are the known negative effects of vaping?

According to data coming out of Yale Medicine, when you vape on a regular basis, the nicotine causes your body to slowly cut back on the amount of dopamine you produce. Dopamine helps regulate moods. As a person grows addicted to a substance, not only does the body fail to produce dopamine, but the dopamine receptors in the body can change shape to fit themselves to the addictive chemical and thus become unable to link with natural dopamine. Attention, memory and learning are all affected by high levels of nicotine in the body. Nicotine addiction makes it easier for a person to have subsequent addictions.

According to SHS Assistant Principal, here's the District's policy on vaping:

From the student handbook: "SMOKE, TOBACCO/ NICOTINE FREE SCHOOL Tobacco/Nicotine is a major health hazard for users and non-users alike. In compliance with state and federal law and Board of Education policy, the Scarsdale High School building and grounds are tobacco/ nicotine-free. We remind students that the sale of tobacco/nicotine to minors is illegal. Using tobacco/nicotine (including e-cigarettes or vaporizers) anywhere on school property, including private vehicles, is prohibited.”

“It is important to note that we consider vaping a serious health issue for adolescents. In all cases, we refer the student for counseling in school. This year, we are going to have a Nicotine Cessation program, which will be designed for students who are using and/or addicted to electronic delivery systems for Nicotine, such as Juuling.”

What is the penalty for a child caught vaping on school property? What if they are caught just with the device?

“Consequences for students may range from the loss of free periods to school suspension, depending on the location of the incident, the attitude and response of the student and the repetition of such incidents."

What has the parent response been, overall?

“The responses from parents have varied. That said, the vast majority are interested in helping their children recover and stop using.”

What measures has the District taken to prevent vaping at school?

“The District and school have provided targeted educational programming (assembly programs, parent education, and enhanced curriculum) to educate students about the dangers of vaping. We have also developed enhanced supervisory protocols to monitor bathrooms where vaping often occurs. Administrators, safety monitors, and building aides check vulnerable spaces (bathrooms and locker rooms) on a regular basis. The ‘stealth’ nature of electronic delivery systems does complicate this process. Regardless, we have seen a reduction in the numbers of students who have been caught vaping in these vulnerable spaces.”

Has there been any discussion about vape detectors in the district like some schools in North Carolina are considering?

The District is considering the use of sensors in bathrooms and locker rooms.

As with anything school related, it is important for parents to be familiar with school policy and enforce it on their end as well. With official warnings being circulated about the potential dangers of vaping, and with teens being a vulnerable and targeted population, it’s only a matter of time until the data dictates the law.