Back to School: One Year Later: Board Reviews Return to School, Proposed Calendar and High Risk Sports 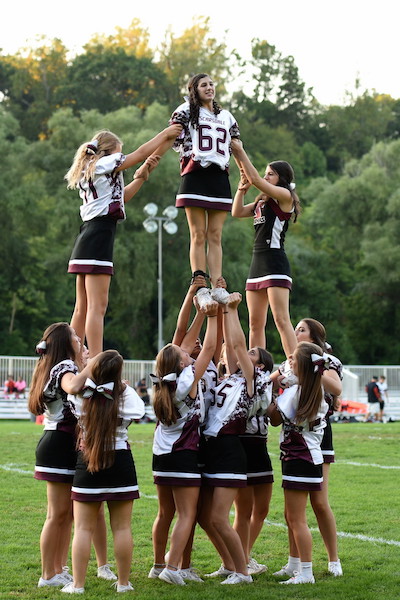 The community breathed a collective sigh of relief on Sunday March 7 when an email arrived from School Superintendent Thomas Hagerman announcing the full re-opening of all Scarsdale Schools. The announcement came a full year after schools were suddenly shuttered on March 9, 2020. At the time, no one imagined that the district would still be dealing with the virus 12 months later.

This year, plans were already in process to bring elementary school students in grades three through five into school by March 22, 2021 where they will join grades K-2. At the middle school, an additional day of hybrid learning was slated to begin on March 10 and high school students began to have two full days, rather than two half days on March 8, 2021.

At the Board of Education meeting on Monday night March 8, Dr. Hagerman cited the drop in the infection rate to 3.9%, increased availability of the vaccine, favorable trends in the data and academic and emotional difficulties with hybrid learning to support the decision to return to full time in school learning. The middle school will open to full time in person learning on April 12, with the high school to follow one week later on April 19.

He noted that health and safety will remain a priority and, to that end, many precautions would be taken. At all of the schools, if students cannot maintain six feet of social distance, plastic barricades will be installed at desks to shield students and teachers. At the middle school and the high school, students will be encouraged to eat lunch outdoors when the weather allows. If high school students eat inside, they will need to record their seat number by scanning a code which will allow the school to undertake contact tracing should it be necessary.

Scarsdale High School Principal Ken Bonamo discussed the high school schedule starting April 19, saying some teachers wanted to maintain Wednesdays as a day for meetings with small groups and other activities. However he said, “This is still under discussion… we will probably go back to the pre-pandemic schedule. The kids are used to it and most have some familiarity with the regular schedule.” He added, “We will instruct students on how navigate the new schedule.”

The Senior Options program that allows seniors to work outside the school, will begin a few weeks later than usual this year. This date change will give returning seniors a full month in the building before the end of their formal class schedule.

Though the virtual option will remain for those who choose it, the district is asking everyone at the middle school and high school to choose a program to stick with through the end of the year. The memo says, “On the secondary level, the virtual-only program will also remain unchanged; however, families will no longer be able to move in and out of virtual-only after the start of full, in-person learning. Students with excused absences will still be able to zoom into classes, but all families must choose whether they will participate in in-person or virtual-only learning for the rest of the year. Building-level surveys will be sent in the coming weeks to record family choices. “

Commenting on the news, Irin Israel, who was an advocate to reopen the schools said, “I am excited that we are exploring safe options to increase in-person schooling and taking this step forward." 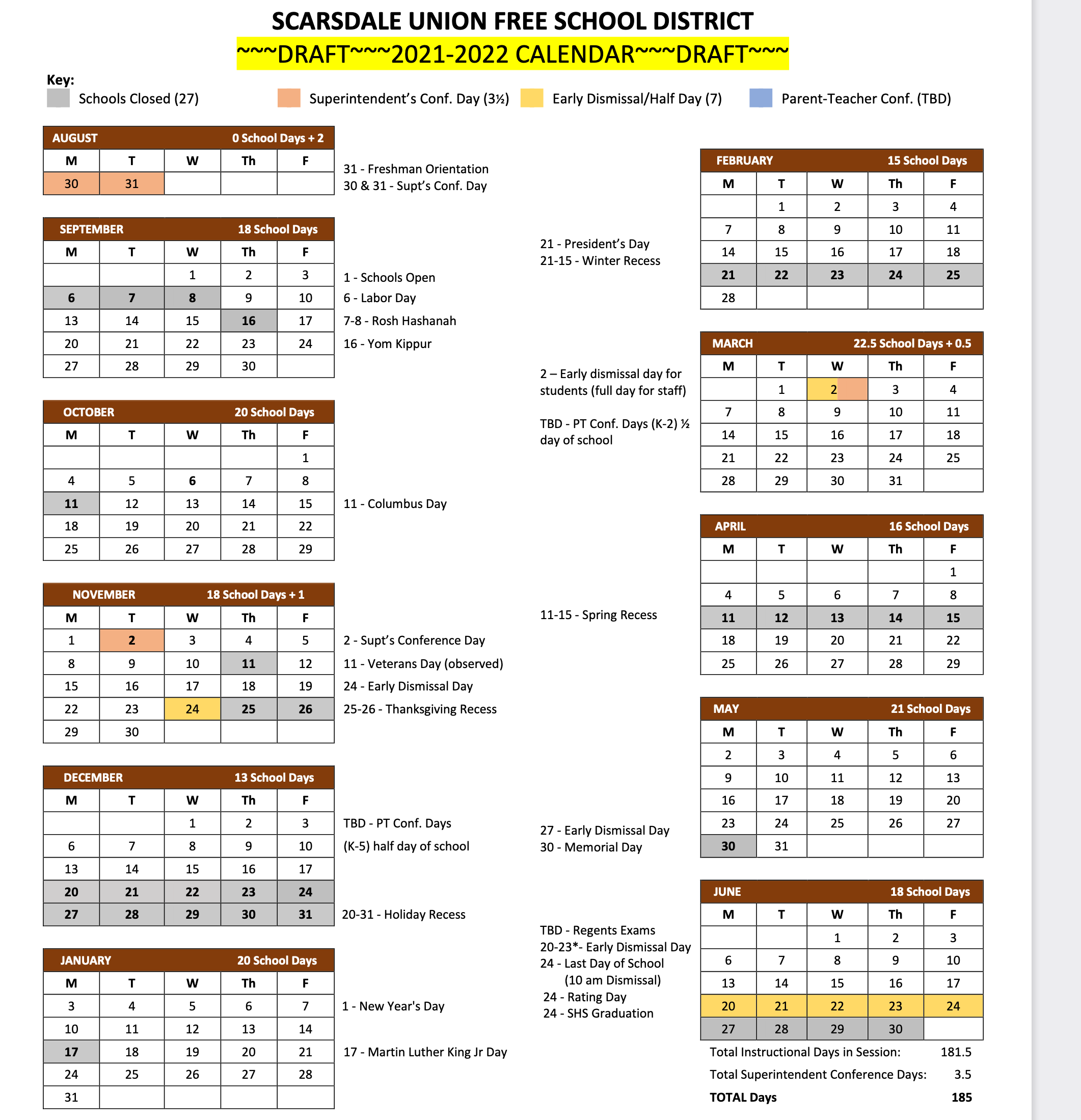 Also discussed at the meeting was the proposed 2021-22 school calendar. Assistant Superintendent Drew Patrick explained the parameters for the schedule. He said, “School cannot begin before September 1 and the last day of school is designated by New York State. The district can hold conference days before September 1. The civil service contract calls for 16 holidays.”

That said, the draft calendar calls for school to begin just before the Labor Day weekend on Wednesday September 1. However Labor Day is on Monday September 6, followed by Rosh Hashanah on September 7 and 8, giving students a five day break right after they go back to school.

Christmas break is a full two weeks from beginning on Saturday December18, 2021 with kids returning to school on Monday January 3.

There is a one week break on February 21 and spring recess for another week on April 11. Graduation is on Friday June 24, 2022.

Karen Ceske reported that the Board’s Committee on Community Engagement had met and put together a chart of possible engagement opportunities.

They made two recommendations for consideration at the Monday night meeting: 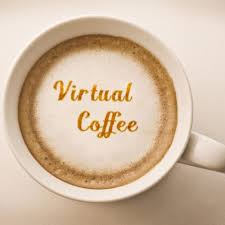 1) Virtual Board Coffees, a less formal way for people to share their thoughts with two or three board members. They could be held for specific groups or on selected topics and would be an opportunity for an informal exchange. Scheduling could be flexible as all board members would not have to be present.

2) Utilizing the Community Leaders email list on an ongoing basis. The board could ask members for opinions on key issues, and leverage board partnerships.

Board President Pam Fuehrer asked that the coffees not begin until after April 19 when people might have specific questions about the return to school.

Discussing the coffees, Ron Schulhof said, “I would like to use these to get some information. For example, many chose to leave the district this year. I would like to know why.”

Alison Singer said, “When we used to have the coffees, the real value was that there was no agenda. People could raise issues that we were not aware of in an efficient way.”

Bob Klein said, “I’ve heard that a Board meeting is an intimidating environment to speak. A coffee is a venue to have a community conversation about things that may not surface in this agenda.”

Dr. Hagerman said, “A couple of caveats. There is really no such thing as casual board work. It puts the board members in a precarious situation, particularly if there is no agenda. Because the board has not spoken or reached consensus on these topics…. It starts to create issues within the board about what was agreed to or what was shared with the community. I think we have to be careful or speak to our attorney about the kind of things that would be permissible in that environment. I support this goal but we have to be careful about setting people up to speak for the board.”

Carl Finger supported the idea of the coffees as another way to get feedback. He thought board members could manage the conversation to avoid the issues Dr. Hagerman raised.

The Board agreed to continue to discuss and clarify these ideas at their next Community Engagement Committee meeting.

Athletic Director Ray Pappalardi came before the board to get their authorization to move forward with Fall II Season higher risk sports and to allow football, volleyball and boys lacrosse to play interscholastically.

He said, “We have been fairly fortunate this season. We have had only three quarantines from high risk sports. The effective positive rate among athletes has been 3%.

He reported that they were monitoring changes to guidance from the AAP who says that masks should not be worn for cheerleading and gymnastics because they may get caught or be a visual hazard. For wrestling masks are not recommended unless there is an adult monitoring the match.

Pappalardi was not recommending competitive cheerleading on advice of legal counsel as masks could cause catastrophic injury. The resolution did not include interschool competitive wrestling due to the issue with the masks.

Pappalardi explained that cheerleading is a risk especially for stunts when balancing or throwing a person while wearing a mask could be a problem. Though other districts approved cheering he did not think they read the regulations.

Alison Singer asked, “How are other schools doing cheering competitions?

Pappalardi said, “Cheerleading teams are competing by team – they are the only ones in the room. The competitors are wearing masks. I think it is smart and well run.”

He said, “We have two sets of guidance. You can’t wear masks in a sport because they are dangerous, and you can’t socially distance. Our lawyer has us.”

About wrestling he said, “For wrestling 43% of all infections spread comes from wrestling of all sports.

Dr. Hagerman said, “We brought this to the board because we wanted to bring you into the conversation.”

Pappalardi said, “You can’t rationalize it or make sense. We can just go by the rules and see if we’re willing to accept the liability. There are inconsistencies.”

The board had considerable conversation about allowing wrestling and cheerleading against their lawyer’s counsel. The wrestling seasons had only one week left and there were no competitions scheduled. For cheerleading, in school practices were approved by the lawyers, but out of school competitions were not as there are separate competition guidelines.

Before voting, Alison Singer proposed amending the resolution to include wrestling and cheerleading for interschool competition. Singer said the way the cheerleaders practice and the way they compete is identical. Amber Yusuf agreed about the cheerleading rules. However, the amendment did not pass. They then proposed including wrestling , but not cheerleading, for interschool competition and that passed. They also asked Ray Pappalardi to inquire if the AAP or the Department of Health would consider changing their recommendations on cheerleading and to bring any updates to the board.

The board accepted a gift of a ZEISS Stemi 305 educational microscope and Axiocam 208 color digital camera valued at $3,583.00 for the high school.

Here is the latest proposed budget: