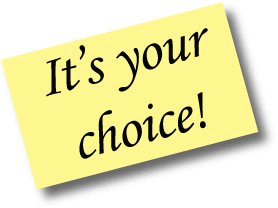 This is the opinion of Scarsdale10583 site founder Joanne Wallenstein

I have always been a big supporter of the non-partisan system and served on the School Board Nominating Committee for five years, two as the Vice Chair, the last to replace someone who was unable to serve. It was an honor and an eye opener into the diversity of viewpoints that the committee brought to the table. Due to their own upbringings, their professional lives and experience as parents and volunteers in the community, the 30 representatives had unique perspectives on what the school board needed and who would make the best candidate.

From what I can surmise, this year was no different. The deliberations from the SBNC yielded some surprising results, in both who they chose to nominate and who they passed over. Similar to circumstances three years ago, the SBNC did not re-nominate the standing School Board Vice President who was poised to become President of the School Board in July. Instead they chose two relative newcomers to the process. Jessica Resnick-Ault, a journalist, who has lived in Scarsdale for only six years and Jim Dugan, an attorney who has lived here for 15 years and done extensive volunteer work for his church and served on the CNC but was relatively unknown in school circles.

Given the most unusual circumstances this year, it makes sense that the SBNC would not just do the usual. For the first time in Scarsdale’s history, school buildings were closed for months and students struggled to learn remotely. When the district deemed it safe for some to come back to school the return to school was very cautious and too slow for many who felt that all options were not explored. Parents were frustrated by a lack of transparency and understanding about district decision making. Experts from the community who raised their hands to help interpret COVID guidelines and propose solutions were often turned away.

Of course since the SBNC deliberations are confidential, the public will never know what was discussed and the reasons for their decisions. However, from my experience I am certain that they did their due diligence. Their process includes vetting the candidates by speaking to others in the community who know and work with them and can vouch for their fitness to serve. With 30 voting members, the SBNC represented a range of views and had the chance to thoroughly discuss the merits of each candidate. The community should have confidence that the two candidates they selected will make good listeners, responsible stewards and represent your views.

As a reporter and union leader Resnick-Ault makes her living asking hard questions and says her experience with the union will help her build relationships with the teachers. Dugan is an experienced litigator and counselor and has pledged to bring his decision-making and consensus building skills to the table.

With the district at a crossroads it also makes sense that some independent candidates would choose to run. Following current Board President Pam Fuehrer, who was also not re-nominated by the SBNC for a second term after a divisive battle about the Greenacres School, current Board Vice President Alison Singer has decided to run independently for a second term. Singer has garnered the support of many past and current Board of Education members. At the LWVS Candidates Forum on May 2, 2021 she acknowledged that the Board might have better communicated but defended their actions this year. She argues that her experience, knowledge of Board regulations and the relationships she has built make her invaluable to the Board. Responding to claims that the Board failed to exercise oversight, she said, “We set policy and charge the superintendent with carrying it out…. We have to trust in the district’s educational expertise.”

Irin Israel, a parent who was outspoken at Board of Education meetings this past year, has also thrown in his hat. He made his mark by demonstrating that school facilities could accommodate students at a distance of six feet apart, FOILED school documents and asked why the district was not forthcoming with the reasons students could not attend school. If Singer represents the existing order, Israel is clearly a disrupter and an advocate for amending board protocols and permitting free discussion among board members and interchanges with the community.

Though the non-partisan process has served the Village well for decades, there are times, like these, when the community can benefit from giving the voters a choice. During this past school year, frustrated parents said over and over again, “the Board and the Administration are not listening to us.” So now, each individual voter will have the opportunity to make their voice heard. The outcome of the election should give the school administration and the board insight into the community’s psyche and how to navigate the future.

Fortunately an arcane voting provision was recently amended and now the top two candidates will win the seats on the board. In order to decide how you should cast your vote, watch the candidate’s forum run by the League of Women Voters on May 2, 2021. They asked probing questions and got revealing answers that will inform your decision on how to vote on May 18, 2021.

Remember to vote on Tuesday May 18 at Scarsdale Congregational Church, 1 Heathcote Road from 7 am to 9 pm.