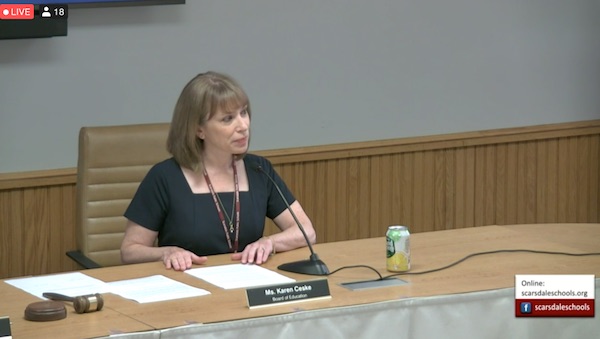 However, neither the School Board Nominating Committee (SBNC) nor the voters bought in to this idea, and she failed to win the nomination of the SBNC, and then did not garner enough votes when she ran as an independent candidate.

Some saw her loss as a backlash from voters who were unhappy with the district’s response to the COVID crisis. With schools closed and the administration resisting calls for a timeline or metrics for reopening, many parents expressed dissatisfaction with the length of the school closure and the lack of transparency around decision-making.

Rather than re-elect the current Board VP, voters chose two newcomers, Jim Dugan and Jessica Resnick-Ault. The two candidates promised to listen to residents and improve communications. 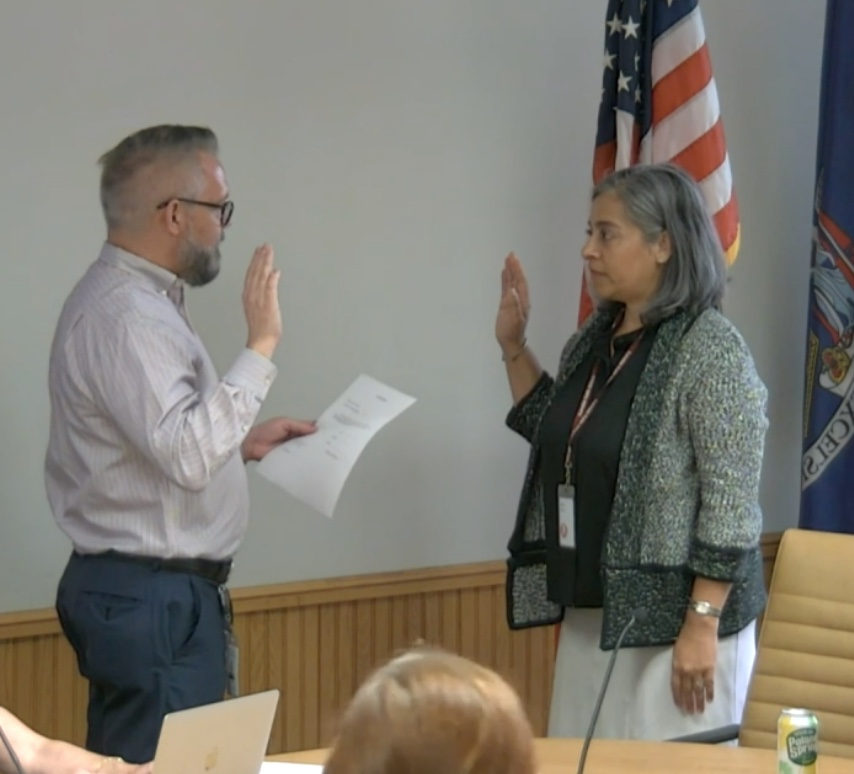 Amber Yusuf being sworn in by Superintendent Thomas Hagerman.

Before Dugan and Resnick-Ault took their seats, at the final meeting of the previous board on June 21, the outgoing board voted to extend the Superintendent’s contract, adding a fourth year to the three remaining years on the contract which now runs to 2025. Though there was over an hour of public comments objecting to the contract extension, the Board approved it, with the only dissenting vote coming from Ron Schulhof. Board members Amber Yusuf abstained and Karen Ceske did not attend the meeting. This move, by an outgoing board, after perhaps the most contentious year in the history of the Scarsdale Schools, further enraged some community members. In the meeting highlights, emailed from the administration to the community to recap the proceedings, the hour long discussion of the superintendent’s contract was omitted.

At several meetings during the last school year, Schulhof had attempted to speak out on behalf of concerned parents and at one meeting he was silenced by Board President Pam Fuehrer. Last year he served on both the district Restart and Communications Committees, giving him added insight into the workings of the administration and the views of parents, who appeared to see him as more sympathetic and responsive to their concerns.

Following the heated Board of Education election, some hoped that the Board would elect leaders who would exercise more oversight over the administration and challenge decisions rather than promote the administration’s agenda to the community.

However, at their first meeting of the new board on July 7, 2021, it was business as usual. There was no sign that the contentious election and surprising results had impacted current board members. By a vote of four to three, the Board elected Karen Ceske and Amber Yusuf, two community volunteers and former PTA leaders, who seem to be very much in line with the former Board President and Vice President. 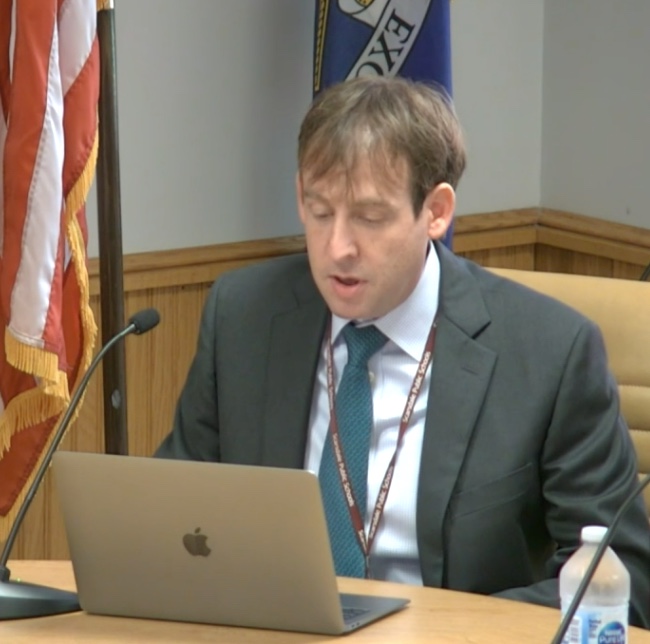 Ron SchulhofFor President, there were two nominations. Karen Ceske was nominated by Board Member Carl Finger, and Ron Schulhof, was nominated by Jim Dugan. Schulhof shared his guiding principles and said his focus would be on education and the students, along with listening, community engagement and collaboration with all stakeholders. He said, “We have exciting opportunities before us and I look forward to discussing topics to pursue with other Board members.” He also said, “I have the time to put into the job and I have relevant experience.”

Ceske and Schulhof both had similar tenure on the board, as they were both elected in 2019. Both served on the district communications committee last school year.

When the superintendent called for votes, Ceske was elected Board President with ayes from herself, Carl Finger, Bob Klein and Amber Yusuf.

Schulhof then ran for Vice President, but also failed to get the necessary votes, losing to Amber Yusuf, who had less board experience, by a vote of 4-3.

If the Board had wanted to embrace the factions of the community that were disenfranchised last year, they might have extended an olive branch by electing Schulhof as either President or Vice President. This might have helped to build consensus and community support. Instead, it appears that four of the board members closed ranks to resist opposition, despite clear signs from the community that they want change.

This is the opinion of Scarsdale10583 site founder Joanne Wallenstein.