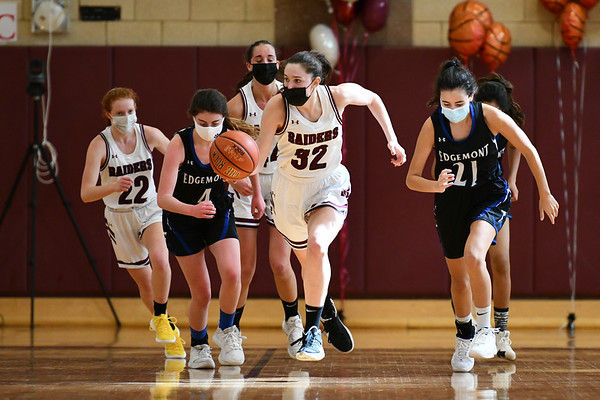 Though some say the end of the pandemic is in sight, students and parents are weary and frustrated with almost two years of restrictions that have cast a shadow over important years of their lives.

At the Board of Education meeting on Monday night January 11, Assistant Superintendents Rauschenberg and Patrick provided updates on COVID numbers, its impact on the schools and the steps they are taking to remain open.

As of January 9, the county reports a 20.7%% positivite rate among those who are tested, a number that was previously above 30% and is headed downward. However, Rauschenberg reported that there have been 317 COVID cases in the school in the last 10 days, broken down as follows:

How is the staff? As of Friday January 7, 83 staff members were positive and there were 266 absences over the last four school days. Patrick said, “We have exceeded 10% (staff) absences and are still running schools.”

The administrators defended an unpopular ban on spectators at sports events, concerts and plays that has prevented parents from seeing their kids perform. Physical Education Director Ray Pappalardi explained the policy which forbids all non-essential visitors to the school buildings. He said, “Several teams were on pause because of the volume of COVID cases during the break.”

Rauschenberg said that even if masked spectators remain six feet apart in the gyms or auditorium, problems arise when they enter or exit the building or mix during intermissions. He said, “When we allowed parents to attend performances, it wasn’t just the seating – it was the entrance and mixing during intermission which created a captive audience for spreading COVID.”

Both Board members and parents expressed frustration with the policy, claiming that masked and distanced spectators posed little risk.

Board member Jessica Resnick Ault asked, “Could spectators enter the gym directly without going through the school?” She also asked, “What happens at away games?” Pappalardo responded, “The home schools rules apply. Our parents can attend away games.”

Board member Ron Schulhof made a plea for a change saying, “We have certain constraints but we have to help every kid. I don’t think spectators are part of our risk mitigation and it is having an impact on student’s mental health. It’s not just two weeks – it’s two weeks after two years.”

Board member Amber Yusuf asked what the metrics would be to change the policy – and whether we would consider numbers from the county or the schools.

Commenting remotely, Jim Dugan said, “My kids are swimmers. This might be the only time in their lives they will do varsity sports. Not having spectators is a downer. It impacts performance and the joy they will get from it for the rest of their lives. I see it in our family. I implore the administration to come up with a workable solution to allow spectators at sports programs.”

Parents were even more passionate. Former Maroon and White President Kate Conlan made the following statement and presented the chart below of the policies of neighboring school districts:

“Tonight I am here to speak about the sports spectator ban. Sadly, we have to say that we are disappointed with the BOE, the administration, and Dr. Hagerman. This spectator ban was not developed based on science or the guidelines from the CDC or NYDOH. There was no public or student input, and the response to our objections so far has been deflection, without providing any transparency or justification for the decision. The closest thing to an explanation we received said: “Since the main goal is to keep schools open and to keep sports running, we have had to adopt stricter health and safety procedures.”

Let’s be clear about this statement. The Administration absolutely DID NOT have to ban spectators from games. There is no Federal mandate, state mandate or county mandate requiring this action. The administration unilaterally CHOSE this policy, a policy that is overly punitive, ineffective, and out of step with regulatory guidance and the sober judgement of all of our neighboring school districts.

These kids know the science. They know that COVID does not spread in a gym with masked individuals socially distanced. They know the CDC guidelines suggest no more than 50% capacity in gyms and arenas. They see their neighboring communities and that these communities allow spectators at games. They see their parents watching them play at away games, but not in their home gym. The students also know that the district is not acting in the best interest of the athletes – for no apparent reason, and definitely not based on the available information. These kids know that they are being punished. These kids know that the spectator ban is overreaching and does not provide any health benefits.

I implore you to talk about this ban tonight and swiftly come up with a reasonable policy like 4 spectators per athlete in our 700 capacity gym? Please don’t put this off for two weeks—the kids have been punished enough. This is not just two more week of these kids’ lives but they have been dealing with this for 2 years. For most of the seniors, this is the last season they will play their sports. They were denied spectators last year, and January is the core of this year’s season. They will never get these games back. Please don’t rob them and their families of another moment, another memory. Please be reasonable, understand the urgency, appreciate how out of step and needlessly putative Scarsdale spectator ban is with the rest of the country, and act tonight.”

Eric Miller of Overlook Road said, “I have a kid who plays basketball. This policy is Inconsistent with what’s happening across the county. The end of January is a lifetime from now. Four board members gave good reasons why the spectator ban should be lifted. You can enter the building through the gym doors. The fact that we are all here for four hours is completely inconsistent.”

Jen Sussberg said, ”I wasn’t planning to speak – but we are here for our students. The policy is not consistent. We have guests here tonight! We have so many games in the next two weeks – it leads us to the end of the season. Discuss it tonight in the interest of the students.”

Sarah Hopkins commented remotely saying, “This pandemic is in its third year. It’s not the kids fault that they are tired of these restrictions. This is contributing toward mental health issues… We are all going to get COVID – there is no reason to act the way we are. My son is cast in a high school play that will be ZOOM only again. Our policies are hurting our kids.”

Commenting after the meeting, Irin Israel said, “While the omicron variant of COVID is absolutely a concern, and we want to ensure that its spread does not lead to quarantines and school closings, it is always important to add risk and tradeoffs into the equation. As one parent at the Board meeting eloquently stated, by keeping our masked, distanced, vaccinated children’s parents out of the gyms during games, we are merely keeping away the only people that they are exposed to unmasked all day at home. Additionally, admitting around 30 parents to ventilated gyms with maximum capacities of hundreds does not move the risk needle.

Most importantly, when the Scarsdale school district is an outlier, especially a lone outlier, it is worth re-examining whether we are at the forefront or whether we are missing something. In this case, over 25 local school districts are allowing at least a limited number of parents to attend games – with Scarsdale being the only one that is not. We need to reassess what we are truly preventing versus what we are actually missing – both in the science and in our children’s lives.”

Responding to the outcry Rauschneberg said that the district had received new guidelines from the state, just 30 minutes prior to the meeting. He said they would read and digest them and make changes accordingly. He said, “We will see what’s going on with our students and decide whether or not we can safely go back.”

Dr. Hagerman agreed, saying, “We will look at the new guidance and decide how to proceed with the visitor policy.”

Parents, who hoped the district would reconsider the policy at the Monday night meeting were disappointed that the Board failed to act. As Kate Conlan said, “Please don’t rob them and their families of another moment, another memory.”