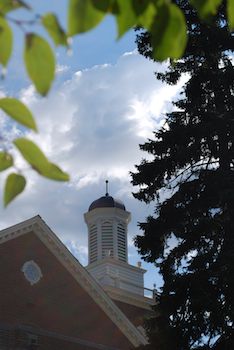 (Updated August 25, 2022) Transparency and open dialogue were the themes of the first meeting of the 2022-23 Scarsdale School Board who convened for an extra early meeting before the opening of the school year on September 6, 2022.

After a school year marked by subversion and secrecy that ultimately resulted in the early resignation of the superintendent and sanctions against other administrators, newly elected Board President Amber Yusuf’s first words were to convey the Board’s commitment to transparency, open communication and oversight.

She referred to the tax matter, in which the district had been assessed penalties fines and a lien for mistakes in the payment of withholding taxes and also referred to an upcoming report from Nawrocki Smith LLP who were retained to conduct an audit of the district’s withholding procedures. She also vowed to conduct a transparent search for Scarsdale’s next Superintendent of Schools.

Interim Superintendent Andrew Patrick echoed these themes in his update on the IRS issue, which appears to be almost totally resolved.

Here is his statement:

Next, regarding the District’s Q3 2020 Form 843 request for abatement and claim for refund, the District has been notified by the IRS that a refund in the amount of $100,243.55, representing penalties that have been abated is due to the District. The District’s tax attorneys are continuing to follow up with the IRS on the status of that refund check.

Therefore, once the District receives this remaining $100,243.55 refund check from the IRS, the District will have recovered and received abatements and refunds of penalties in the substantial amount of $844,000, which is essentially a full offset of the $843,558 Q4 2020 tax payment that that Board authorized on March 30, 2022 and that the District paid to the IRS shortly thereafter.

The District has been notified by the IRS Independent Office of Appeals that all penalties assessed and interest associated therewith in Q4 2020, totaling approximately $534,000, have been fully abated, the Collection Due Process hearing is now complete, and the lien against the District should self-release within approximately 30 days.

Finally, the penalty assessed against the District in Q2 2021, in the amount of $412,837.45 plus applicable interest has been abated in full.

Thus, once the District receives the Q3 2020 $100,243.55 refund check from the IRS, the District will have recovered and/or abated substantially all of the approximately $1.8M in penalties and interest assessed against it.

Patrick was also pleased to report that the district has recovered $985,000 of a $1.2 million health claim that had not been submitted in time for reimbursement. He said:

You may recall that we discussed the negative claims experience of our self-insured plan during the 2021-22 school year at our June 21 Board meeting. At that time, I described a stop-loss eligible claim from the prior plan year in the amount of $1.2 million that did not get submitted in time to be eligible for stop loss reimbursement. With the help of our plan consultant, I am pleased to report that we did get reimbursed for this claim in the amount of $985,387.93, which represents the full amount minus the deductible. While this is good financial news, it is important to recognize that the number and size of stop loss claims will mean we should expect higher premiums for stop loss insurance this year.

Taken together, the district will recover almost $2.8 million, which should bolster their fund balance.

Next Patrick announced that a new item on the Board agenda was brief updates from each of the Cabinet members to keep the Board and the public up to date and to signal upcoming work. He said, “this will be done on a trial basis,” pending feedback from the Board.

Superintendent of Facilities Stuart Mattey reported on summer work around the district, saying, “The last of the 2018 bond projects are wrapping up.” He mentioned ventilation work at Quaker Ridge and the high school and a boiler unit replacement at Heathcote. However, he was disappointed to report that the air conditioning of the Heathcote gym could not be completed because the delivery of the ventilation unit was delayed. He said the wiring would be done so that the unit could be installed as soon as it comes in and that gym classes could be held outside in September. Patrick added that the gym would be used while the school awaits the unit.

About the renovation of the high school auditorium, Mattey said a committee has met and is considering a full scale renovation of the space. This work would be funded either in the 2023-24 school budget or with a separate bond offering.

About food service, he said that food service workers are currently being hired and that elementary school hot lunches will be phased in during the first weeks of school with the goal of having the full lunch program available by the end of September. Meal prices have increased about 5-10% due to the increase in food and paper costs.

As to transportation, Mattey said, “The buses are ready to roll.”

Interim Assistant Superintendent for Human Resources Carol Priore indicated that there are still openings at the district, saying, “We are completing last minute hiring.” She did not indicate how many positions were still open. Priore said, “New teacher orientation will be held on Monday 8-29 and Tuesday 8-30.”

He reported that the district had completed IDEA (IDEA, Individuals with Disabilities Education Act) grant applications and received funding for preschool grants ($25,000) and funding for school age students ($932,000) to underwrite “summer CSE work, professional development and services across all seven buildings.”

He reported that the district “received COVID guidelines from the state today that mirror the CDC guidelines” and require “5 days of isolation for confirmed positive cases.”

-Quarantine is no longer expected.
-There is no differentiation (in requirements) between vaccinated and unvaccinated individuals.
-The district will continue to give out tests as long as the state provides them.
-The district is finalizing their procedures for testing before returning to school.
-If you are exposed but not positive, you no longer need to quarantine.

About the spread, Rauschenbach, said, “Westchester and New York State are in the moderate category of community spread – it has stayed constant throughout the summer.”

Rauschenbach said, “Work has started for installing our lockdown system to be integrated with our computer system. There is a delay in getting the equipment. These will have to be installed during vacation when the buildings are not occupied. It depends on when the integration panels come in.” He expected it to go live in the spring, after staff and student training. He added, “Training starts tomorrow for the police department for online camera access.”

Amber Yusuf and Ron Schulhof discussed the search process for the next Superintendent.

Board VP Ron Schulhof explained that the first phase will be to conduct extensive focus groups and that 40 focus groups are planned with parents, faculty, community and liaison partners and village partners. The focus groups will be run by one of the two search consultants and the input from the focus groups and survey results will be used to develop a search profile.

Board member Suzie Hahn Pascutti discussed the communication plan for the search. She said, “In the next few days a letter will be sent to the entire school community about steps and the timeline for the search. Personalized invitations will go out to participate in the focus groups and there will be open forums for all members of the community and for the faculty and staff. There will be a survey for community members to provide their input. Many of the survey questions will be similar to those discussed at the focus groups. The survey will be available in English, Spanish, Mandarin and Portuguese. There will also be updates about the search posted on the district’s website.”

Yusuf concluded by saying, “We hope to announce our candidate in the spring. We are dedicated to finding an exceptional superintendent.”

Schulhof drafted a letter to the Scarsdale Village Board on partnering with them to address the gaps in cell service around the village, prioritizing school areas and keeping the school board informed on issues surrounding cell coverage. After a discussion, there was agreement that the full Board of Education should sign the letter, and the board later passed a resolution to do so. Read the full letter here:

Another resolution was passed that maintains the full board of education as the foil appeals officer contrary to a recommendation from the Board’s attorney that the interim superintendent assume this role.

The Board voted yes to a new agreement with Aarow Security to provide safety monitors for the schools. The district was formerly using Summit Security – who was purchased by Allied Security. Rauschenbach reported that Allied had poor customer service, billing errors and made incorrect payment to the monitors. The district searched for other vendors and recommended going with Aarow under the same terms. Aarow has agreed to hire the current monitors and the district expects better customer service, back office response and hopes Aarow will have better relationships with their own safety monitors. He cautioned that fees would rise as the prevailing wage has gone up. 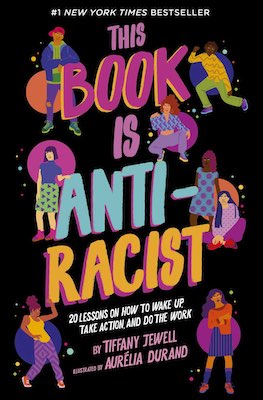 Assistant Superintendent Edgar McInstosh reviewed new textbooks. “This Book is Anti-Racist,” will be added to the seventh grade social studies curriculum. McIntosh said, “The book is student friendly and builds on the identity work being done.”

The tenth grade skills class will read, “Unwind,” a dystopian fantasy written in 2017.

A new book for Latin classes, “Suburani,” which includes Latin stories, language notes and civilization texts was approved. School Board member Jessica Resnick-Ault, who majored in Classics, asked if this book will help to prepare students for the AP curriculum and McIntosh pledged to confirm and respond to her.

The Board accepted a gift of $15,112 from Maroon and White to purchase fitness equipment to upgrade the SHS Fitness Center. The equipment will benefit all students at SHS.

Joe Vaughn, President of the Scarsdale Teachers Association spoke online about the superintendent search selection and thanked the Board for including the staff in the process. He said, “The STA deeply appreciates the Board seeking wide input …. We welcome the manner in which the Board has decided to include us.”

He added, “The staff looks forward to meeting and greeting young learners in the coming weeks.”

Patrick said, “this was supposed be informational.”

Ron Schulhof asked, “Can you include the cabinet updates in the agenda that is released on the prior Friday? I really like these updates.”

Board President Amber Yusuf said, “We do have to be sure we let the public comment early on in the meeting.”