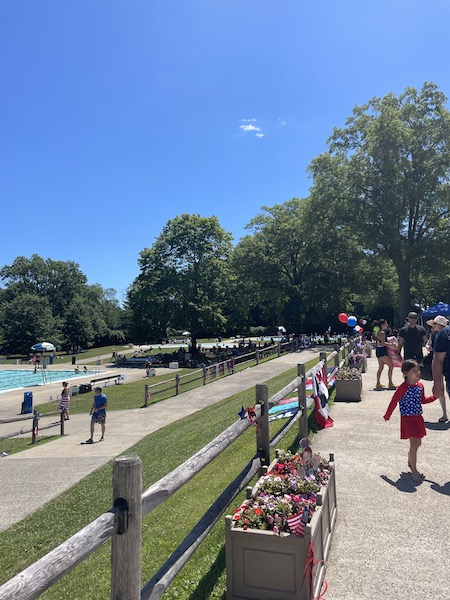 There was good news all around at the meeting of the Scarsdale Village Board on Tuesday July 12 when a new Village Clerk was appointed, the treasurer announced a $4.6 mm surplus in the Village Budget for the end of the 2021-22 fiscal year and the Mayor congratulated Village staff on July 4th fireworks and games at the pool and residents on the return of July 4th celebrations at Arthur Manor and Greenacres.

About re-opening the Girl Scout house, Veron announced that the Village is in talks with the Girl Scouts to come to an agreement. She read the following statement:

“Village of Scarsdale officials and Girl Scouts Heart of the Hudson representatives together announced that they met July 8 in furtherance of their mutual commitment to move forward toward a renewed partnership strategy for the management, maintenance, and occupancy of the Betty Taubert Girl Scout House in Scarsdale. The parties share the goals of reopening the facility as quickly as possible and aligning on resolving its longer-term operational and capital needs.”

“Said Helen Wronski, interim CEO of Girl Scouts Heart of The Hudson, and Robert Cole, Scarsdale Village Manager, "We are pleased with our constructive conversations on reopening the GSH and our healthy discussions on a strong and clear go-forward relationship. These are important first steps in commencing a fresh start in our continuing long-term partnership, making sure the needs of our Girls Scouts and the Scarsdale community are met by having access to a well-maintained facility.” 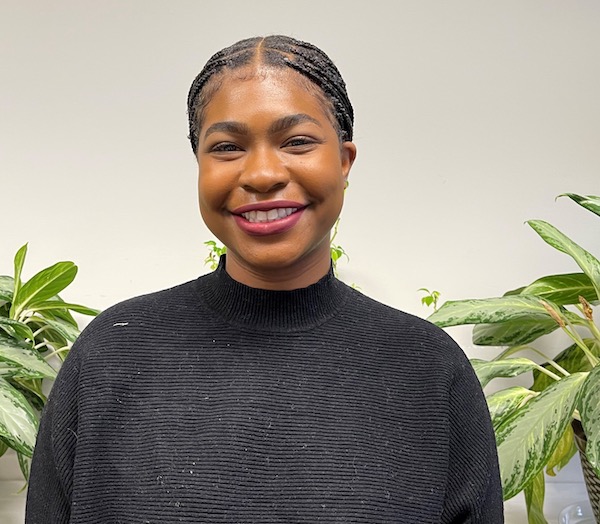 The Board of Trustees approved a resolution to hire a new Village Clerk to replace Donna Conkling who held the job for 25 years. The new clerk, Taylor Emanuel, has a master’s degree in business and has experience with school boards, with running elections and preparing minutes. She will begin the job on July 18, 2022.

Trustee Randall Whitestone announced that Maryellen Saenger will retire this summer and thanked her for service. Saenger is the Director of the Aging in Place initiative at Scarsdale Edgemont Family Counseling Service and helped Scarsdale’s seniors. Whitestone said, “She did a wonderful job and ensured that seniors were not left out during COVID.” Mayor Jane Veron expressed the Board’s appreciation as well.

Trustee Karen Brew shared plans for the library, saying that the Friends of the Scarsdale Library is rolling out a new campaign to finance improvements to the outdoor space surrounding the library. She said, the friends are “turning their focus to the outside of the library with a library in a park campaign to add more outdoor space, seating, outdoor technology access and open air pavilions. Donations of $5,000 or more will be recognized with pavers on the newly landscaped grounds.

Trustee Ahuja said that the annual Scarsdale Sidewalk Sale will be held from July 28 – 30 in Scarsdale Village, with a Chalk the Dale event on Friday night July 29 from 6 – 8 pm and family fun activities in the dining tent on Saturday July 30, 2022.

Village Treasurer Ann Scaglione received accolades as the Village of Scarsdale has been recognized by the Government Finance Officers Association for excellence in financial reporting for the Fiscal Year 2021 Annual Comprehensive Financial Report.

During the meeting of the Town of Scarsdale, Village Treasurer Ann Scaglione said that the Village ended the 2020-21 fiscal year with a $4.6 million surplus due to higher than expected sales tax receipts, higher than anticipated, mortgage tax revenue, higher than expected fees from the building department and increases in revenues from recreation and parking.

Scaglione also announced that thought school tax collections were at 99.55%, the Village was proceeding with tax foreclosures on the following properties on which there are tax liens: 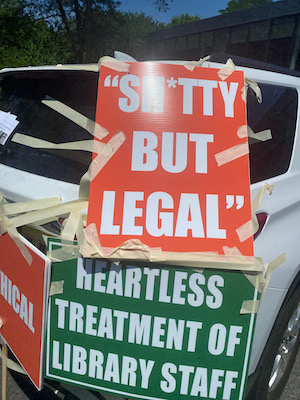 Sign on Stettnisch's CarDuring her opening comments, Mayor Jane Veron said the following about Robin Stettnisch, a former part time employee of Scarsdale Library who was not rehired after the renovation. Stettnisch spoke at the June 28, 2022 meeting of the Village Board and Veron said,” I would like to read a statement from the Board that clarifies misinformation shared during recent public comment. "The Village Board wants the Scarsdale community to know that we are aware of the statements made by a former Library employee regarding her termination. The Village plays no role in deciding whom the Library hires or terminates, and this former Library employee has never been employed by the Village in any capacity. The appropriate venue for her concerns remains the Library, and it is our understanding that the Library Board is preparing a response to her claims that they will publicly share in the near future."

Stettnisch continued her campaign at the July 12 meeting when she called in twice. Referring to the Mayor’s comments at the opening of the meeting, Stettnisch said, “I am shocked that the Mayor acknowledged me and admits that I exist. I was a former well-loved librarian at Scarsdale Library. Scarsdale, the wealthiest town in America, put on a $21.7 million renovation by firing their long term employees. The CSEA Union said what the library was doing to us was shitty but legal. Is that what you want to be known as? Look at the article, “Library Picket Scandal” in Maroon. It was impressive that it took you almost a year to acknowledge there is a problem, as well as the library board….Who do you go to if the library board ghosts you? I went to you! You pretended I did not exist. I can’t wait to hear the response as to why it was fine to fund a $21 mm expansion on the back of its employees… I want to see you tell your employees it is okay to go back to entry level salaries and no pensions.”

During the second public comments session she said, “Just imagine how heartless it is that we were all fired. And if we got our jobs back we would start as a new person. How does this reflect on you that you ignored me?” She called her treatment “heartless and unethical.” She continued, “one donor who gave in the six figures was enraged. It does not sit well with most people with a conscience.”

Bob Harrison also spoke. He promoted the Scarsdale Youth Tennis League and encouraged people to sign up. He complimented the Village on wonderful July 4th activities at the pool and urged the Trustees to keep the pool as is, and not raise money via bonds to change it.