A Peek Into What Makes Entrepreneurs Tick 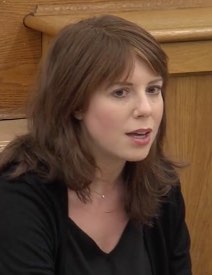 In opening the second of two sessions, Scarsdale Schools Superintendent Thomas Hagerman said, “One of the areas we’ve been focused on as an outgrowth of our academic vision… is entrepreneurship. Tonight, we have the opportunity… to become more informed about this work and some of the ways we engage experts and influencers to inspire and inform our students.”

Every Story Has a Beginning

Christina Liva began the discussion by recounting her inspiration for Yay Lunch, a service that delivers healthy, fresh meals daily to “where kids learn and play.” She launched the company two years ago, after her son began school and she was “really surprised by the fact that there were these awesome schools… and the last thing that seemed to turn over was the food.” She added, “Either the schools didn’t have a program or they had an ad hoc program… (I asked) where is the solution here? What is a scalable solution?”

Michael Duda, whose company, Bullish, is “one part strategic creative agency and one part consumer investment firm,” took the plunge into entrepreneurship after years of working in the marketing sector. “I got sick and tired of Wall Street looking at my people as an expense … when numbers weren’t going to be there, (but) when 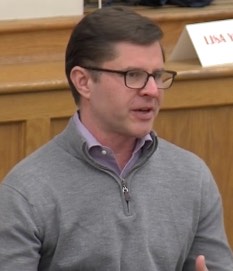 Michael Dudamarketing can be done well and can be brand-building.”

Poppy Jamie, who founded two startups (one is the fashion accessories company, Pop & Suki), discussed “her favorite” – Happy, Not Perfect – which she described as “a gym for your happiness.” In building her wellness app and related products, she drew inspiration from her parents, particularly her psychotherapist mom. “At the age of five, we get taught how to brush our teeth, but we never get taught how to look after our minds… it’s the most overactive muscle, but we totally forget to take care of it. ”

Lindsay Kaplan is a new entrepreneur, having recently co-founded Chief, a private network of women executives who “cross-pollinate power across industries and disrupt power dynamics from the top down.” After numerous professional successes, one day, she looked around and noticed an increasing number of male executives in her firm’s boardroom. Kaplan then decided to focus her efforts on supporting fellow female executives. “We created a network, community and support system for people who deserve to be selfish… and should enjoy the camaraderie and network that, often… white men get in the workplace.”

There’s Always Bumps in the Road

Of course, nothing goes according to plan. When building a business, it’s wise to anticipate problems, but what kind and when? These four faced their share of challenges as they blazed new trails and spoke about the biggest surprises they encountered along the way.

When Yokana asked the panelists about their biggest challenges, Liva responded that she quickly discovered the need to pivot in order to keep her business on track. “It’s a challenge to make sure your mission is always at the forefront and stay agile in other ways… and open to change.”

Kaplan was caught off guard by quick success. “I didn’t know we would have traction so quickly… right now, the struggle for me and my team is focusing on setting goals and knowing that projects aren’t serviceables… it’s ok to get a B+ in business… it’s OK to get a B… because you’re a project and what you’re doing day-to-day should ultimately be in service to create a strong, impactful business.”

Jamie encountered difficulties in selling the basic premise of her business. “Trying to educate people about mental health has been a challenge… that it is a daily practice… but I’m actually seeing that start to ease up. People are becoming more knowledgeable about being humans (and what humans need).“

Duda spoke about more personal concerns in launching a business, saying, “When you’re an entrepreneur… it’s all encompassing… It’s more purposeful than just a pass/fail in business. It consumes what we do… There are a lot of business challenges; I don’t care about that. It’s the stuff that impacts your life; the highs can get really high and the lows can get really low… I don’t think I was prepared for that, emotionally.” 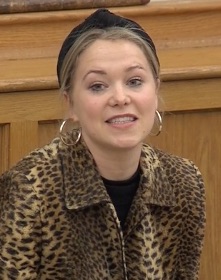 Poppy JamieYokana then brought up the practical need for raising capital and finding investors, often a challenge for female entrepreneurs.

Jamie explained, “As a young woman, I was cultured to be self-deprecating, polite… (told) don’t embellish anything… A lot of women founders are not as confident, and we should (be), because we have the same companies and the same numbers as others who go into the room.”

Kaplan agreed and added, “Raising (capital) is a little like dating. It’s a confidence game. It’s about knowing your numbers; it’s knowing your worth… It’s a little bit like gambling… and being aggressive and smart and coy. I think if women… think about it as more like a game and less about being about (them), (they can be) phenomenal at pitching.”

Liva followed and mentioned the need to be “real” in speaking to investors, “When I first started pitching, I was eight months pregnant… most of the people I (spoke with) were men… and no one wanted to address it, because you don’t want to be ‘that man’ …But, the one who did address it ended up being an investor in the company… because I got the chance to talk openly about what it is to be a mother, and what it is to be a mother and a business owner, and how that’s a positive and not a negative.”

Duda acknowledged the difficulty for female founders, saying, “Raising capital is tough… and for women, it is, notably, and the data supports this, much tougher… People tend to invest in people they like… and when you look at private equity or when you look at VC (venture capital), the majority of the humans there are white guys from the Ivy League, and then the Stanford tree… Raising capital is hard and harder for some when it shouldn’t be…. (But) if you don’t have conviction behind your idea that’s obvious, it’s going to be tough.”

The panelists also shared their thoughts about failure, and its role in ultimately achieving success.

Jamie’s view of failure was that it was an integral part of an entrepreneur’s job. “It’s inevitable… you are going to hit bumps along the way… The fun part of entrepreneurship is finding that way around… always moving forward and finding solutions.“ She later followed up by saying, “So many people don’t move ahead because they fear failure… we need to redefine it; it shouldn’t prevent anyone from doing something.”

Duda stressed the importance of failure as part of an organization’s growth. “We don’t celebrate or understand what comes with failure…. Failure happens… it’s part of the process. But, when you’re going through it, it’s not easy… Peloton almost went to Chapter 7 twice… Failure is everywhere; it just doesn’t’ get headlines unless it’s really bad.”

Liva reiterated that failure is a necessary part of growth and added, “Pressure tests you, along with negative feedback… it’s good to have an advisor in place to tell you what feedback to take seriously… Having some sort of mentorship or advisory to help you navigate feedback is helpful.” Later, she added that you need to critically assess your efforts, and “say, this part of it failed, but what can I use to make something else?”

All Hail the Weirdo 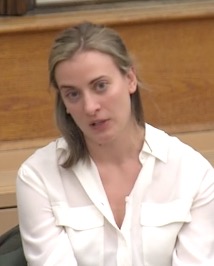 Yokana then asked these entrepreneurs to discuss what they believed the future of work would look like and how today’s students should be prepared. Jamie responded first, saying, “My problem with education is that it’s training everyone to think in the same way.” She stressed the need for creativity and innovation, and advised students to “Be weird, be abnormal… you’ll be the person thinking outside the box.”

Kaplan concurred, stating, “There’s so much power in being the weirdo. It’s healthy; you’re an underdog; you’re thinking about things differently. We are clearly becoming more automated, and the jobs that will be left are the jobs for the creatives… the people who think differently, with their words and ideas.”

When looking to the future, Liva advised, “We don’t know what our kids will be working with... We don’t know the industries of the future. The most you can do is prepare your child to be an emotionally intelligent human being… to be a well- rounded person.”

Duda stressed the importance of wondering why. “Students who are curious and question ‘why?’ will win…. There was a student here earlier who asked how to get an internship at a startup and I thought, ‘She’s going to win.’ I don’t care what her GPA is… Curiosity... You can’t coach that; you can feel it.”

Yokana’s last request for the panelists was for them to share the “number one skill” that helped them get to where they are now. Kaplan was quick to respond, and said, “I reject the lack of female representation… my special skill is rejecting the norm, and trying to envision what is it that is separating me from those 80 years, 200 years from now when we will get to parity.”

Jamie stated that her greatest skill was “Saying yes and not really knowing what it would lead to… There’s, probably, a great naiveness to saying yes… but it has led me on a peculiar, and interesting journey.”

Duda responded that having empathy was most important in his path. “Since our job is to try and find entrepreneurs, and invest in the crazy… I try to be empathetic to what the person in front of me is saying, and stay naive enough to say ‘OK, this could work.’ We love investing in… entrepreneurs because they don’t see the reasons why they should fail.”

Liva credited “grit and perseverance, and not having much to fall back on” in driving her success. “It’s about not taking no for an answer and keep going.”