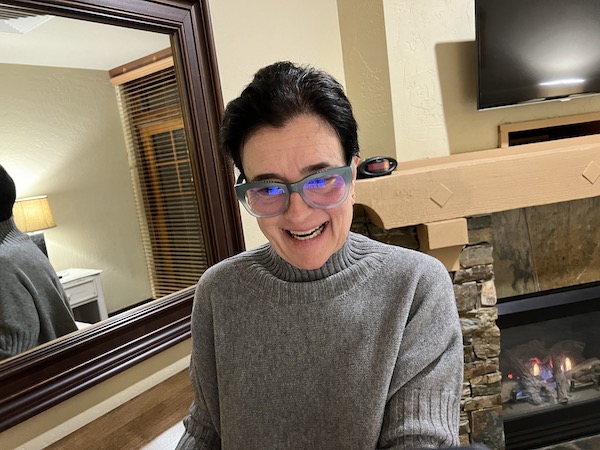 Residents should receive an email with registration information for the Bowl Dinner and Award Ceremony which will take place on April 27th or visit www.scarsdalefoundation.org to register.

The Scarsdale Foundation promotes civic welfare in Scarsdale and helps local individuals and community organizations through student scholarships and project grants. It also promotes civic engagement and volunteerism with the awarding of the Scarsdale Bowl and the new Spotlight Award.

“Janice Starr is the consummate volunteer. Janice is a natural leader, has a wonderful character, and is inclusive and generous with her time and resources”, said Scarsdale Bowl Chair Erika Rublin. “She is a role model and an ideal candidate for this honor.”

The Bowl Committee, a diverse group of 15 community volunteers representing all areas and demographics of Scarsdale, selects the recipient after reviewing and vetting many worthy candidates who are nominated by the community. Following the Bowl Committee vote on Sunday night, Erika Rublin along with Suzanne Seiden, President of the Scarsdale Foundation, Elyse Klayman, Scarsdale Foundation Trustee, and Bowl Committee members Angela Manson, Ronny Hersh and Margot Milberg shared the news with Janice by Zoom. “I am so honored, proud, and of course, I accept!” said Janice. “There are so many worthy people who could have received this award. I love our community, and I am thrilled to be honored at this meaningful community event. Thank you so much!”

Janice has been involved in many aspects of community service since she moved to Scarsdale almost 30 years ago. With her husband Ira, and three sons Eric, Matt and Andrew, the Starr family has lived in Fox Meadow since 1993. Janice has always taken on significant leadership roles with enthusiasm and positivity. She is skilled at motivating other volunteers and stakeholders and bringing people together for a common cause. She often graciously opens her home to host events for various community groups.

Raised in Syracuse, New York, Janice grew up in a tight-knit family in an apartment above her family grocery store where she developed an appreciation for business and community outreach. The first in her family to attend college, she received a BS from the Wharton School at the University of Pennsylvania and an MBA from Harvard Business School. She pursued a career in consulting with Booz, Allen and Hamilton until moving to Scarsdale and dedicating her life to being a full-time mother and community volunteer.

In addition, Janice has served on committees for organizations as wide-reaching as the Friends of White Plains Hospital, the Friends of the Einstein School of Medicine/Montefiore, the Westchester Interracial Women’s Council, the Alumni Association of the University of Pennsylvania, and the Scarsdale Advisory Arts Council.

As Ronny Hersh, a member of the Scarsdale Bowl Committee said, “Janice has been actively involved in, and made significant contributions to, every aspect of Scarsdale’s community life – including activities related to the school, the arts, promotion of democracy and the development of mental health resources.”

Similarly, Suzanne Seiden, President of the Scarsdale Foundation said, “Janice is highly energetic and has amazing organizational skills. Her involvement in community work is not just wide ranging, but deep. She is always gracious and inclusive. I think she is a wonderful choice to celebrate for all her work for the Scarsdale community over the years.” 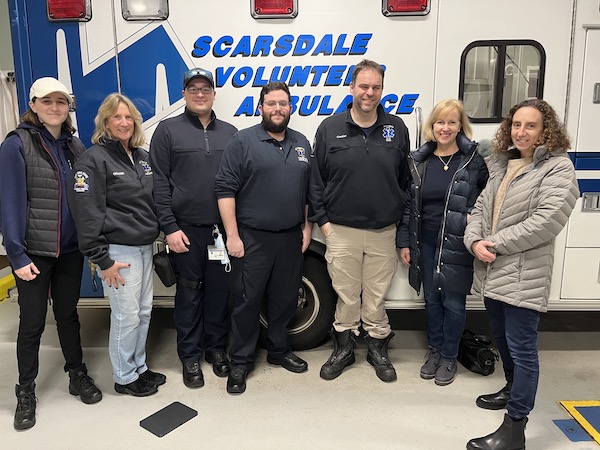 The Spotlight Award is meant to honor changemakers–people, whether individuals or organizations, who have made a tangible difference in the community’s quality of life in one specific area. As opposed to the depth and breadth required of the Bowl winner, the Spotlight Award recognizes specific improvement in an area or a problem solved after focused effort.

The Bowl Committee requested suggestions of individuals and organizations alike from the community and reviewed many worthy nominations before voting for The Scarsdale Volunteer Ambulance Corps (SVAC) to be the first recipient of the Spotlight award. SVAC will be honored alongside Janice Starr at The Scarsdale Foundation Bowl Dinner on April 27th. This will be especially meaningful for SVAC since they were not able to celebrate their 50th anniversary in 2020.

"We are honored and delighted to be recognized as the first-ever recipient of the Spotlight Award. The Scarsdale Volunteer Ambulance Corps has always been about neighbors helping neighbors. What started as a small group of dedicated volunteers and an innovative idea they could do something better, has evolved into a large organization that thousands have come to count on within four minutes of calling 911. SVAC’s providers see humanity at its worst, while believing they represent humanity at its best. We are, as always, grateful for the support of the community we serve," said David Raizen, President of SVAC.

A cornerstone and lifeline for the Scarsdale community for 50 years, the volunteers of SVAC were challenged as never before during the COVID-19 pandemic, but rose to that challenge. From 2021 onward, they provided COVID testing and vaccinations, including booster shots and pediatric vaccines for students. In December 2021, the volunteers of SVAC administered more than 170 booster shots and 100 pediatric shots on the very first day they were approved by the New York State Department of Health. In a few short weeks, SVAC provided nearly 2,000 vaccines, including free vaccines for homebound residents. During 2022, SVAC administered over 20,000 COVID tests & vaccines combined.

The Scarsdale Foundation looks forward to honoring these healthcare heroes and Janice at the Bowl Dinner. Please join us on April 27th! 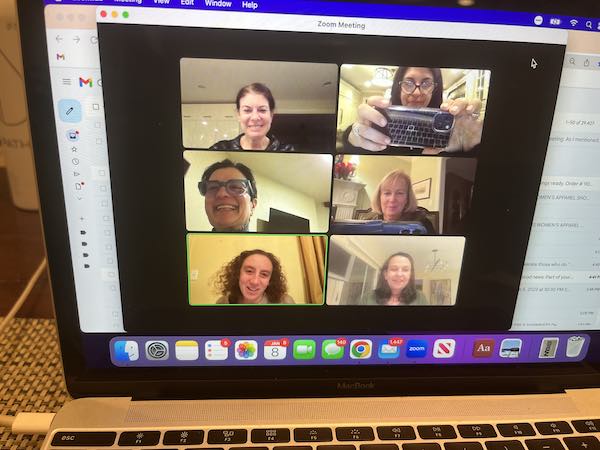