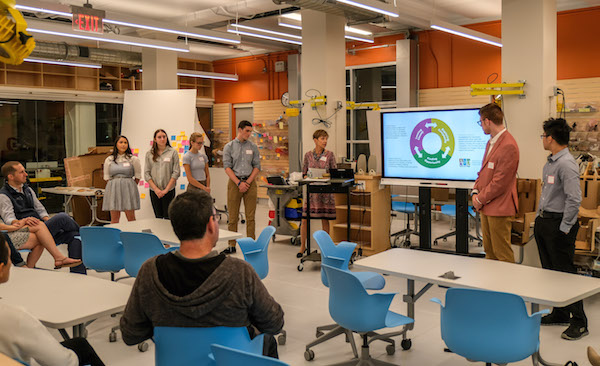 Lisa Yokana and Brian McDonald in the new Design LabBack in 2010, when the concept of an education foundation for the Scarsdale Schools was under discussion, I doubt that anyone could have imagined the positive impact such a foundation could have on the district in such a short time. 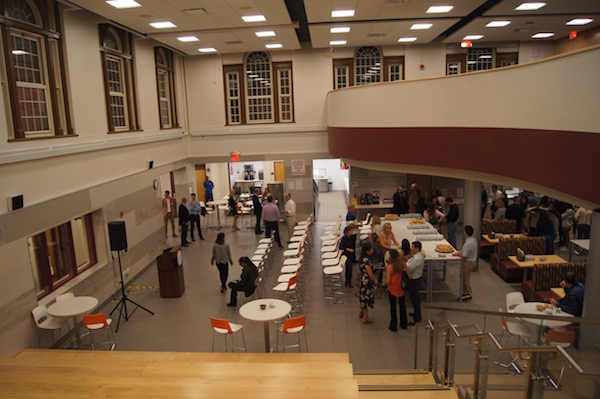 Visitors were greeted in the new Learning CommonsFortunately the School Board, a committee of passionate residents and the school administration were able to agree on terms and permit an ambitious fundraising campaign to begin.

After funding $90,000 in grants for initiatives at all grade levels in 2013, the foundation turned to fundraising for an extensive upgrade for Scarsdale High School. They sought to raise $2.25 million to build a Design Lab and a new Fitness Center at SHS, The old fitness room was cramped, dark and uninviting and a new fitness facility was required for physical education classes and team training. The school board was under economic pressure to keep tax increases to a minimum and could not fund these new spaces without raising taxes. They turned to the foundation to provide supplemental funding beyond those available from the 2014 school bond.

The Fitness CenterTo provide an optimal environment and new equipment for the district’s seven course STEAM curriculum, funds from SSEF were used to build a stunning, state of the art Design Lab. This large space is now used to teach problem solving, design thinking, computer aided design, engineering and entrepreneurship. The space includes 3-D printers and laser cutters that allow students to design and build new products. The three-room suite can accommodate two classes at a time, and all the courses offered are fully subscribed.

Similarly funds from the foundation were used to build a 6,200 square foot space underneath the gym for strength and cardio training as well as stretching, floor exercises and group instruction. Athletic Director Ray Pappalardi happily reports that the facility is now scheduled for use for 32 out of 34 available school periods. Classes are scheduled all day and teams use it to work out in groups. The center is also heavily used by students after school.

On Thursday night September 27, the foundation held a reception to 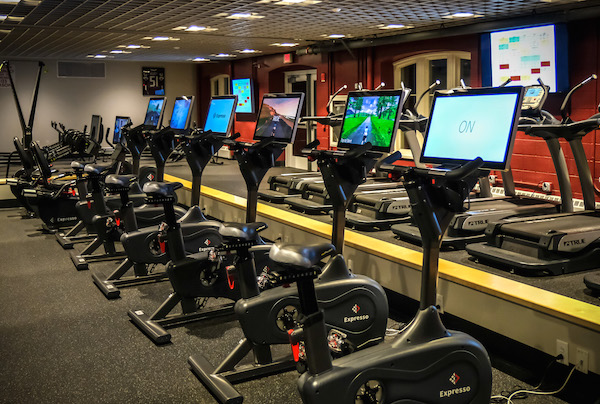 State of the art bikes at the SHS Fitness Center. celebrate the opening of the Design Lab, Fitness Center and a paver garden in a courtyard outside the D-Lab. The courtyard is lined with brick pavers inscribed with the names of foundation donors. The garden has been transformed from an unused, neglected outdoor area to an inviting space where students can congregate and collaborate. Pam Rubin, who is coordinating paver sales for the Education Foundation, responded to a request from 10583 by noting that additional pavers are currently available for $250 and $1,000 and can be ordered online on the foundation's website. 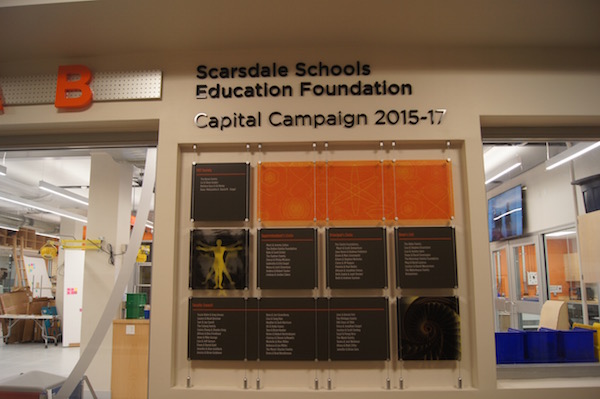 Donor Recognition Plaques outside the Design Lab.SSEF Executive Director Steve Seward described the evening as "a terrific opportunity to show our supporters the results of their generosity. We were especially pleased to have teachers, students and administrators here to demonstrate the creative uses for these new resources." And Seward added, "we initially used videos to explain the goals of these projects, and then photos to illustrate the progress the district was making toward their completion. But there is no substitute for seeing them completed and in use. This was a very upbeat event for all of us and a proud moment for the Scarsdale schools." 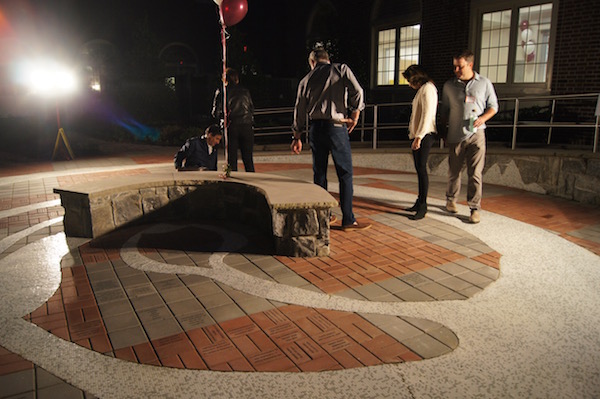 The Paver Garden in the courtyard.Scarsdale five years ago the district was at a crossroads. Designed in another era, SHS had physical challenges that needed to be addressed. The Board sought to maintain the best of the past while building facilities for the future. He thanked the “terrific group of dedicated people” for making it possible for the district to build facilities that “delight and inspire.”

School Board member and liaison to the Foundation Nina Cannon thanked the foundation for their vital funding and Pam Rubin, a member of the Board of SSEF, thanked her fellow board members, Executive Director Steve Seward and everyone who helped to build the foundation, including the SSEF's first president, Ellen Miller-Wachtel. Rubin said she was “happy that the campaign is finished” and said the foundation looks forward to making more grants for innovation in the future. Steve Seward elaborated on the foundation's current planning by noting that the Grants Committee of the Education Foundation is working with the district to develop an ongoing program of support for innovative educational projects. "After spending nearly three years focused on the high school in this campaign," Seward said, "we look forward to supporting equally vital projects at the Middle School and in all five of Scarsdale's elementary schools."

Attendees toured the new spaces and marveled at the 21st century facilities ensconced in a one hundred year old school. The Education Foundation plans to schedule additional tours this fall, in the daytime and evening, for all community residents to visit the new spaces.