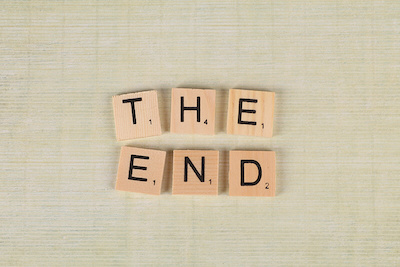 The Scarsdale Schools District’s troubles with the I.R.S. appear to have come to a conclusion. A series of errors dating back to late 2020 resulted in the bureau imposing a $1.3mm lien on the district, which ultimately lead to the early resignation of Scarsdale Superintendent Thomas Hagerman in May 2022.

At the November 14, 2022 meeting of the Board of Education, Interim Superintendent Drew Patrick reviewed how this accounting issue had been concluded. The good news is that the district was refunded an extra $7,628 as the IRS reimbursed the earned interest on the funds they held. However, there were steep costs to addressing the matter. The fees for lawyers, the tax counsel, an investigator, the audit of the payroll tax withholding process, loss of interest on funds paid in addition to a savings on Dr. Hagerman’s salary totaled $184,178. So with the $7,628 credit, the incident ended up costing taxpayers $176,549.80.

To address the issue, the Board approved a corrective action plan for internal controls of the payroll processing procedure. You can see the plan here:

Here is the memo from the district explaining the resolution of the tax issue:

A series of errors related to the payroll withholding function during the first, third, and fourth quarters of 2020, coupled with irregular communication practices from the IRS during this time period, resulted in the accumulation of a significant dollar amount of penalties and interest levied against the District. This culminated in a lien against district property. The details related to each issue are summarized below. Later in this memo is a financial accounting of the costs associated with this matter in sum and substance.

The accounting of costs is organized into three domains. First, the penalties and abatements amounted to a net $843,558.00 in costs to the District, which is the same amount the District sent to the IRS on 4/6/2022. The second component is rebates and recoveries from the IRS, which totalled $851,186.56. Together, the rebates and recoveries exceeded the penalties and abatements by $7,628.56. In other words, the district recovered more than it expended due to the reimbursement of earned interest on the amount paid and held by the IRS. The third component consists of related costs and recoveries associated with this matter. This included District counsel (general, labor), tax counsel, an investigator, an audit of our payroll tax withholding process, the calculation of estimated lost interest on money paid, and savings associated with salary breakage between the outgoing and incoming superintendent. This resulted in an estimated net cost of $184,178.36. In sum, the total net cost of resolving the IRS Matter was $176,549.80.