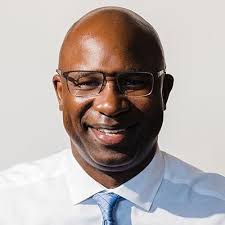 In the latest development in the fight over redistricting congressional, state senate and state assembly maps for New York State, Special Master Jonathan Cervas, released redrawn maps on Friday night May 15, 2022. Cervas, who is from Pittsburgh, was appointed by a judge in Stueben County to redraw the maps after Republicans charged Democrats with gerrymandering

The intention of Cervas’ work was to lead to a bipartisan structuring of the maps, and to keep communities of interest in the same district.

However after the new maps were unveiled, Democrats representing Scarsdale were not happy.

State Senator Shelley Mayer explained, “This year’s redistricting process was deeply disappointing. First, although the bi-partisan Independent Redistricting Commission was established and adopted as part of the New York State Constitution with the intent that the Commission would create a single set of maps, it was entirely foreseeable that they would be deadlocked on their charge. As expected they failed to produce what was demanded – a single set of maps for the United States Congress, the New York State Senate and Assembly. Notwithstanding their inability to agree, the Legislature was explicitly empowered to draw new lines pursuant to the principles enunciated in the NYS Constitution. The Legislature did just that, drawing new maps based on true ‘communities of interest;’ maps that were ultimately signed off on by the Governor.

The New York State Constitution provides several governing principles for the drawing of legislative maps – they must contain nearly an equal number of residents, be mindful of racial and minority groups' opportunity to participate, not divide counties or towns unnecessarily, and not favor a particular political party. After the Legislature's maps were adopted, Republicans who disapproved of the maps affirmatively sought out a Republican Acting Supreme Court Judge in Steuben County, far away from the site of the majority of New York’s population, to challenge the process and the maps themselves. That Judge selected a Special Master with no ties to the state. Ceding that task to a single cartographer who didn’t understand our districts, our diversity, or our history is a direct threat to our democratic process and undermines the power of everyday New Yorkers and their representatives.

At the end of the day, we are left with the maps drawn by the Special Master, approved by the Judge, which in my opinion, play havoc with too many of New York’s communities. For me personally, the new map is a new challenge, one that I welcome and look forward to. Of course, I am disappointed my district will no longer include as much of the City of Yonkers, where I live and which I have represented since 2012 when I was elected to the Assembly. And I am sad my district will no longer include Bedford, which I proudly represented in the Senate.

But as I campaign for reelection in the “new” 37th Senate District, I look forward to getting to know and representing the people of Scarsdale and Pound Ridge, along with those I have proudly represented for the past four years. I will continue to fight tirelessly for the needs of all of the people I represent with a responsive and activist voice, respectful of differences but committed to my principles and all of our Westchester communities.”

The new map unifies most of Westchester County in Congressional District 16, now represented by Jamaal Bowman. Though he feared he would be challenged for his seat by Congressman Mondaire Jones, it now appears that Jones will run in the newly formed 10th district, which encompasses lower Manhattan and parts of Brooklyn, against former NYC Mayor Bill De Blasio.

Despite the fact that Bowman has widespread support for election, he is unhappy that his constituents in the Bronx are no longer in the 16th and divided among three districts. He vowed to take “legal action” to reunite them.

In an email sent on 5/21/22 he said, “The purpose of redistricting is to produce districts that better represent the true will of the people and keep communities of interest together. These new maps, unfortunately, do the opposite.

“While I am happy that we were able to maintain the core of this district, these newly approved maps split low-income Black and brown communities in the Bronx, namely the northeast Bronx, into three separate districts. The maps also decrease the Black voter population in NY-16 from 27% to 21%, a 33% overall reduction. These maps will further mute the voices of these historically underrepresented communities in NY-16 and across New York State, dilute the power of Black voters, and weaken our representative democracy.

“These new maps also violate the New York State Constitution. Communities of interest are meant to be kept together, and this map fails to do that. And since the maps significantly reduce the Black population in NY-16, it violates federal law, and by extension the state constitution, which references the federal Voting Rights Act. The state constitution also stipulates that the core of existing districts should be retained. In Bronx county and across the state, this requirement was violated.

“My campaign is prepared to pursue legal avenues to keep the northeast Bronx in NY-16. When I ran in 2020, I committed to being a forceful voice for Black and brown New Yorkers. Over the past sixteen months, I have followed through on that promise. And just like I have fought for these communities in Congress, I will fight to keep them in NY-16 and ensure that they continue to have a strong voice and the political power they deserve in Congress.”