Letters to the Editors: Anti-Lights Neighbors Make Many Errors In Fields Analysis 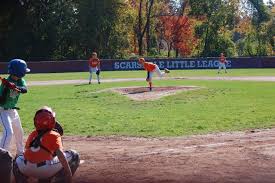 (This letter was written by Scarsdale Little League Board of Directors)

We are writing in response to the recent Letter to the Editor (“There is No Shortage of Baseball Fields in Scarsdale,” July 9, 2022), written by representatives of a group of Scarsdale residents who oppose the proposed Crossway lights project that is currently being considered by the Village Trustees.

Unfortunately, the letter is riddled with inaccuracies regarding actual field usage in our town as well as false accusations directed at Scarsdale Little League.

The Little League, an independent youth sports organization serving close to 800 Scarsdale children ages 4 to 15, has committed to donating the necessary funds to the Village of Scarsdale to cover the full cost of installation of lights to illuminate Crossway 1 Field, which will allow for more playable fields in town.

The community members who oppose the project have argued that lights at Crossway are an unnecessary improvement to our fields and that field availability is plentiful in Scarsdale. Nothing could be further from the truth. The rudimentary analysis of field usage outlined in the Letter to the Editor was not only inaccurate and incomplete, but also misleading.

Our fields are overcrowded and at close to max capacity during daylight hours in both the spring and fall. With hundreds of players across our Little League and competitive Travel baseball programs, we have teams utilizing every available baseball field in town (including the school fields, Hyatt, Crossway, Supply and Winston) for practices and games on any given day.

Successfully assigning fields for our 70+ baseball teams — in coordination with rec softball, travel softball, football, soccer and a variety of adult teams — requires nothing short of a miracle. Scheduling involves a complex matrix of considerations and factors, not the least of which includes player and coach availability for multiple practices and games, assigning appropriate fields for appropriate ages (i.e., not all fields are playable for every age), working around other non-Little League field requests (of which there are many) and the inevitable rainouts and rescheduled games. This tricky scheduling dance happens every spring and fall — and every spring and fall, without fail, there is always a shortage of fields. It is a significant challenge that we, as volunteers, struggle to manage every season, as do countless volunteers at all of our peer youth sports organizations.

In short, there should be no debate over whether there are enough fields in Scarsdale. There are not.

That is not an opinion, it is a fact, and one that Larry Medvinksy, Chairman of the Advisory Council on Parks & Recreation, acknowledged when he endorsed the project, stating “The dramatic expansion of youth sports programs over the past ten to fifteen years has made scheduling games and practices increasingly challenging. Field availability issues affect children playing for Independent Sports Organizations (ISOs), such as Little League, and those participating in Scarsdale Recreation programs. The Parks Department is sensitive to these issues and has tried to accommodate teams by opening fields at times when conditions are not optimal, which damages the fields for future play. They have also squeezed additional practices and games onto the fields that have better drainage. However, the additional stress placed on those fields also damages them and renders them virtually un-playable later in the season.

The availability of lights at Crossway Field 1 would alleviate at least some of these issues. New availabilities would open up for scheduling or re-scheduling games or practices lost due to weather conditions due to the availability of the lights. Finally, by providing occasional practices for the ISOs at Crossway Field 1, there would be less competition for fields generally, and therefore there would be less stress placed on the Village fields. We would also point out that the usage plan’s schedule for evening games would present wonderful opportunities for the community to come together and support our student-athletes.”

The lights proposal we have put forward is thoughtful, measured and sensitive to the needs of our fellow neighbors and community members. We believe that lights on Crossway 1 will add a great deal of flexibility for scheduling, increase field availability across multiple age groups and significantly improve the overall experience of players, families and spectators. The project has been well received by PRC which has formally recommended that the project proceed.

The group of neighbors opposed to the proposed lights project has been vocal and steadfast in their refusal to compromise. A small group of community members should not be able to hinder progress in Scarsdale and halt much-needed — and broadly desired — improvements to our Village facilities.

We implore the Village Trustees to examine all of the facts and to consider the realities of the current field shortages and how that impacts our community’s youth sports programs and the broader community in support of this project.

- Scarsdale Little League Board of Directors

This letter to the editor was written by Matt Conlan

Last weekend, Scarsdale10583 published a letter in opposition to Scarsdale Little League (SLL) installing lights on Crossway 1 (the baseball field closest to the pool). To paraphrase, the letter argued: “SLL’s claim that the lights will help alleviate field shortages is untrue because SLL does not currently use all their allocated field space.” I scheduled all the games and practices for SLL during my tenure on the SLL Board a decade ago, and I quickly deconstructed this poor analysis and misleading argument to be equivalent to saying, "There is never a shortage of parking at the Scarsdale Pool because the lot is empty during the winter.”

As I read their full analysis, it became obvious that the opponents’ Field Use Analysis contained substantial systematic errors such as over-counting fields that were available to SLL and only counting the game usages listed on the SLL website, failing to capture each team’s weekly practices, which nearly doubles SLL’s total weekly field usage. I assume this massive data error was inadvertent rather than deliberate misinformation. Similarly, the analysis of Youth Soccer field usage only incorporated SYSC’s practices, missing the fact that their teams dominate Scarsdale’s field usage every Sunday for games. All in all, it was shoddy data collection and analysis by people clearly not understanding SLL’s total scheduling needs nor the field allocation matrix the SPRC works so hard to construct.

Regarding game schedules, Scarsdale residents should know that field availability is not SLL’s only constraint when scheduling games. The most critical scheduling constraint is that SLL has a duty to manage pitch counts for their pitchers to avoid arm injuries, so games are scheduled with a few days of rest in between. Secondarily, SLL aims to provide a predictable schedule that meshes with the schedules of other popular sports like soccer and lacrosse, allowing kids to try/play more than one sport if they’d like. Also, it’s important to realize that SLL’s coaches are parent volunteers, not professional coaches, so scheduling of games and practices needs to be considerate of their work and family schedules.

With Saturday as the obvious anchor of SLL’s weekly game schedule, and the need to give pitchers a rest between games, mid-week games for kid-pitch leagues are bundled on Tuesday and Wednesday nights. The argument that “few or no games are scheduled on Thursday, Friday, and Sunday, so there is no field shortage” is a red herring borne of ignorance. Although players are not available to pitch games on those days, SLL’s available fields are used for teams’ weekly practices on days the teams are not playing games.

I am no longer a coach or board member of SLL as my son and daughters (yes, they played SLL, too) have long ago aged out of the program, but I remain spiritually affiliated with SLL in the purpose to pass along the love of baseball to younger generations. Personally, I think playing under the lights would be a fun, exciting, and memorable experience for SLL players. Given the community’s widespread enthusiasm and financial support for the installation of lights on Butler Field a couple of years ago, I suspect an overwhelming majority of Scarsdalians also endorse adding lights to Crossway 1 to improve the SLL experience for current and future children.

While disagreeing with their priorities, I respect that some local neighbors fear that the players’ enhanced fun would come at the expense of their evening quiet. That said, I felt it necessary to set the record straight that their letter demonstrates the opponents’ complete misunderstanding of SLL’s scheduling challenges and field use patterns. Their letter earns a big Bronx Cheer from me.

Public Service Message: The proper name of the field complex, and the road it is named after, is “Crossway,” not “Crossways.” Previously called “The Crossway,” the singularity of the name is historically significant as it was the only way to cross the undeveloped fields between Weaver Street and Mamaroneck Road. The all-too-common reference to the road/field as “Crossways” is analogous to referring to the GWB as the George Washington Bridges. Please pass the word.