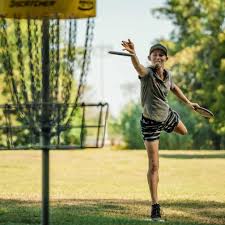 Controversy is brewing over the proposed installation of a Disc Golf course at Saxon Woods Park. Friends of Saxon Woods Park fear that building the course would require the destruction of trees and the course would draw Disc Golf enthusiasts from far and wide, causing crowding in the park. They claim that planning was done in secret and that there was no public hearing on the proposal to build the $40,000 course.

What is Disc Golf? According to the Professional Disc Golf Association, “Disc golf is played much like golf. Instead of a ball and clubs, though, players use a flying disc or Frisbee®. The sport was formalized in the 1970s and shares with golf the object of completing each hole in the fewest strokes (or, in the case of disc golf, fewest throws).

A golf disc is thrown from a tee area to a target, which is the "hole." The hole can be one of a number of disc golf targets; the most common is an elevated metal basket. As a player progresses down the fairway, he or she must make each consecutive throw from the spot where the previous throw landed. The trees, shrubs, and terrain changes located in and around the fairways provide challenging obstacles for the golfer. Finally, the "putt" lands in the basket and the hole is completed.”

Friends of Saxon Woods are circulating a petition on Change.Org asking for answers. You can read the petition below.

In response, County Executive George Latimer sent the email below. He explains that funding for the Disc Golf course was approved in the County’s 2019 budget, but plans to build the course were put on hold due to the pandemic. Latimer says that no trees will be taken down to accommodate the course, heavy machinery will not be required to build it and there was nothing secretive about the planning.

Petition on Change.Org with 677 Signatures Circulated by Friends of Saxon Woods

An Imminent Threat to Saxon Woods!

We have become alarmed to learn of a shadowy deal organized by a small, special interest group that plans to restrict large segments of the park from free public use. More troubling, this group has been negotiating with the County quietly, with little public knowledge or comment.

The group in question , Hudson Valley Disc Golf, has staged a “whisper campaign” for 8 years to transform our glorious wooded refuge into a single use Disc Golf course. This group claims that Saxon Woods is an “underused park” and they diminish the benefits Saxon Woods Park has to the thousands of dog walkers, hikers, children, runners, Scouts, and horse riders who use the park every day

The group claims Saxon Woods is underutilized, however, their proposal caters to an extremely narrow segment of the population, mostly from out of town. For most of us who don’t know, Disc Golf is an extremely niche hobby catering to a group of out-of-towners from NYC, the outer boroughs and New Jersey. Their Facebook page has 1200 members. It is not hard to envision vans and carloads from NYC, and NJ streaming into the parking lot, forcing us to pay parking fees on our public land, and effortlessly evicting us from the park.

Importantly, this group has leaned heavily on family contacts within the County Parks department to obtain $40k of funding, to clear hurdles and to ensure smooth passage. There are signs of improper municipal governance particularly given the secrecy under which this activity has been conducted. If the park is thought to be underutilized the County should have held a public comment period on how to use that $40k.

The Disc Gold group has unabashedly admitted to all of this behavior and you can hear their smug self-satisfaction as they high-five their questionable dealing and fleecing of the County in their own podcast: Hudson Valley Disc Golg Podcast, episode 75 available free for all to listen. Listen to the podcast as you walk –

Here are some excerpts:

- “The whole project is completely selfish” “it was basically a whisper campaign” “waged for 8 years” “spectacular underused place” “greasing the wheels that had to happen prior”
- “the Gift box delivery” “wouldn’t have happened without ‘personal relationship’”
“didn’t have to put a petition” in place, alternate sites would cost “millions of dollars”,
- fixing up the tollbooth when they “see how many cars are there and start charging” staging tournaments to “draw from most of the Northeast”

The direct quotes are damning and should raise alarm as to how this project received the green light and how willingly our limited free space is carved up for the interest of a few well-heeled, well-connected individuals.
We call upon existing park users to reach out to County leaders and to the County Parks department for answers. 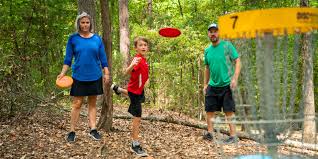 We want to know:

-When was the public comment period?
-Were personal relationships used to circumvent petitions and other common practices in determination of how to spend public funds? Were there proper disclosures of conflicts of interest?
-Where is the study of the best use of $40k of county taxpayer money for the specific improvement of Saxon Woods Park to facilitate more public usage?
-Where are the current Disc Golf plans? What are the restrictions on future expansion?
-Where are the erosion/environmental studies to show the lon-term impact? Where is the estimate of costs related to maintaining the existing low-lying thoroughfares in the hilly park once deforestation leads to the well-known impact of water and gravity?
-What is the plan for funding the required staffing and garbage removal? Parking fees will be raised for park users and taxpayer money will be required to fill the shortfall.

The wheels are in motion, much of this is already been signed off and this threat is very real. This is a last call for action. Stand up for our beloved park! Demand answers to these questions! Show County leadership that this park is NOT underutilized and demand our money is spent where it will give the biggest benefit to the most people.

The Parks Dept works for the residents NOT for private interests.

Please circulate this to your neighbors, the REAL park users, and together we can take a stand. 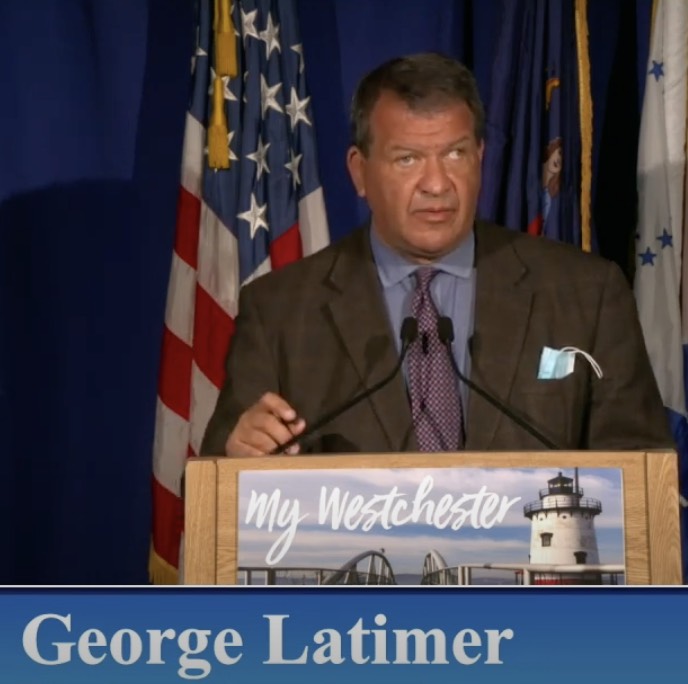 I saw over the weekend an anonymous flyer that expressed alarm over impending implementation of Disc Golf at Saxon Woods. The flyer, which made its way around Facebook and e-mails, spoke in very alarming and conspiratorial terms about what was about to happen at Saxon Woods. Much of the flyer’s assertions are untrue – so I wanted to clear the air with the facts as they exist. Feel free to circulate this e-mail in as wide a circle as the original flyer may have reached.

· Westchester County had a Disc Golf course in play at Kensico Dam Plaza Park up until 15 years ago. It was discontinued at that time when the Park was renovated. There has been demand from Westchester residents since then to re-establish it at another park; proposals from a group known as WeDGE (Westchester Disc Gold Enthusiasts) have been received as recently as 2013 asking for consideration to reinstitute the recreation.

· Disc Golf as a recreation/sport involves tossing a Frisbee across an area from a “tee box” to a “hole’, simulating a game of golf; the hole is usually a basket that the Frisbee lands in. Scoring is similar to golf with the number of throws = strokes to complete an 18-hole course. Lowest number of throws/strokes wins.

· In our 2020 County Budget adopted on December of 2019, the Board of Legislators added $40,000 to the budget to implement a Disc Golf course at one of our existing parks. Our Administration accepted the proposal and budgeted the money. Plans to advance the sport stopped with the initial outbreak of COVID last March. Originally, Sprain Ridge Park was surveyed for the purpose, but that park was found not to be sufficiently structured to allow for Disc Golf without disrupting other sports. The Parks Department has since focused on Saxon Woods, the portion in the southeast section, entered from Mamaroneck Avenue, Harrison. As you know, Saxon Woods in other sections houses an 18-hole regular golf course, a miniature golf course, public swimming pool and soccer field, along with numerous hiking/walking trails, picnic pavilions, etc.

· The Parks Department accepted two proposals for design of the Disc Golf Course, selecting one on a short-form contract of $20,000. That design group is developing a planned layout for the course and has not yet presented the design plan to the Parks Department personnel, much less to our Executive Team, for review and approval.

· Since “the plan” is in design and not yet approved – there is no site preparation at hand (i.e. NO clear cutting occurring; NO acceptance of any of the course layout adjacent to the Mamaroneck River; NO environmentally unsound actions underway). Reports to the contrary are false.

· Any plan adopted will NOT include the removal of healthy trees – in fact, the sport wants the existing wooded environment as essential to the competition in the sport. Dead trees and branches, and invasive species will be removed, as they normally are throughout all of our parks. No pesticides or herbicides will be used.

· NO heavy machinery will be needed or employed for this project. The existing ground cover – leaves, ivy, etc. – will remain intact.

· The Park will remain open as it usually does; hours of operation will not be extended to accommodate this specific use

· Parking fees remain as previously; free during the week, in force on the weekends; limited Park capacity and social distancing, notwithstanding the demand for this recreation, will continue to be in force as it is at all County parks during this pandemic

· We are considering, but have not yet decided, if we will limit usage in the first six months of operation, to Westchester residents, when the sport opens. We may do this to ensure a smooth start to managing the program

· Proper signage will be in place before any usage begins

· A site tour for legislators and Parks Board members will occur before final plans are set, to inform and elicit comments before final arrangements are set

· For those who are unfamiliar with the sport, and perhaps apprehensive, existing Disc Golf course are in use at the FDR State Park in Yorktown, and Leonard Park in Mt. Kisco. Visiting them to see operations may better inform those who are not well versed in the concept.

I was particular disturbed to see references to a podcast made by a group advocating this recreation; the opinions of those individuals do not represent the County’s management effort regarding this program. I was also offended to see the appearance of some type of unethical behavior attached to a Legislator and Parks department official, each of whom met with advocates as we often do in such matters. I might add there is no interest in expanding this program beyond Saxon Woods to Ridge Road Park or any other park until we see its level of usage and acceptance in the community. Such comments either by the advocates on the podcast, or the unnamed opponent on the flyer are equally inaccurate.

Finally, it is greatly frustrating to me to have to chase a false rumor all over the internet, when a simple inquiry to our office would have cleared up the matter properly. Which is exactly what I am doing, 24 hours after seeing the flyer online. This proposal has not yet been approved or implemented, so everything that projects a “behind the scenes deal” is extrapolated by those who choose to make their judgments based on the advocates’ podcast or some other source.

I have now set the record straight, and I trust you will convey this to all interested parties. Feel free to respond with any further questions you may have.

What do you think? Disc Golf or not at Saxon Woods Park? Please comment below.