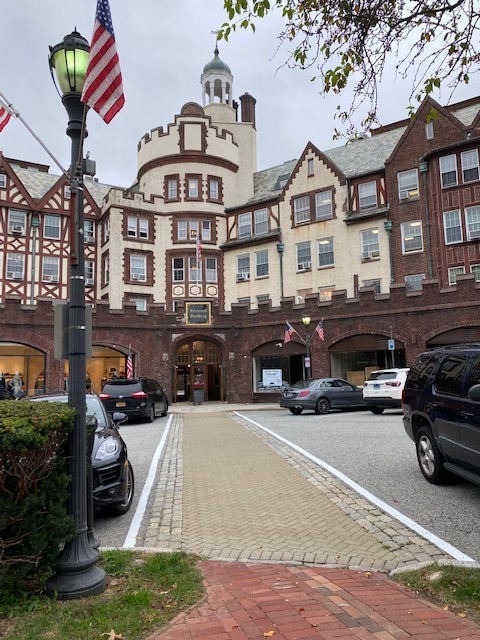 (This statement was forwarded to us by Alissa Baum, President of the League of Women Voters of Scarsdale)
The League of Women Voters of Scarsdale (the “League”) thanks members of the Village Administration (the “Administration”) and members of the Village Board of Trustees (the “Board”) for participating in a panel at the League’s General Membership Meeting and Village Budget Information Session and addressing questions related to the 2022-23 Tentative Village Budget (the “Budget”) on March 29, 2022 via Zoom. The League thanks Village Manager Rob Cole, Treasurer Ann Scaglione, Assistant Village Manager Alex Marshall, Mayor Jane Veron, Deputy Mayor Justin Arest, Trustee Sameer Ahuja, Trustee Karen Brew, and Trustee Lena Crandall, for addressing our specific questions related to the Budget as well as regarding potential issues going forward. The statement below reflects the consensus of League members at a Consensus Meeting held immediately after the Information Session.

The League supports the 2022-23 Village Tentative Budget. The League offers its comments and recommendations regarding certain budgetary items as well as the budget process, with the hope they will be considered as this year’s Budget is revised and finalized, and in the future.

The League notes and appreciates that the process for developing the Budget was significantly different from that used in previous years. This year, department heads were asked to establish goals and objectives and link funding requests to their attainment. Ultimately, department heads ranked priorities (high, medium, and low), and Village staff combined all requests into a single spreadsheet to allow items to be compared and evaluated, thereby providing a comprehensive picture of the costs involved.

In addition, several budgeting practices were revised to provide more accuracy and transparency, including:

Moving recurring equipment and capital expenses incurred in the ordinary course of business into the annual operating budget rather than the capital projects fund;

Itemizing all projects and purchases intended to be completed during FY 2022-23, rather than relying on surplus to fund previously unspecified projects at year end;

Identifying needed and, in some instances, long-deferred capital projects and providing a forward thinking multi-year plan to fund them. 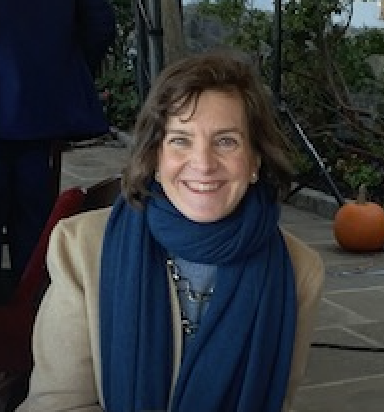 The Budget includes a tax levy increase of 3.7%, which is under the New York State Tax Cap of 4.7%. The total tax levy is $44.66 million. The average assessed property will see an increase this year of $216.67. The corresponding tax rate is 4.9535%. The current operation projections for 2022-23 shows operating expenses of $62.26 million, and operation revenue of $61.09 million, which results in a deficit of $1.17 million. The deficit will be covered by a transfer from the general fund balance.

The Budget also includes a proposed capital expenditure of $24.85 million, with $15.21 million earmarked for the pool complex renovation, if authorized. The projected sources of funds come from a combination of $19.2 million from debt, $1.8 million from American Rescue Plan Act Funds, $1.7 million transfer from the General Fund balance, and various monies from an intra-agency transfer, sanitary sewer rent, and the Parkland Trust Fund.

The League acknowledges the necessity of the proposed tax levy increase of 3.7%. The League commends the Village for providing a clear explanation and justification for the increase, with comprehensive discussion at Board meetings and the distribution of easy-to-understand visual supplementary materials that showed how the strategy of keeping taxes artificially low over the last 20 years by deferring needed capital improvements will eventually result in a sharp tax increase in future budget years. The League has repeatedly expressed concern about the deferral of needed capital improvements and appreciates the effort made this year to set a timeline for addressing some of them.

The League notes that the Village has included a $430,000 reserve in the Budget to reduce by 1% the tax increase that will be required in the following budget year and appreciates the Village’s effort to stabilize the tax impact on residents.

The League supports the revision of the fund balance policy, which now calls for unassigned fund balance to be maintained between 15-20% (up from 10-15%) of the ensuing year’s appropriations, pursuant to GFOA best practices.

In response to written League questions and questions presented at our information session, the Administration explained that the new unassigned fund balance policy is not a significant departure from the previous policy. The Village explanation being that “there were obligated funds parked in accounts that were not being spent down, thus constituting unrestricted fund balance not captured in the reported percentage, i.e., our reported unrestricted fund balance was historically higher than our reporting suggested.”

The League supports the maintenance of sufficient unassigned fund balance, especially in these uncertain times of continued potential disruptions from Covid-19 and the specter of rising inflation. The League is pleased by the more accurate and transparent reflection of unassigned fund balance in the Budget, thereby allowing the public to understand the real status of Village finances.

The League strongly commends the Village for adopting a CAPEX planning approach to set forth a schedule in which to fund needed capital projects now and over the next five years. The Capital Plan details the projects intended to be completed in the FY 2022-23 year and indicates the source of funding for each project.

Notable Major Capital Projects (and Source of Funding) Include:

The League encourages the Village to adopt this long-term approach for other major capital expenditures and to engage and inform the public in the endeavor.

Although we are pleased that the Administration and Board have finally sought to address many of the Village’s critical infrastructure needs, the League remains concerned about deferral of other important infrastructure needs, such as Village Hall and Freightway Garage, and hopes that both projects can be considered as early as next year’s budget process.

The League appreciates the Village’s explanations during the Budget working sessions regarding the rise in water rates. As per the Village’s responses to League questions, the Budget includes a 1% increase in water rates and doubles the ready-to-serve charge. The Village states that the increase is needed to cover not only water purchases and ongoing maintenance costs but also $2 million of capital expenses to begin rehabilitation work identified in the 2021 Water System Master Plan.

The League recognizes the need to maintain the financial integrity of the Water Enterprise Fund. The League looks forward to the future discussion of water rates and whether additional tiers of usage are advisable to more fairly charge residents based on their water consumption.

The League supports the addition of four full-time employment positions (code enforcement officer, Weinberg Nature Center naturalist, pool and park maintenance mechanic, and tree trimmer) and appreciates the identification of the proposed salaries as well as the fully-loaded cost of these positions in the Budget documents. The addition of full-time staff is a recurring cost and should be considered with care; however, the League recognizes the importance of hiring and retaining the staff necessary to fully support the services that residents expect and ensure the smooth operation of Village affairs.

Property tax is the largest source of revenue for the Village. The League appreciates the graph provided by the Village in its response to LWVS Questions detailing the top non-property tax revenues which shows that parking revenues have not returned to pre-pandemic levels. Given the uncertainty of future daily commuting patterns, the League encourages the Village to find creative ways to generate other revenue opportunities and thereby decrease the tax burden. Such opportunities might include increased code enforcement and penalties sufficient to deter violations as well as the further adjustment of fees and charges beyond those already raised as part of next year’s Budget.

The League looks forward to the continued discussion regarding who should bear the costs of various Village services such as recreation programs. For example, whether costs associated with certain activities like tennis should be funded, in part, by all taxpayers or passed on fully in the form of fees and permit costs only to end users. We encourage the Village to include the public in these important philosophical discussions.

The League strongly commends the Board for embracing the technology used during the pandemic and continuing to conduct meetings in a hybrid format. By maintaining the remote option after resuming in-person meetings, the Board has enhanced the public’s ability to view and/or to participate and comment during Board working sessions (which were not previously accessible by remote means) and during regular Board meetings. The League believes fervently in the importance of regular, easily accessible dialogues with the community, and hybrid meetings are one way to achieve that goal. The League encourages the Board to continue to find additional ways to engage a larger portion of residents to enable greater participation in important Village decisions.

The League commends the scheduling of additional Board working sessions in order to better implement this year’s new budget strategy and to more thoroughly explain the key decisions about taxes and the funding of capital projects. The League further commends the Board and Administration for posting online budget materials in advance of meetings and for providing explanatory memoranda and other simplified materials, such as the FY 2022-2023 Budget Brief. Publication of this Budget Brief allows the public to better understand the Budget and explanations for various decisions which are not readily accessible in the full 187 page Budget document.

The League thanks the Administration and Board for their professionalism and dedication to our Village. We would especially like to thank the new Village Manager, Robert Cole, who has filled his new position seamlessly as well as Village Treasurer, Ann Scaglione. Both have been so thorough, kind and responsive to our League questions on the Village Budget.

Thank you for taking our comments into consideration.