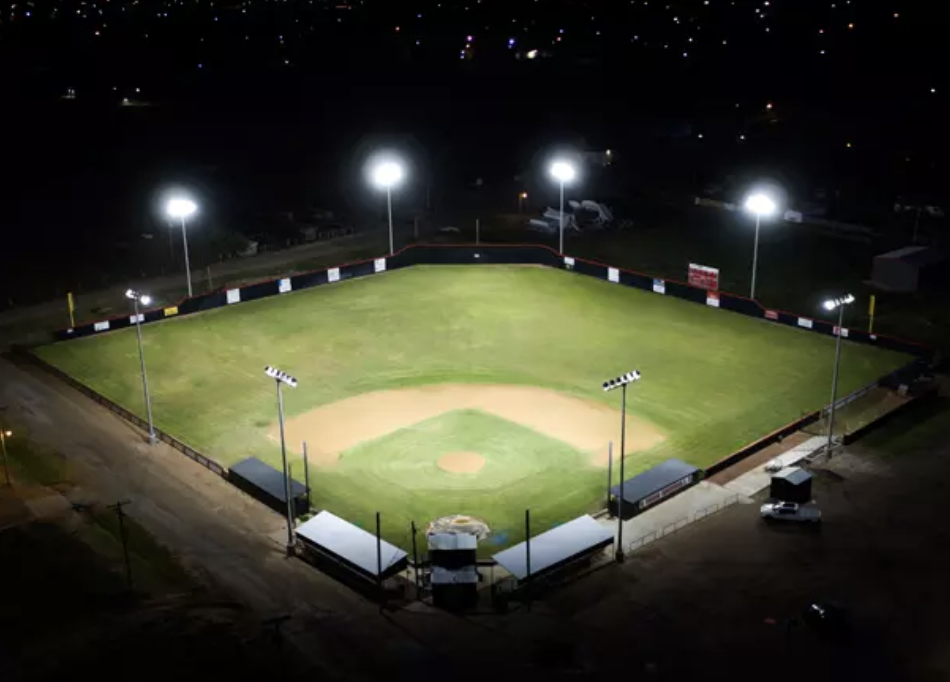 The Scarsdale Little League campaign to install lights on a baseball diamond at Crossway Field continues with a hearing of the Scarsdale Planning Board scheduled for Wednesday May 4 at 7 pm via Zoom.

The Planning Board will consider a proposed $455,000 gift from the league to finance the installation of lights on Crossway 1 and in the parking lot to allow for night games in the spring and fall. In addition to underwriting the cost of the installation, they have offered to fund the utility and maintenance costs for 25 years.

They estimate that the lights would be used for a total of 88 days for five out of seven days per week during the fall and spring. The proposal has received the endorsement of the Scarsdale Advisory Council on Parks and Recreation.

At the hearing, the Planning Board will consider the location of the lights, the type of lights, the potential for light spillage and “the potential impacts on adjacent land uses, including but not limited to potential increase in noise and traffic created by athletic events, including practices and contests conducted after sundown.”

Once they consider the questions above, they have been charged with making a recommendation on the proposal to the Village Board.

The proposal has both supporters and objectors.

A group called the “Crossway Lights Committee of the West Quaker Ridge Neighborhood Association” are among those who are seeking to turn down the proposal. Here is a letter from that group forwarded to us by Gerald Antell:

Crossway Lights are an Unnecessary Luxury

Night games would be fun. Night games would be cool. This is how Little League Board member, Steve Pass frames the motivation to offer a $ 500,000 gift to the Village to install 80 foot steel poles at Crossway Field. A permanent change to a neighborhood that has historically opposed lighted fields and is fighting them now. Our Petition to Oppose this thoughtless proposal has been joined by nearly 200 residents and is growing by the day.

Field availability is not the issue here. In fact, the Little League's own website states:
“many travel teams from other towns have been club teams without reliable access to their town fields, so more games than usual have been played in Scarsdale........we expect that trend to continue.”.

It is also well known that Scarsdale baseball fields have been used by teams from other towns for years.

As our Petition makes clear, the Crossway/Boulder Brook Sports “Complex” is already saturated with more sports activity on weekends and afternoons than anywhere else in the Village. Loads of traffic, noise, players, spectators, ice cream trucks, police cars and trash for hours on end. But this outrageous lighting project proposes to make it worse, disrupting the neighbors until 10 PM, by the time all the cars drive off.

The lighting project estimates 88 nights of use per year. And that's just for Little League games. As the Recreation Department publicity acknowledges, if Crossway were lighted, requests are anticipated from many teams and leagues including Men's Softball, Varsity/JV/Freshman Baseball and Softball, Recreation League Softball and Travel Softball. A lighted field could be allocated seven (7) nights a week, from April through October. That's quite a change for a neighborhood that has never allowed night-time activity in its history.

Supporters of the lighting project point to a similar installation at Butler Field at the High School. This is a laughable comparison. The Butler Field area has had lighted facilities for at least four (4) decades. And since the 2019 installation, the lights at Butler Field have been used, on average, once every two weeks. No wonder there has been mostly favorable reaction from the Butler neighbors----those lights are barely used!!!

But not all Butler neighbors are happy. In fact, our Petition now includes some. It turns out that many Butler neighbors felt ignored during the planning of that project and they are still unhappy about it now.

$500,000 is a lot of money. And the Little League is generous to offer it. The Village and the Recreation Dept. would love to accept it. But their answer should be: Thanks. But No Thanks.