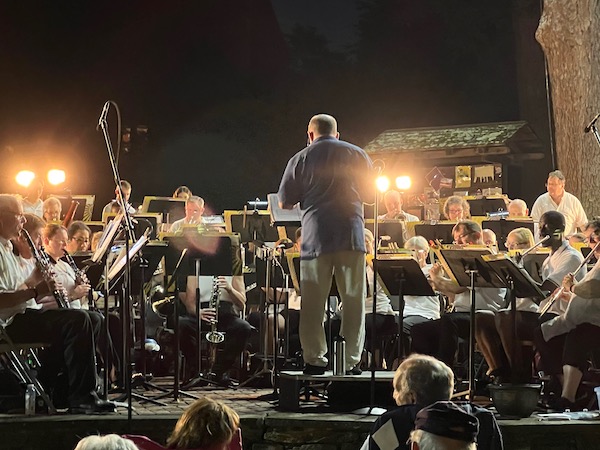 We had the pleasure of attending the “Mid Summer’s Night Dream” concert of the Westchester Band at Chase Park on Thursday July 21 and it was indeed a dream. It was a balmy night and the park was transformed into a well-lit stage for the large orchestra and the audience who surrounded them on lawn chairs and blankets. The road in front of the park was closed to traffic allowing others to spill out into the street and set up their chairs in front of the post office, for a night of primarily American works. 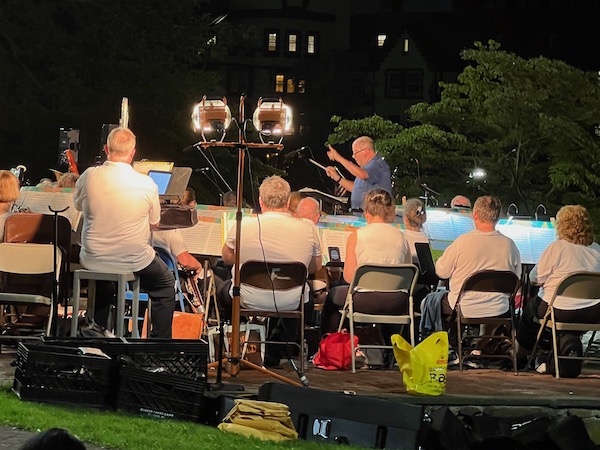 The sizable band, led by Musical Director Alan Hollander, is composed of professional, amateur and outstanding student musicians and puts on an impressive performance. We recognized music teachers and neighbors and were totally impressed with the sounds they produced.

On the program were a selection from Gershwin’s Porgy and Bess, the New World Symphony and two compositions from John Philip Sousa and lots more.

The audience swayed and clapped while children darted around the park and everyone enjoyed a totally free night of enjoyment.

Concerts continue on Thursday nights July 28, August 4 and 11 at 8 pm at Chase Park and we suggest you attend and savor these free concerts before summer ends. 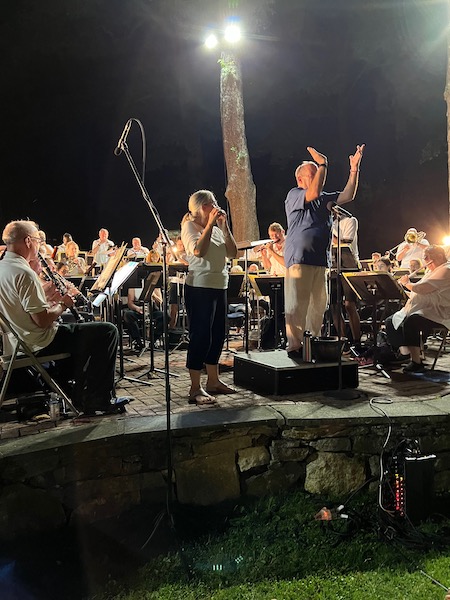 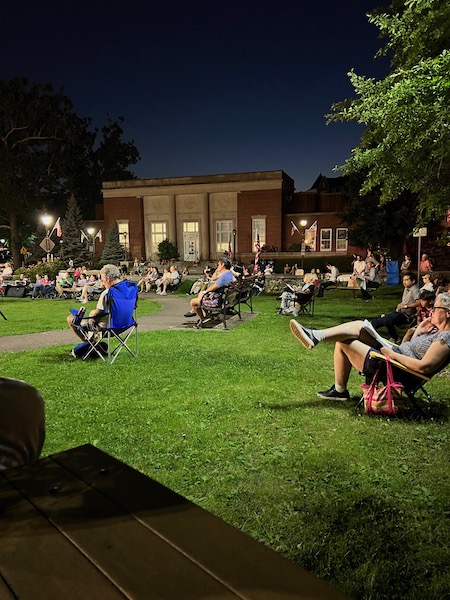