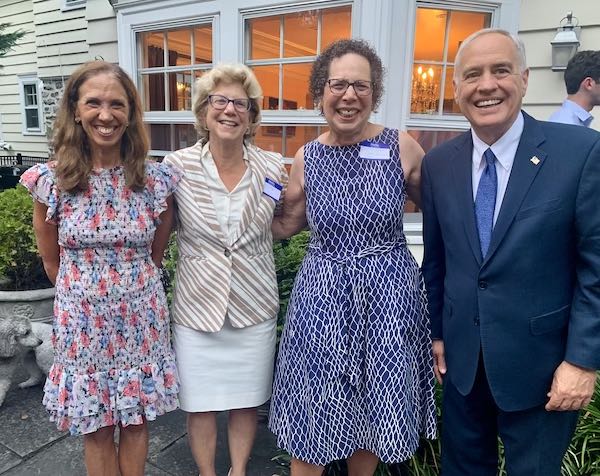 Amy Paulin, Shelley Mayer, Myra Saul and Tom DiNapoli(The following was submitted by Myra Saul, Chair of the Scarsdale Democrat Town Committee)
The Scarsdale Democratic Town Committee is on a roll. Last year, we set records in raising funds for Fair Fight, the voting rights organization founded by Stacey Abrams, the Democratic nominee for governor in Georgia. This year we had another successful fundraiser for local and state Democratic candidates at our annual event, held last Thursday, August 11. The Scarsdale Committee wishes to thank Assemblywoman Amy Paulin and her husband Ira Schuman for hosting the event at their home and providing the food. We also wish to thank Dean Moretta, owner of Vintology Wine & Spirits, for providing the wine. 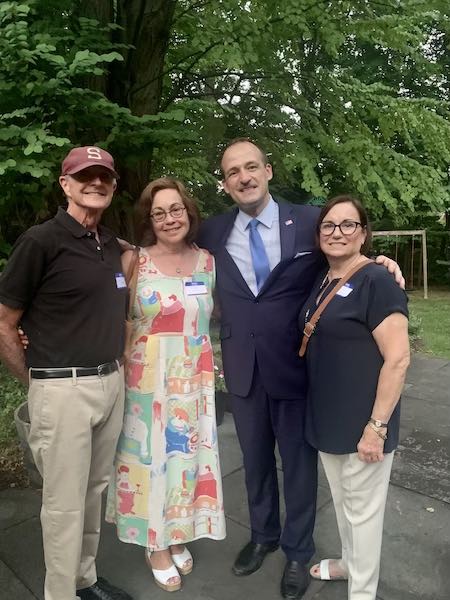 Unlike last year, when a downpour threatened the event, the crowd enjoyed milder temperatures. Our featured speaker was Tom DiNapoli, New York State Comptroller. In that position, he is a watchdog over the state’s finances and its pension funds. Comptroller DiNapoli is a dedicated public servant and is running for re-election, along with Governor Hochul, Lieutenant Governor Delgado and Attorney General Tish James, on the statewide ticket. We also heard remarks from our likely new state senator, Shelley Mayer, and Assemblywoman Paulin.

The unified message of the speakers: our New York Democratic executive leadership and legislature is doing an excellent job and deserves re-election, in what may be a challenging election year. Your vote is important and every vote counts! Democrats can’t rest because of prior wins; make sure to vote!

To name just a few successes of state Democrats: Democrats have been fiscally responsible with the funds made available through federal Covid programs and prudent overall. Democrats have fortified the rights of women to bodily autonomy in New York with a series of laws in the wake of the Dobbs decision. Despite the Supreme Court’s rejection of New York’s concealed carry law, new gun safety laws are on the books in New York to protect public spaces.

If you have any interest in politics and are a Democrat, the Scarsdale Democratic Town Committee welcomes your involvement. Please contact us; our email address is scarsdaledems@gmail.com 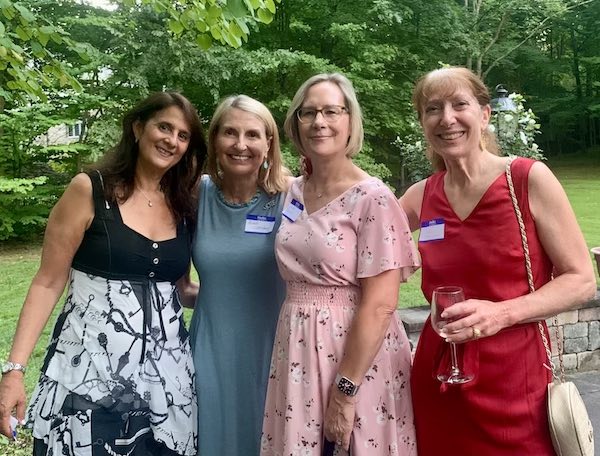 Susan Ross, Michelle Lichtenberg, Laura Daniels and Mona LongmanIf you are a registered Democrat, don’t forget to vote for the candidate of your choice in the August 23 Democratic congressional primary! Please note that the Scarsdale Democratic Town Committee has not endorsed a candidate in this race. 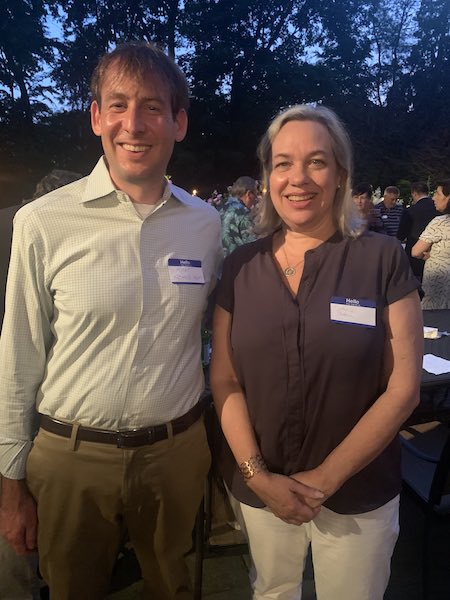 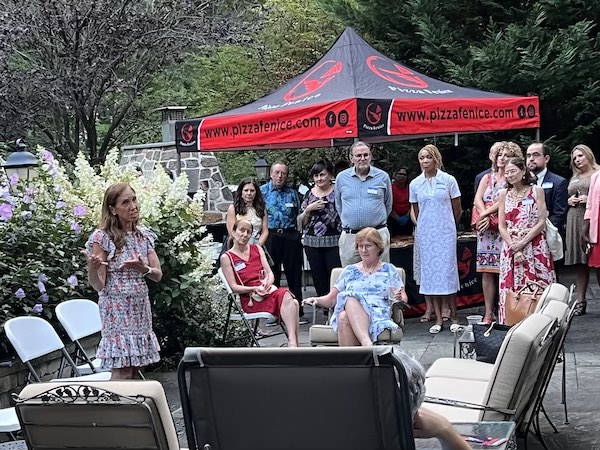