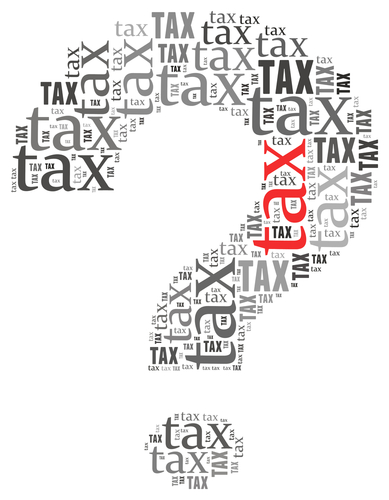 Seeking to clarify what went wrong with the School District’s tax payments in 2020 and 2021, School Board President Karen Ceske read a statement about the issue at the school board meeting on Monday April 4, 2022. (see below)

The meeting was livestreamed on the district website. However, due to an internet connectivity issue, the community was unable to hear her comments.

The statement revealed some new information:

Timing: Though the previous memo from the Board said that the district had been dealing with the tax issue for “several months,” this memo says that the district learned about the errors in June 2021. It says, “In June of 2021, the IRS sent the District a notice of intent to levy and notice of rights to a hearing.” The Board of Education continues to maintain that they first learned of this issue on March 25, 2022.

Tax Lien: Also revealed was the fact that in October 2021, the IRS filed a federal tax lien against the school district in the amount of $1,309,118 which remains in place.

However, there is lots more that needs to be explained.

-How/where did this keying error occur?

-Were similar errors made with the filing of NYS taxes and are there any issues with the state?

-Who is representing the district in negotiations with the IRS?? Who is filing the appeals on behalf of the district? Did the Board of Education approve any payments to tax attorney’s in connection with this issue?

-Why did the entire issue slip by the auditors?

Here is the statement from Board President Karen Ceske followed by comments and more questions from several residents.

(From Karen) The other important matter this evening is assuring the community that the Board and District are working with legal counsel and other appropriate advisors to resolve the current IRS payroll tax issue. We understand that the community seeks additional information on this issue and timely answers to its questions. I will add more context to the factual information shared at the March 30th Special Meeting and provide some further clarification. We do ask that the community understand that this is presently a matter requiring consultation with and advice from legal counsel, and therefore the Board is still limited in what it can disclose. The Board is committed to providing transparency, and we will update the community as we are able.

The primary issue before us is one of timing. To be clear, all tax payments were made in 2020. However, when keying a Q1 deposit into the payment system, an error occurred, resulting in part of the Q1 payment being paid late and, thus, a corresponding IRS “failure to deposit” penalty was assessed. Moreover, a Q3 deposit was applied to Q2 and a Q4 deposit was applied to Q3, resulting in two further IRS “failure to deposit” penalties being assessed in Q3 and Q4, respectively.

The District has already filed an abatement request and refund claim for the funds used by the IRS to pay the Q1 and Q3 penalties. The District has been advised, verbally, by the IRS Office of Appeals that the Q4 penalty may be abated when the Q4 taxes are satisfied.

In addition, the IRS has also assessed a penalty of approximately $412,837, plus interest, pertaining to an unrelated error with respect to the District's filing of its Q2 2021 payroll tax return. The District has already filed a request for abatement of this penalty.

In June of 2021, the IRS sent the District a notice of intent to levy and notice of rights to a hearing. Over the next several months, District officials had several communications with the IRS regarding the clerical errors in an attempt to clarify what had occurred and to request abatement of all penalties. Despite verbal assurances by the IRS to District employees on several occasions that it would not impose a lien on the District while it was cooperating in an effort to resolve the matter, a federal tax lien was filed by the IRS in October 2021 in the amount $1,309,118.34. Our lawyers are working towards getting this lien released.

The Board was informed about this situation on Friday, March 25th, held an Executive Session with our tax attorneys from BSK on March 28th to discuss the legal consequences, including the potential likelihood of litigation, and disclosed the details of the situation to the public and took action at the March 30th Special Meeting to authorize payment of the outstanding Q4 taxes. We held a Special Meeting on March 30th because we were required to take this action by this date.

In consultation with our auditors, we have confirmed that the $843,558 payment to the IRS for taxes that are due (not penalties or interest) can be deferred and recorded as an account receivable in the General Fund. It will simultaneously be recorded as an allowance against the accounts receivable in the Government-Wide financial statements, along with a footnote disclosure providing more information for the readers of the financial statements. To reiterate, the District has filed for an abatement of these Q1 and Q3 penalties and, if successful, the penalties will be abated, which will result in the $843,558 tax payment becoming an overpayment that can then be refunded.

This issue does not impact the 2022-2023 budget, and the District is seeking a full refund and abatement of all assessed penalties, and if successful, payment of these penalties will not be owed. The exact timing and outcome of such refunds are uncertain. To reiterate, the District has filed for an abatement of these Q1 and Q3 penalties and, if successful, the penalties will be abated and interest will be adjusted, resulting in an approximate $861,320 refund to the District, which can then be applied to the receivable.

We acknowledge that the community has the right to answers, and we will continue to update the community as and when additional factual details become available, but for now, we cannot comment or elaborate further because of the legal implications.

A few residents spoke during public comments or sent us their comments for publication after the meeting.

Mayra Kirkendall Rodriguez said, “Last week, I emailed questions about the payroll errors. Dr. Hagerman responded and stated the he was responding on behalf of the Administration and the Board. The Board and the Administration are not the same body. The Board is supposed to be independent and its role is to provide oversight. The payroll errors occurred in 2020 and 2021, while Dr. Hagerman has been superintendent. Is it not a conflict of interest that he decides what to answer about this issue and that you the Board do not respond to taxpayers' questions? What oversight did you as a Board provide on audits and accounting documentation when these errors occurred and what oversight are you providing now? In publicly available documents on your BOE website, you are the audit committee signing off on audits and risk assessments. Additionally, in July 2021 you the Board authorized the Assistant Superintendent for Business to certify all payroll registers. What are those registers and did you see those registers? In your Board policy #6800 on payroll procedures, it states that a periodic test will be conducted to verify accuracy and appropriateness of District payrolls. How often is that test conducted, by whom, and when was the last time that this was done? This evening we are learning that the Administration has known about these errors since June 2021. So why was the Board only notified March 25th? The District has been talking to the IRS and auditors since June 2021, how is it possible that the Board was not notified?

I urge you to provide a clear explanation of the recordkeeping and accounting. In my decades of working as a financial risk analyst with private sector and government entities, I have never seen a tax payment be declared an account receivable unless there is proof that tax funds are being reimbursed within twelve months. Once the tax payment is authorized, which you all did unanimously on Wednesday, it is recorded as a payable on the balance sheet. On the revenue/income statement, the payment is labeled as an expense and is subtracted from the revenues. When a company/organization has confirmation that the IRS will reduce some or all of an expense or a penalty, that amount becomes a receivable on the asset side of the balance sheet. And for a pending incoming amount to be labeled a receivable, it should be measurable, collectible and due within twelve months. So, if the District does not know what amount the IRS might refund you and/or when, what part of GASB allows it to be called a receivable? Please point us to the GASB rule that allows a tax expense to now become an account receivable.
And what about the tax penalties, will the District now record those as payables on the balance sheet?

And now that the District has larger payables, how does that affect how Moody’s might score you on leverage, which as it is, that part of the rating methodology is not a AAA, but about one-to-two notches lower?

Also, please tell us what the cost will be of additional counsel, auditors, and maybe improvements in tech systems to detect errors.

Does the District need restate financials or files a notice with the SEC, since the financials are now different than what you filed previously?

Does the District need to restate the financials to submit to NYSED of the State Comptroller?

You just authorized payment of over $843,000, what impact does this payment have on net revenues and the tax cap? Will the decrease in cash affect our rating?

Did these payroll errors surface in an internal or external audit?

Do you need a new auditor?

What are the new controls you have put in place?

We are about to be looking for a fulltime superintendent, how does this scandal attract a qualified professional?

Rachana Singh called in via Zoom and said, “Why did the meeting notice (for the March 30 Board meeting) not include any notice of a tax issue? At that meeting the board again failed to allow public comment. Who are the districts auditors? How much will the legal and accounting fees be? How can they (the Board of Education) do oversight if they were not informed? When was the abatement filed? What is the unrelated effort of $412,000 for Q2 2021?

Will the board disclose the result of an audit? Once paid, it (the taxes and penalties) will reduce the cash at hand – it is a significant burden on taxpayers. It might affect students. Please disclose as many details as possible without jeopardizing the outcome. I urge you to be more transparent to the school community.

Bob Berg spoke at length and you can see his edited comments here:

Bob Harrison said, “This is serious – how did it happen? Who goofed? $800,000. We pride ourselves in our triple AAA rating? Some heads should roll. This is a serious mistake. (Turning to Dr. Hagerman he said, “I think you’re being paid about $459,000 this year. You were supposed to give us 12 months notice and you put us in a difficult spot. Maybe you should resign. How much does the district have in in its bank accounts – what interest rates are you getting? Or is the cash in treasury bills? I would like to get some answers. Let the community know what you are doing with our money.”