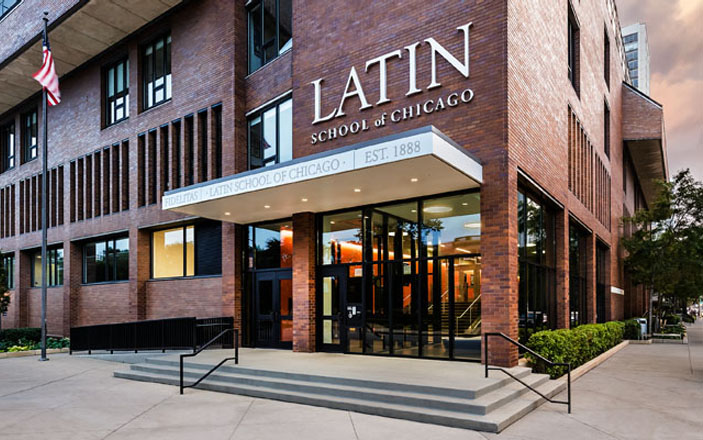 Koo shared a letter of explanation that Dr. Hagerman wrote to the school community that sought to explain the IRS issue. In Hagerman’s letter he asserts his belief in “addressing issues directly and openly.” He explains that the Scarsdale School “district has been working diligently with the IRS since we learned of clerical errors on payroll taxes made in 2020-21,” and says, “we are still working toward resolution.” What he doesn’t say is why he failed to alert the Board of Education after the first notice from the IRS in June 2021 and even after the IRS imposed a $1,309,000 tax lien against the district in October 2021.

By way of an explanation he says, “the District has been advised by our attorneys that we should only share information that will not interfere with our ongoing negotiations with the IRS.” Is he implying that he did not disclose the errors, penalties and lien until March 25, 2022 because they posed a risk to the negotiations? And if so, why did the Scarsdale Board of Education immediately share the issue with the community when they learned about in March2022? Did transparency no longer impede negotiations?

The first point that was omitted from Ceske’s statement said, “the Board and District are working with legal counsel and other appropriate advisors to resolve the current IRS payroll tax issue.”

The second omission was the fact that refunds from the IRS are uncertain. That paragraph says, “This issue does not impact the 2022-2023 budget, and the District is seeking a full refund and abatement of all assessed penalties, and if successful, payment of these penalties will not be owed. The exact timing and outcome of such refunds are uncertain. To reiterate, the District has filed for an abatement of these Q1 and Q3 penalties and, if successful, the penalties will be abated and interest will be adjusted, resulting in an approximate $861,320 refund to the District, which can then be applied to the receivable.”

The last point that was left out was that the Board is planning do an investigation of the administration. It says, “In concert with the District, our auditors, and the IRS, corrective measures and additional internal controls have been instituted to ensure these errors do not occur again. The Board has also called for an audit of the District’s payroll tax processes, including a review of internal controls with the District’s Administration and further investigation into this matter.”

In addition he added three sentences to the end of the Board President's statement that she did not say, Here is what was added: "As I indicated before, we have been in regular communication with the IRS, working towards a resolution. We have submitted all materials for abatements and refunds at this time. The Board's role in this work has been to approve a Q4 tax payment so that this resolution process could continue."

Why this addition is significant is that the Board was not aware of the issue and was not in communication with the IRS to negotiate a resolution. The administration was doing that work without informing the Board.

Dr. Hagerman provided no plausible scenario of why this issue was kept under wraps for almost a year. In fact his excuse for burying the issue is sounding more and more like Trump’s excuse for his failure to disclose his tax returns, claiming that his taxes are being audited by the IRS.

What we do know is that Dr. Hagerman is openly admitting to being aware of the issue and working diligently to resolve it. What he is not saying to the Scarsdale community or the Latin School community is why he hid the $1.7 million mistake from the Board of Education and the public.

Here is the letter from the Latin School

Dear Latin Community, I want to share the note below from our new Head of School Dr. Thomas Hagerman. As you may already be aware, the Scarsdale School District has recently received some scrutiny from their community and the media related to an ongoing issue with the IRS. Dr. Hagerman contacted me as this matter evolved, and we agreed it was important to acknowledge it with the Latin community. He shared this note with the Board of Trustees as well as all faculty and staff on Friday. Further, Dr. Hagerman met with the Executive Committee of the Board of Trustees to openly and transparently discuss the situation. The Executive Committee was comforted by this discussion. Dr. Hagerman has a strong track record of service and leadership built over the many years of his career. We are fully confident in and excited to welcome him as our next Head of School. We appreciate Dr. Hagerman's proactive and thoughtful consideration of the Latin community at this time, and we have assured him our full and ongoing support. Best, David Koo Chair, Board of Trustees

Dear Families, While I hoped my initial engagement with all of you would be more celebratory, I am reaching out now because I believe in addressing issues directly and openly. I want to acknowledge the recent media regarding an IRS issue in my current District and provide you with some background. My District has been working diligently with the IRS since we learned of clerical errors on payroll taxes made in 2020-21. Although it has taken some time, the IRS has been forthcoming about the steps we need to take in order to rectify the situation and receive appropriate abatements and refunds.

For additional details, you can read excerpts from my Board President's last opening comments at the end of this note. Our intentions and work have both been aligned around the following areas: correcting the clerical errors that were made, ensuring all payroll tax obligations were paid, and resolving penalties that were issued as a result of these mistakes.

As we are still working toward resolution on these issues, the District has been advised by our attorneys that we should only share information that will not interfere with our ongoing negotiations with the IRS. I deal with the media frequently in my role and understand the need for information to be shared publicly about important matters. We continue to work with both the community and the media to share factual information. My intent in reaching out today is to be proactive, clear, and direct on these events, and I appreciate your understanding and support. Very best, Thomas Hagerman

Excerpts from the Scarsdale District Board President's opening comments from our last Board meeting: "The primary issue before us is one of timing. To be clear, all tax payments were made in 2020. However, when keying a Q1 deposit into the payment system, an error occurred, resulting in part of the Q1 payment being paid late and, thus, a corresponding IRS "failure to deposit" penalty was assessed. Moreover, a Q3 deposit was applied to Q2 and a Q4 deposit was applied to Q3, resulting in two further IRS "failure to deposit" penalties being assessed in Q3 and Q4, respectively. In addition, because Q2 and Q3 had been fully paid at the time the Q3 and Q4 misapplied deposits were made, respectively, the Q3 and Q4 deposits were therefore deemed "overpayments" in Q2 and Q3. The penalties assessed in Q1 and Q3 totaled $861,320. The penalty in Q4 totaled $448,316.81. Because of the IRS's penalty structure, instead of being refunded to the District, the District's Q3 and Q4 tax payments, which had been misallocated and deemed "overpayments" in Q2 and Q3, were applied by the IRS to pay this $861,320 penalty; as a result, a tax shortfall of $843,558 occurred in Q4. The District has already filed an abatement request and refund claim for the funds used by the IRS to pay the Q1 and Q3 penalties. The District has been advised, verbally, by the IRS Office of Appeals that the Q4 penalty may be abated when the Q4 taxes are satisfied. In addition, the IRS has also assessed a penalty of approximately $412,837, plus interest, pertaining to an unrelated error with respect to the District's filing of its Q2 2021 payroll tax return. The District has already filed a request for abatement of this penalty.

In June of 2021, the IRS sent the District a notice of intent to levy and notice of rights to a hearing. Over the next several months, District officials had several communications with the IRS regarding the clerical errors in an attempt to clarify what had occurred and to request abatement of all penalties. Despite verbal assurances by the IRS to District employees on several occasions that it would not impose a lien on the District while it was cooperating in an effort to resolve the matter, a federal tax lien was filed by the IRS in October 2021 in the amount $1,309,118.34. Our lawyers are working towards getting this lien released.

The Board was informed about this situation on Friday, March 25th, held an Executive Session with our tax attorneys from BSK on March 28th to discuss the legal consequences, including the potential likelihood of litigation, and disclosed the details of the situation to the public and took action at the March 30th Special Meeting to authorize payment of the outstanding Q4 taxes. We held a Special Meeting on March 30th because we were required to take this action by this date. In consultation with our auditors, we have confirmed that the $843,558 payment to the IRS for taxes that are due (not penalties or interest) can be deferred and recorded as an account receivable in the General Fund. It will simultaneously be recorded as an allowance against the accounts receivable in the Government-Wide financial statements, along with a footnote disclosure providing more information for the readers of the financial statements.

To reiterate, the District has filed for an abatement of these Q1 and Q3 penalties and, if successful, the penalties will be abated, which will result in the $843,558 tax payment becoming an overpayment that can then be refunded… We acknowledge that the community has the right to answers, and we will continue to update the community as and when additional factual details become available, but for now, we cannot comment or elaborate further because of the legal implications. As I indicated before, we have been in regular communication with the IRS, working towards a resolution. We have submitted all materials for abatements and refunds at this time. The Board's role in this work has been to approve a Q4 tax payment so that this resolution process could continue."