Police: Young Man Arrested for Possession of Semi-Automatic Weapons Plus An Untimely Death 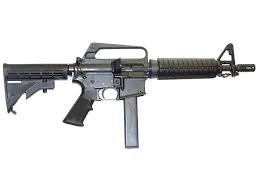 (Updated July 20, 2022) To those who say, “It can’t happen here,” this is a cautionary tale about the presence of assault weapons and ammunition in our community.

According to the Scarsdale Police, at 10:20 am on Wednesday July 13, 2022, a Walworth Avenue mother called police to say she was bringing in her 23 year-old son to be arrested for the possession of semi-automatic weapons, magazines and ammunition found in his bedroom at the house.

At 10:46 am he was brought in and identified as Andrew G. Constantin, age 23 of Walworth Avenue, Scarsdale Constantin was read his Miranda Rights, signed a waiver and admitted he had assault weapons in his room.

He was placed in the holding cell and charged with Criminal Possession of an Assault Weapon in the 3rd degree and Criminal Possession of an Ammunition Feeding weapon in the 3rd degree. At 2:26 pm after the arrest processing was completed, he was transported to Scarsdale Village Court for his arraignment. He was arraigned and released on his own recognizance with a court date set for July 20, 2022. He was represented by legal counsel.(Update) Constantin appeared before Village Justice Cynthia Dunne on July 20 and the case was adjourned until September 14, 2022.

Police are investigating how Constantin secured the weapons and ammunition.

According to Lt. Brendan Kellaher, "It is not illegal to possess “magazines that feed ammunition,” but rather large capacity ammunition feeding devices, which can accept more than 10 rounds as specified in our NYS Penal Law, article 265. As of this time I can only advise that the weapons we recovered were in fact semi-automatic rifles and that due to the NYS Safe Act their possession by the defendant was unlawful. The exact features I cannot comment on due to the ongoing investigation."

What to do? Police advise parents to remain vigilant and be aware of children and even adult children’s text message and involvement on social media, especially on anonymous sites, though from what police can see, this incident did not involve social media.

In additional sad news, police have reported the death of a 23 year-old man at his home on Rectory Lane in Scarsdale. The death was reported by his parent at 12:48 pm on July 16, 2022. The name of the victim and the cause of death were withheld.