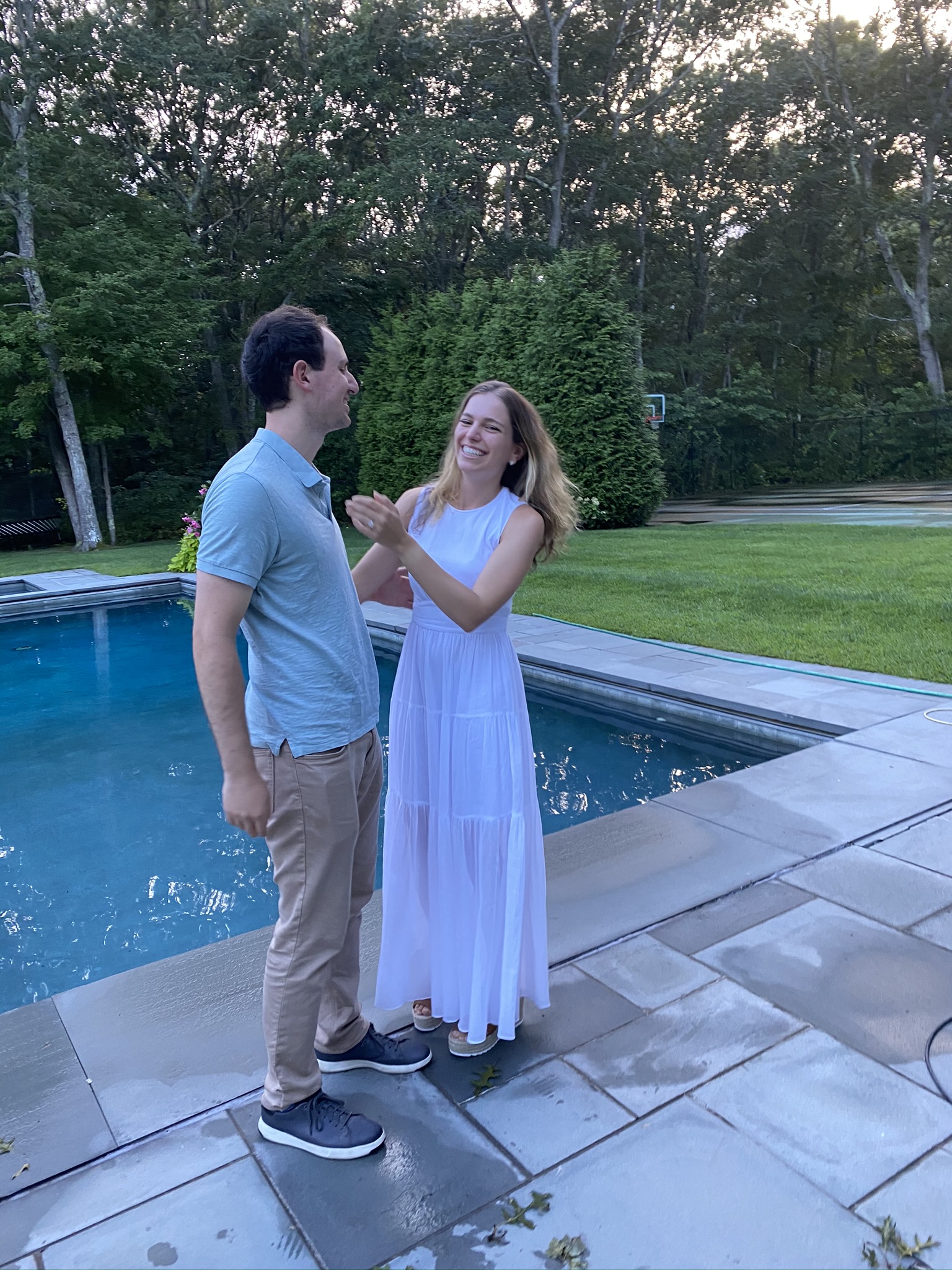 Scarsdale High School sweethearts Caroline Simon and Bryan Gertzog, both age 28 and both 2010 graduates of SHS and 2014 graduates of Cornell University, have announced their engagement. They are the children of Linda Wolk Simon and Joe Simon and Lori and Gary Gertzog, who all live in Scarsdale.

The two started dating during senior year of high school when they both were admitted to Cornell and went to the prom together. Check out the 2010 photo of the two with Dean Michael Hiller. They met in Hiller’s Civ Ed section in ninth grade. The two remained a pair at Cornell. After graduation, Simon moved to Washington to work for Deloitte while Gertzog pursued a career in private equity and is now a Vice President at Stripes a growth equity firm based in New York. Simon is now in her second year of the MBA program at the Wharton School at the University of Pennsylvania.

Gertzog popped the question on Gibson Beach in Sagaponack on August 7. When Caroline said yes, the two families celebrated the long awaited engagement with dinner at Topping Rose House in Bridgehampton.

Caroline explained, “While COVID has certainly disrupted normal life in many ways—school, internship, and work all went virtual, and we moved in with our parents—we have gotten to live together for the past several months when we would have otherwise been apart (Caroline in Philly, Bryan in NYC). We’re moving to Philly together in September, which wouldn’t have been possible under normal circumstances.”

Share your news. Send your lifecycle announcements to: scarsdalecomments@gmail.com. 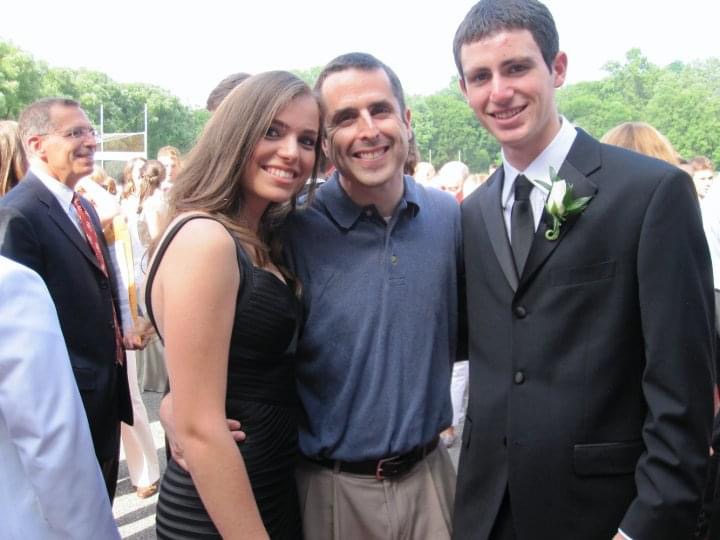