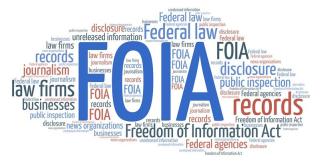 Reversing years of secrecy, on May 10, 2022, in response to a FOIL request, the Scarsdale Board of Education released a trove of documents related to the district’s tax problems. The documents, which are letters to and from the IRS to the district, outline a series of payroll tax errors during 2020 and 2021 that resulted in penalties, fines and a $1.3 million lien against the district. Scarsdale School Superintendent Thomas Hagerman’s failure to divulge the problems ultimately led to his early resignation from his job on Friday May 6, 2022.

In addition to shedding light on the clerical and timing errors that caused the trouble, the documents provide a record of the IRS failing to notice and notify the district of their errors. The agency was hampered during COVID and delayed their processing. This may be the reason that the school district was not notified until January 11, 2021 about a penalty of $174,798.60 for a failure to deposit the proper amount in the first quarter of 2020. It took until April 26, 2021 for the IRS to notify the district of an additional penalty of $539,370 for the “total failure to make a proper federal tax deposit in the first quarter of 2020, bring the total penalty with interest to $715,683.71.”

In addition, the IRS applied payments for subsequent quarters to cover penalties and interest for previous quarters, rather than the quarters for which they were intended.

This series of errors resulted in a cascading series of increasing penalties and interest, and a $1.3mm lien on the district, despite the fact that once the district was aware of the issues, they made all required tax payments in full.

The FOILED documents include an affidavit from Scarsdale School District Treasurer Jeff Martin attesting to the fact that the district has “at all times, acted in good faith and its inadvertent clerical error were not due to willful neglect or intentional disregard.” Furthermore, “the taxpayer (Scarsdale Schools) made numerous attempts to contact the IRS to resolve these issues as soon as they were notified,” and “complied with IRS instructions, including providing a reconciliation of the clerical errors, in order to resolve this issue and avoid a Federal Tax Lien, but to no avail.”

The district is applying for an “abatement for reasonable cause" because:

-all required deposits have been made and taxes have been paid by the taxpayer
-all the errors were inadvertent clerical error
-the district has instituted a corrective action plan and new procedures
-the district made good faith attempts to contact the IRS to resolve the issues
-had the third and fourth quarter 2020 taxes been applied to the proper payment for the proper quarter as intended, the district would have incurred only the first quarter 2020 penalty related to the $900,00 shortfall.

See all the documents relating to the tax issue on the Board of Education page of the Scarsdale Schools website under the tab IRS Matter.

Reports about the backlog in tax processing at the IRS have appeared in the Washington Post, Politico and the New York Times. The agency has lost 20,000 employees since 2010. The New York Times reported, “As of late December, the I.R.S. had yet to finish processing six million original tax returns, 2.3 million amended returns, more than two million employer quarterly returns and five million pieces of taxpayer correspondence — with some submissions dating to April and with many taxpayers still waiting for refunds, according to the advocate’s report.”

An article in Politico says that in January 2022, 200 Senate and House members wrote a letter to the IRS Commissioner Chuck Rettig asking the agency to excuse penalties, delay collections and put fewer limits on taxpayer’s ability to claim reasonable cause for relief due to the pileup at the agency and their inability to sort and answer all the mail.

According to the Politico article, “The unprocessed forms have in many cases led to automatic penalty notices, liens and more.”

With issues still unresolved at the Scarsdale Schools, the IRS continues to automatically issue penalty notifications despite the fact that all taxes have been paid.