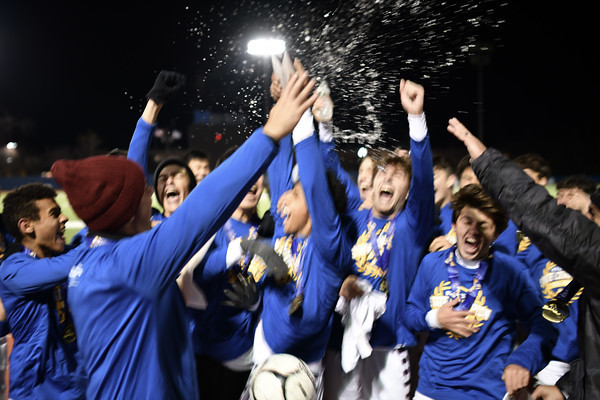 It was two months ago when I first wrote about Scarsdale High School’s, now legendary, boys soccer team. They had won their first six matches and were beginning to gain traction and recognition. Now State Champions, and undefeated 21-0, they demand respect for a season unlike any in Scarsdale history. How far they have come since the start of their season and yet how close they have stayed to their principles and determination.

The state championship match on Sunday November 13, 2022, had an energy like never before. The lights illuminated Middletown High School's turf and fans filed into the tall steep-sloping bleachers. Scarsdale’s squad overwhelmed McQuaid Jesuit. Right off the bat, the competition was fierce. Like most of Scarsdale’s games, their possession was profuse. Captain Nico Galeano, with the first goal, won the raiders a 1-0 lead by half-time. In the second half, none other than his brother, sophomore Lorenzo Galeano, skillfully dribbled through three defenders and took the shot over the goalie to score the only other goal of the game and send the crowds roaring.

After the match Nico said his brother, “played the game of his life.” With a unified countdown from the fans, Scarsdale secured the New York State Championship Class AA title for the first time in Scarsdale soccer history.

With the team's accolades and awards, from All-Section to All-State awards, and Nico Galeano’s recent nomination for All-American, it’s obvious that this group of athletes have something special. Every player on the field is instrumental and technically masterful. They do not rely on any one player to carry the team. Since eight of the eleven starters play together in the off-season on New York Premier Future Soccer Club, it's promising that next year we could see the same degree of success. With that, this history-making season comes to a close, and we can only wait to see if Raider’s teams can continue this success in the winter. 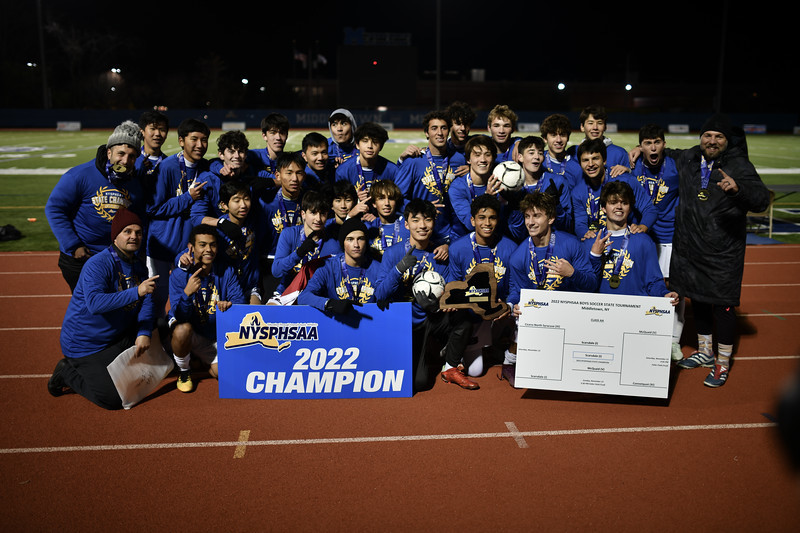