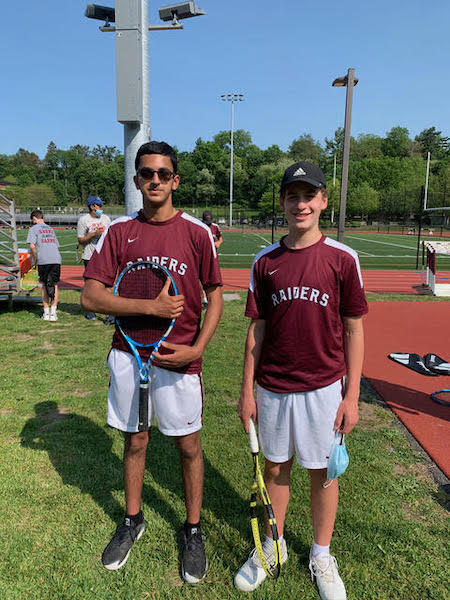 First doubles team Samir Kini and Ben HymanThough the boys tennis season was shorter than usual, it sure beat last year when there were no matches at all. We chatted with Boys Varsity A Tennis Coach Jennifer Roane at the team’s last regular match of the season against Rye, and she explained that for the first time ever, this year she welcomed ten new members to the team and had only three returning players.

The relatively green team did well – ending the regular season with four wins and three losses. At their final match against Rye on Wednesday May 19 at home, they had a clean sweep, winning all seven courts. 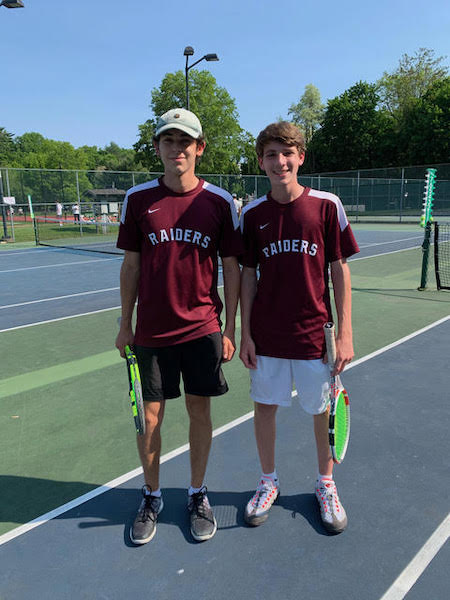 Roane hopes to send a few teams to the sectionals to be held from June 5-12.  There will be no state championship this year. 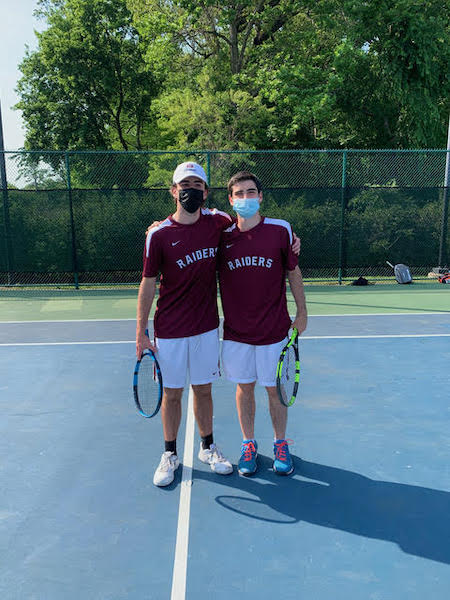 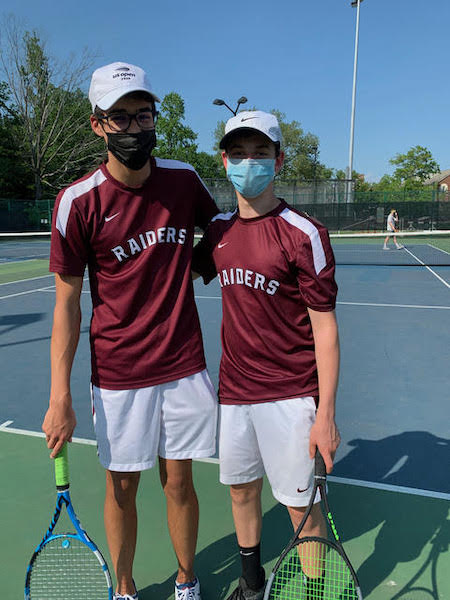