League Examines Establishment of a Foundation in Scarsdale 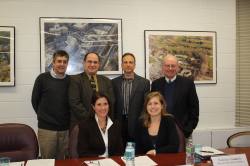 Scarsdale has been grappling with the issue of the establishment of a foundation to supplement the school budget for years. Generally, an education foundation is a tax exempt, charitable organization that can solicit tax-deductible donations from individuals and businesses. These funds can be used for capital improvements to the schools, new programs or to supplement taxpayer dollars to fill in gaps in the school budget.

Since the establishment and governance of such a foundation is a complex issue, the League of Women Voters decided to study whether or not a foundation should be formed in 2004. Now, six years later, the League has completed their study and brought it to the community for review, and to their membership to form a consensus on the issue.

The goals of the study were as follows:

• To indentify and examine educational foundations that have been established in communities similar to Scarsdale that provide funding for their public schools; and

• To identify and describe existing sources of funding available to the Scarsdale schools outside the school budget, and what is funded by these sources.

The group studied educational foundations in Edgemont, Bronxville, Chappaqua, Rye Brook and Mamaroneck and found that:

However, the committee also found that Scarsdale already has over 40 organizations that raise funds and donate monies to the school district, which may obviate the need for a separate foundation.

With their report ready for distribution, the League convened a panel of experts on November 10th to review the issues. The panel included: 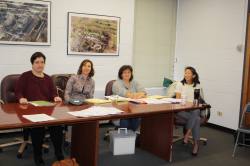 On Monday November 15, the membership of the League met for a consensus meeting on the subject, lead by subcommittee member Susie Rush. She shared the following observations that were gathered from the report and panel discussion:

• Scarsdale is unique in that more than 40 organizations in the Village are already raising money for the benefit of the community and many citizens are actively engaged in volunteer activities that contribute to the schools. In some of the other towns that were studied, there were far fewer organizations supporting the schools and foundations were established to serve this purpose.

• Other towns reported that they had difficulty attracting volunteers to serve on their foundation boards and that there was not a formal process for deciding who would serve. In addition, there were no formal procedures on who could apply for grants from the foundation or for the use of foundation funds.

• It was determined that if a foundation in Scarsdale were formed and the foundation raised between $300,000- $500,000 it could operate with volunteers. However, if more than $500,000 was contributed, professional staff would be needed.

• Though the representatives from Edgemont and Brewster believed a foundation would benefit the community, in Scarsdale there were concerns that private funding could result in inequities between schools and that more proactive groups, parents or teachers could garner more funds. A larger concern was the role the Board of Education would play in funding decisions, as individuals who donated funds for a specific purpose might put undue pressure on the Board to fund the designated projects.

• In the other districts that were studied, the School Superintendant sat on the foundation board, making him or her the gatekeeper of the supplemental funds. In Scarsdale, where funding decisions are made by the school board, the role of the superintendant vis-à-vis the foundation would need to be defined.

• At the panel discussion, Scarsdale Superintendant McGill stated that in the last two years the Board has been able to fund what is needed. However given the economy and pressure from residents to hold the line on tax increases, the school could require extra funds in the future.

With these comments in mind, the membership of the League of Women Voters opened their consensus discussion to determine their position on the establishment of a foundation.

They examined a list of questions on the need for a foundation as a means to fund special initiatives or to supplement the school budget. They explored how this funding source would impact the current school budget decision-making process and how it would be governed.

Their agenda included a discussion of the impact of a foundation on other’s group’s ability to raise funds and attract volunteers and whether or not existing organizations already serve the purpose of a foundation in Scarsdale.

From my review of the report and the panel discussion, it is clear that the potential of collecting private funding for the public schools raises many issues at a time when the Scarsdale School District does not appear to be in distress. In the past, where a need was demonstrated, and a committed group of advocates emerged, supplementary funding was permitted by the Scarsdale Board of Education. This was demonstrated when the group “Fields for Kids” raised funds to build a turf field at Scarsdale High School. The League will have to decide whether outside initiatives require the establishment of a foundation or if one-time projects can be funded on an ad hoc basis.

As an outcome of their meeting, the League will formulate their consensus statement and issue it to the community for review. We will publish it here when it is available.