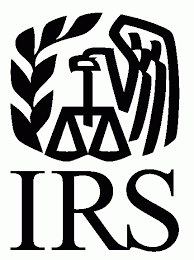 A somber Scarsdale Board of Education gathered for a hastily called special meeting at 6 pm on March 30, 2022 to deal with surprising news that they had apparently only learned about on March 25, 2022.

Earlier that day, it was revealed in a board meeting agenda, that the school district had failed to pay the correct amount of payroll taxes in 2020 and 2021, resulting in penalties and interest totaling $1,722,473 and a call for a back tax payment of $843,558 for the fourth quarter of 2020. The March 29 email from the district clerk did not say what the meeting was about, and since it said the board would meet in executive session, some assumed the meeting pertained to the search for a new school superintendent or interim school superintendent.

However, it turned out that the purpose of the meeting was to approve a resolution to pay $843,558 to the Internal Revenue Service (“IRS”) for outstanding fourth quarter 2020 federal withholding taxes. The district was advised that by paying their fourth quarter 2020 taxes the IRS might abate a penalty payment for that quarter of $448,316.

A close reading of the carefully crafted memo from the Board reveals that the troubles are far deeper.

Apparently the district has already filed an appeal to get a refund for the $816,320 in penalties for the first and third quarters of 2020 and the second quarter of 2021. The memo does not say whether or not the district has already paid these penalties. They also hope to recoup the fourth quarter 2020 penalties of $448,316. The memo says they are fully cooperating with the IRS and hopeful that the penalties and interests will be refunded and abated. If not, they can appeal the decision to U.S. Federal District Court.

Neither the Board nor administration offered a detailed explanation of how and why these errors occurred. It was also not clear why the administration did not let the Board know about the errors when they were notified, which was according to the memo “over the past several months.” When exactly did the district receive notification from the IRS?

Residents speculated that the errors could have been due to COVID, as district employees were working from home and may have lost track of the details. Some were puzzled by why the district’s auditors did not notice missed and reduced payments to the IRS. But others were not surprised that the Board had been shielded from this information for so many months as the administration has been marked by secrecy and control of information.

The news comes at an awkward time for the Scarsdale School district. Superintendent Thomas Hagerman announced his resignation in January, after he had negotiated a five year contract in June 2021. District Treasurer Jeff Martin will also retire in June.

Board turnover is also a factor, leaving more inexperienced members to exercise oversight. The President of the Board of Education, Karen Ceske, announced that she would not run for a second term in February and Carl Finger, also a three-year member of the Board declined to run for a second term as well. The Board of Education will have two new members in May to add to a group that is rather green.

At the meeting, no public comment was permitted. But Assistant Suprintendent for Business Stuart Mattey offered responses to a few questions that were emailed to the district that day. He said that this news would not impact the 2022-23 school budget proposal which is scheduled to be adopted by the Board of Education on April 4, 2022.

Mattey said, “We are in ongoing negotiations with the IRS and we have already met with our legal counsel. There is no timeframe for an IRS decision. We might not have a decision even in time for the 2023-24 school budget. The district has a right to appeal. The financial impact would be to our unreserved fund balance and will have no impact on our current budget. This will be a footnote in our financial statement.” He also noted that the $843,558 penalty payment for the first and third quarters of 2020 will be booked as an account receivable until such time a final determination is made by the IRS or the judicial system.