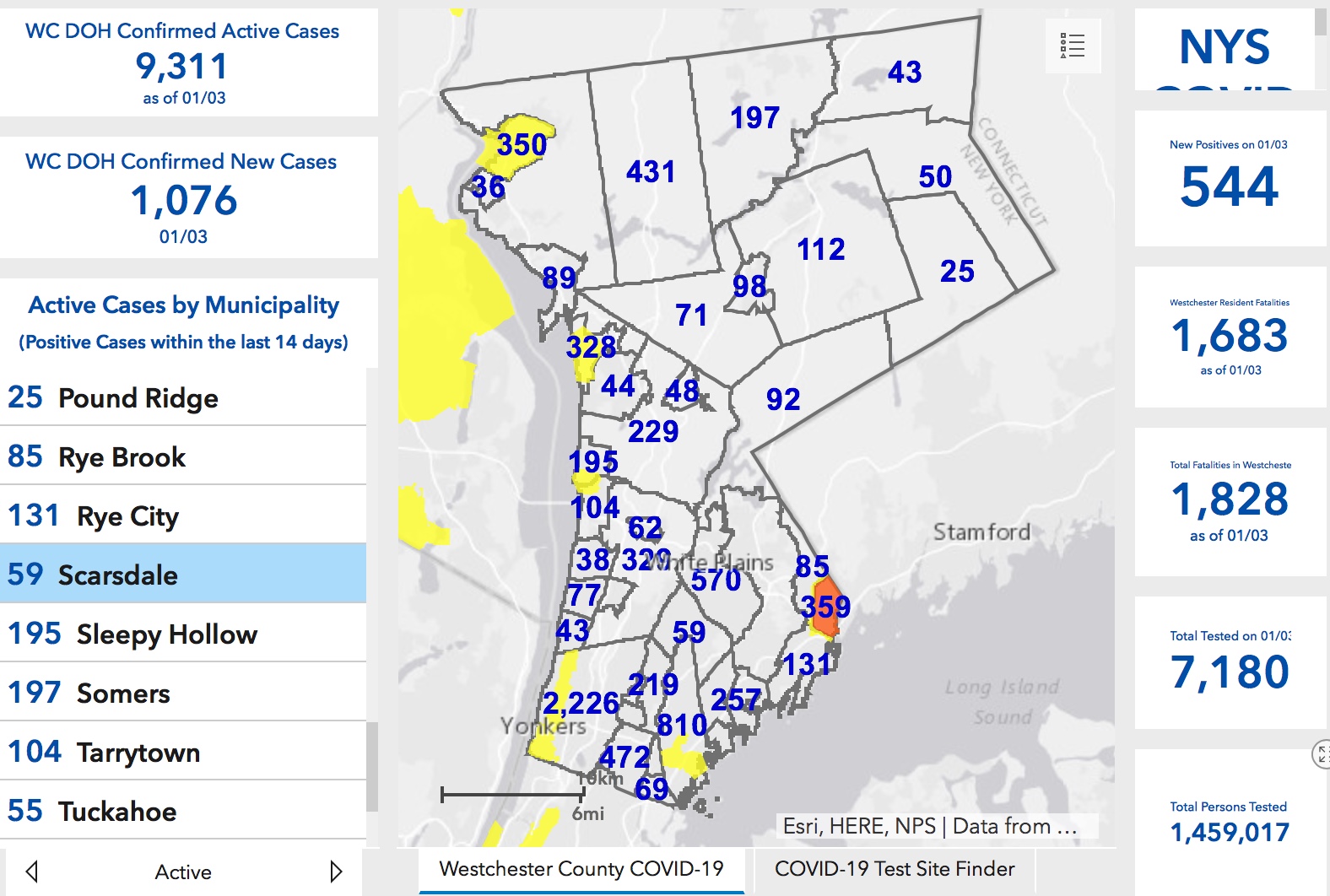 (Updated January 7, 2021) County Executive George Latimer delivered what he called “sobering statistics” at his COVID briefing on January 4, 2021. Though he had hoped that the spread was decreasing in Westchester the numbers are going the wrong way. Latimer said that active cases in the county had climbed 1,400 in just one week, from 7,957 to 9,389. As a point of comparison, before Thanksgiving there were 6,000 active cases in the county.

Latimer said this surge was thought to be due to Christmas and New Year’s get-togethers and feared that Dr. Fauci’s prediction that January could be the worst month of the pandemic might turn out to be true.

Since almost all public celebrations were cancelled, Latimer surmised that the surge was due to gatherings in private homes where people are not wearing masks or practicing social distancing. He reported that on Friday, January 1, 1,000 new cases were reported.

To date, 1,683 people in Westchester County have died, 31 people in the past seven days and 41 the previous week. In the six-week period from Thanksgiving to New Years, 165 people died, the same number who died in total in the five months from May to October.

In terms of hospitalization, 455 were in the hospital as of January 2, 2021. This count grew by 63 from the prior week when 392 were hospitalized.

Latimer reported that New York State is now following the new CDC protocol for quarantines which allows people who were exposed to COVID but have no symptoms to return to normal life after ten days.

The Scarsdale Schools also sent an email on January 4 outlining the number of positive cases reported during the school vacation. According to the email:

“During the latter part of break and today, we learned of eight new positive cases of Covid-19. One of the cases involved a staff member in the Facilities Department and the others were students from Quaker Ridge School, Edgewood School, Scarsdale Middle School and Scarsdale High School.

The positive students were last in the building prior to break and the timing of their tests precludes the need for in school contact tracing.”