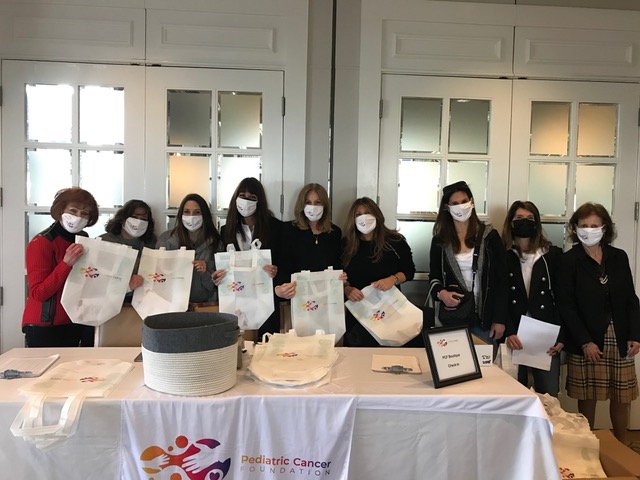 Pediatric Cancer Foundation hosted their Annual Boutique at Metropolis Country Club, Tuesday, April 13. They had an assortment of luxury vendors. There were over 150 socially distanced shoppers purchasing gifts for Mother’s Day, Graduations, as well as an assortment of Spring items.

Taryn Kristal, PCF Boutique Chair speaks about the event: “I could not be happier with the success of our PCF Boutique fundraiser. I am grateful to not only raise money for Pediatric Cancer Foundation,but provide an opportunity to support small business owners as well. This has been a difficult year for everyone and to see us all coming together again and supporting each other is a blessing! I am fortunate to work alongside an incredible team making events like today happen, raising money and spreading awareness for our charity.”
Pediatric Cancer Foundation is a nonprofit charitable organization, founded in 1970. Their mission is to eradicate childhood cancer by raising funds for ground-breaking research and early phase clinical trials conducted by world renowned doctors at the hospitals they support. 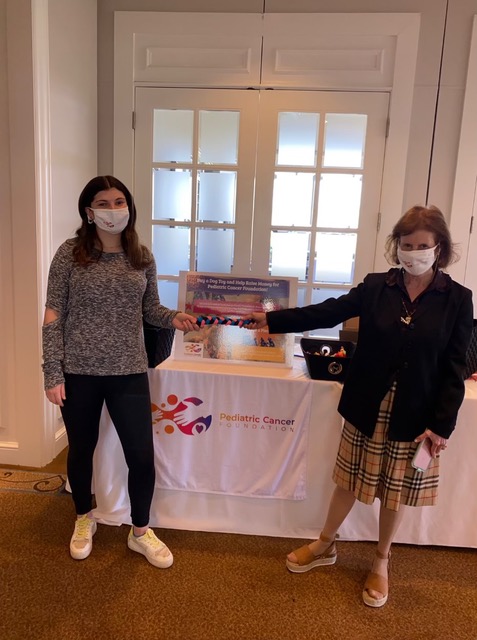 Seven Tips for a Sustainable Garden 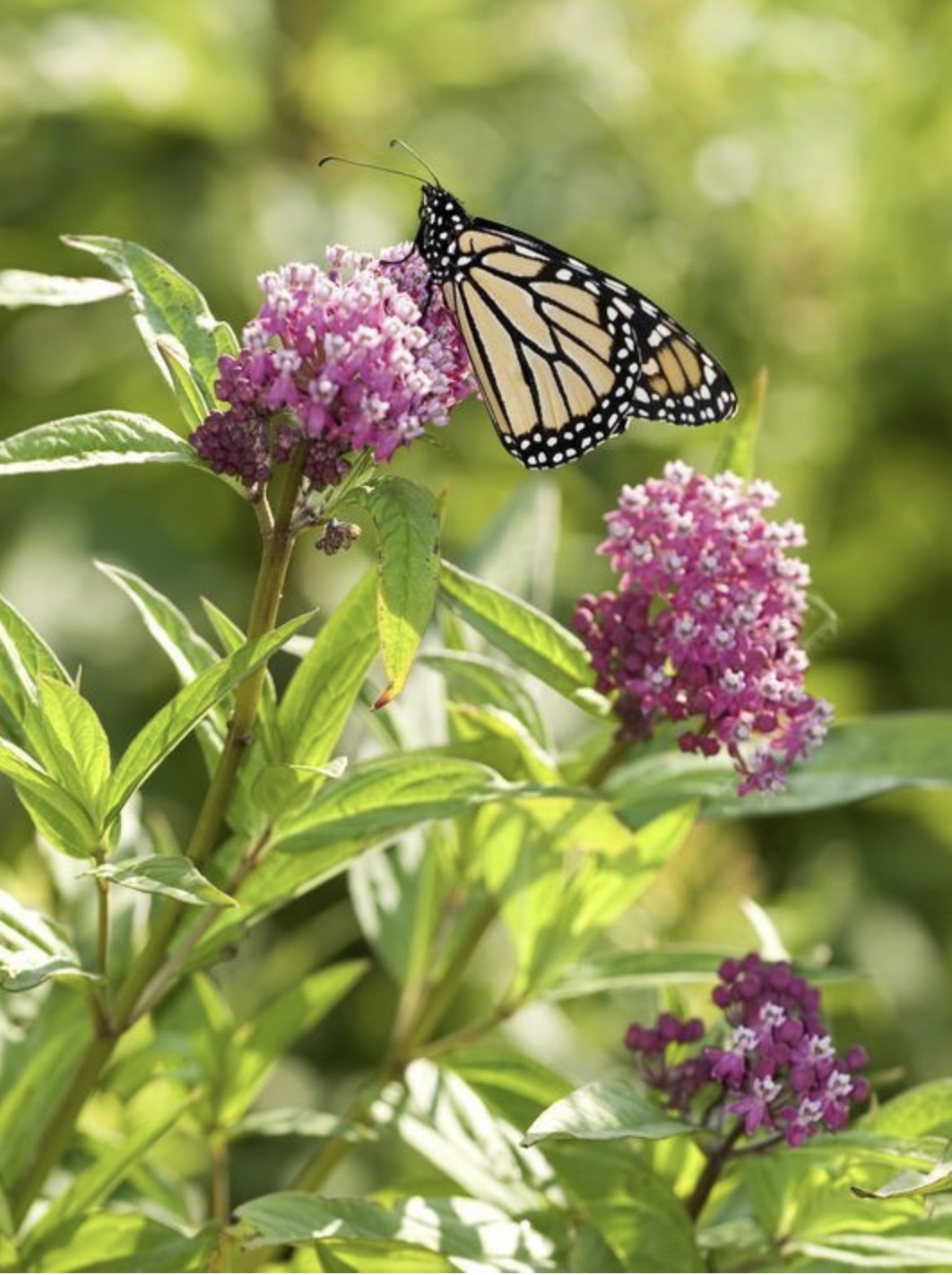 As the weather warms and we all get ready to enjoy our yards and neighborhood landscape, here are some ways to improve the sustainability of your surroundings:

Go Organic: Organic yard care gives us a beautiful, healthy, thriving landscape, and it’s also beneficial to us, our pets, wildlife, and the environment. Many organic products, such as fertilizer and weed control, are readily available. Organic landscaping can be accomplished whether you do your own yard work or hire a landscaper. Read the CAC’s previous article about organic landscaping.

Plant Trees: Trees enhance the beauty of our community, provide shade, soak up water, and help wildlife. Trees absorb carbon dioxide as they grow, further helping the environment. Whenever possible, plant native trees and plants--those that grow naturally in our area--as they are better suited to our climate and terrain. Once established, native trees can thrive with less water and fertilizer (and no pesticides), saving time and money.

Plant Perennials that Attract Pollinators: Butterflies, bees, and birds play an important role in our environment. Plants that attract these pollinators add beauty to our landscape while helping make our world healthy. Replacing part of your lawn with native plants is an inexpensive, simple way to support a healthy environment and to reduce costly lawn maintenance. Some plants to consider include coreopsis, Joe-pye weed, butterfly weed, aster, purple coneflower, penstemon, salvia, and sedum.

Spare the Mulch: Placing mulch in garden beds and around trees can help keep moisture in and weeds out. However, too much mulch or improperly placed mulch can seriously harm trees and shrubs. Never pile mulch (or soil) against the trunk of a tree because the mulch will eventually rot the trunk as well as cause roots to grow in the wrong direction. Keep mulch approximately 6” away from tree trunks and no more than 3” deep.

Water Wisely: To encourage stronger and more drought-resistant plants--and therefore, healthier lawns--water your lawn 2 times per week for a total of 1’’ of water, usually around 30 minutes per watering. During the hottest and driest days of summer, you may need to increase watering to 3 times per week. Watering should be done in the early morning when the most absorption takes place. Use drip hoses to water trees and shrubs. It is estimated that as much as 50 percent of water used for home irrigation is wasted due to overwatering and evaporation. Adding a smart water controller, that automatically adjusts output depending on rainfall, can save water and reduce your water bill.

Properly Care for Your Lawn: Keep grass about 3” high to promote deeper roots and a healthier, more drought-tolerant lawn. Taller grass is also less susceptible to weeds. Leave grass clippings on your lawn as they provide a natural fertilizer and help the soil retain water. Leaving lawn clippings also reduces the use of gas-powered blowers--a contributor to air and noise pollution--which are banned by the Village from June 1st through September 30th. Using electric or battery-operated blowers to clean driveways and walkways is a viable alternative.

Talk with Your Landscaper: Sometimes old habits are not easy to break,so it’s important to share information and to let your landscaper know that you want an organic, healthy, sustainable yard.

If you have any questions or comments, email Scarsdale’s Conservation Advisory Council. 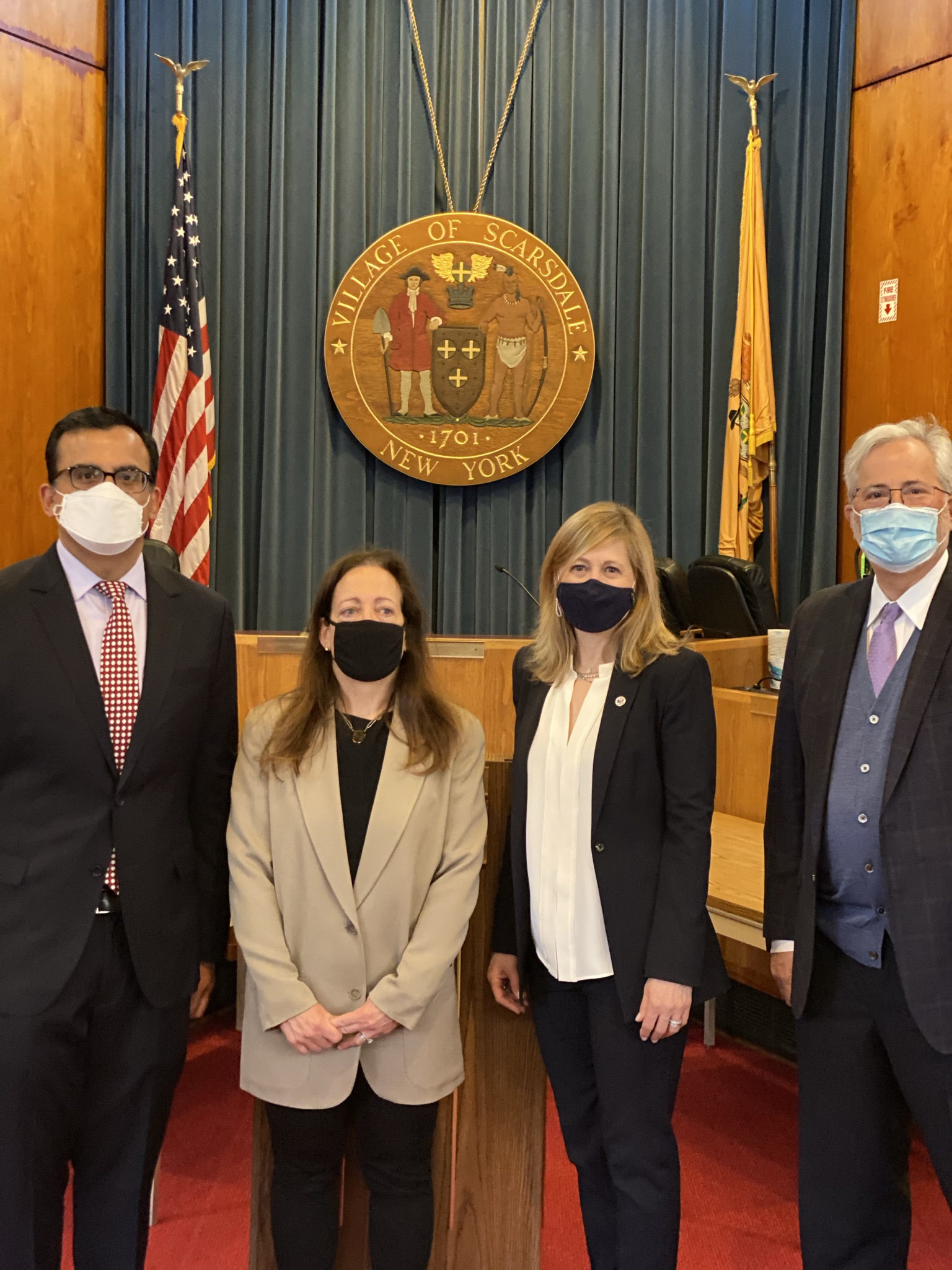 Village Manager Steve Pappalardo noted that it was the first time in over a year that the Board and Village Managers had gathered in Rutherford Hall since the pandemic shuttered meetings in March 2020.

Both Village Manager Steve Papplardo and incoming Mayor Jane Veron lauded retiring Mayor Marc Samwick for serving during perhaps Scarsdale’s most difficult period and shepherding the Village through the crisis while maintaining all essential service in the face of great challenges.

Pappalardo presented an engraved pewter tray to Jane Veron who completed two years and five months of service as Village Trustee in September 2020, due to the delayed election. Pappalardo noted that it was the longest Trustee term in Village history. Similar trays were also prepared for Trustee Seth Ross and Trustee Rochelle Waldman who completed their terms.

Mayor Marc Samwick was presented with a tray for his term and a round of applause was given for all.

After taking the oath Veron acknowledged that Samwick had not had a proper send off and said, “I want Mayor Samwick to know how much we appreciate everything he has done and his steadfast commitment to the health, welfare and safety of the public and his care for Village staff.” She continued, “You steered us through incredible hardships and I thank you for your steadfast leadership.”

Veron also extended appreciation to Trustees Roth and Waldman and to Village Manager Steve Pappalardo for delivering service in the Village’s time of need and she thanked her family for standing by her.

The new Mayor kicked off her two-year term saying, “We (the Village Board) are energized and excited and can’t wait to get started!” (Photo credit: Dara Gruenberg) 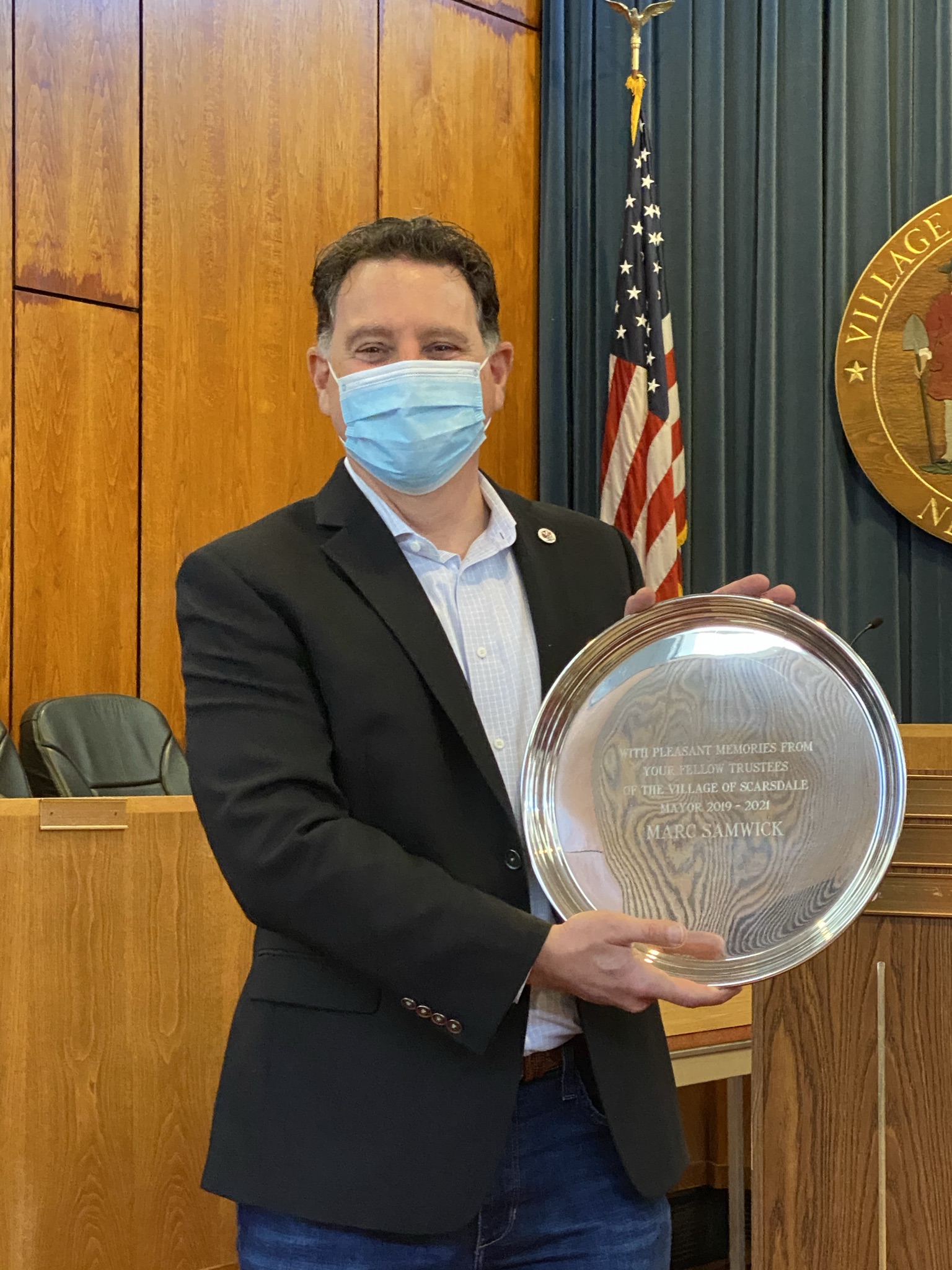 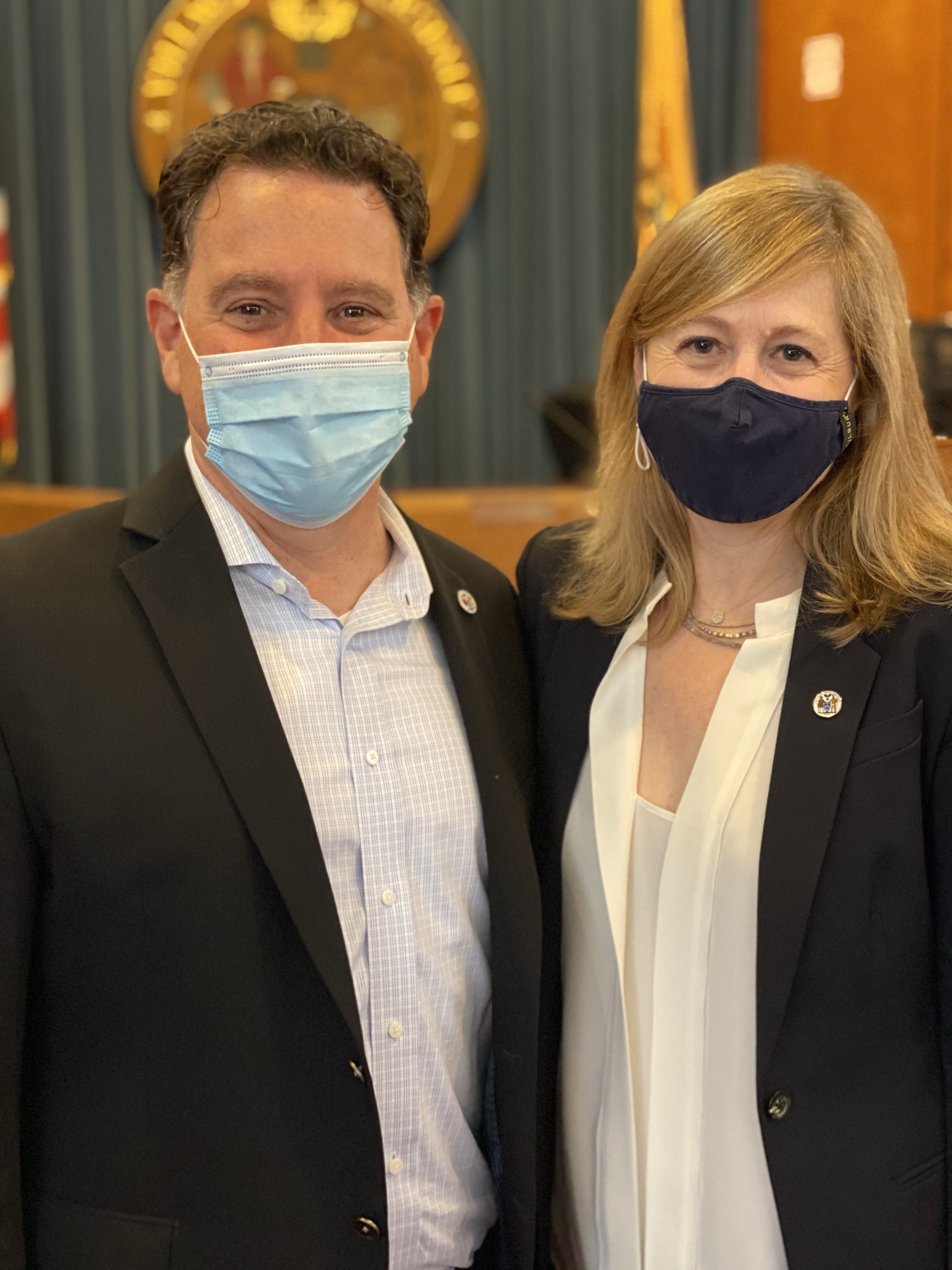 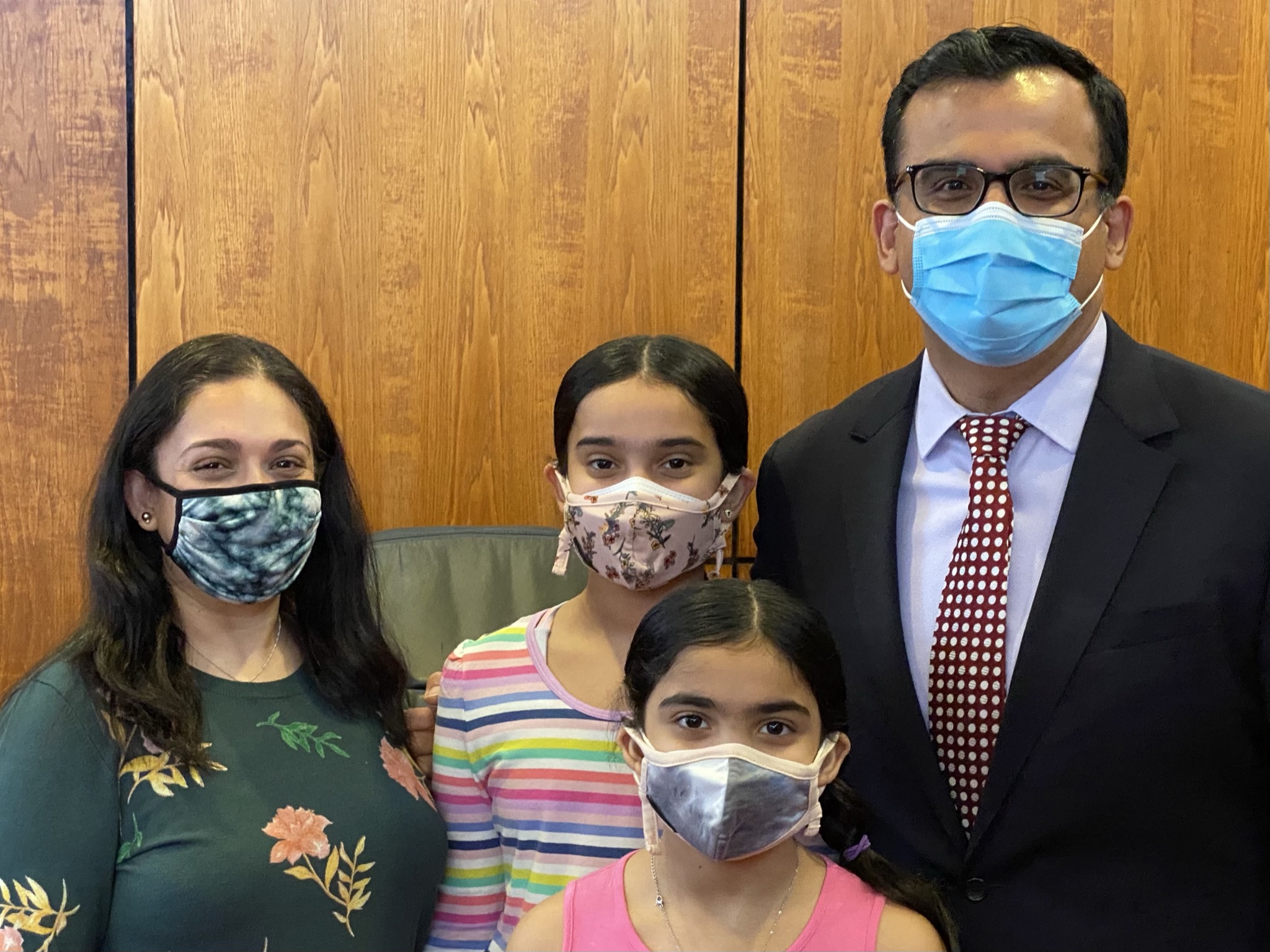 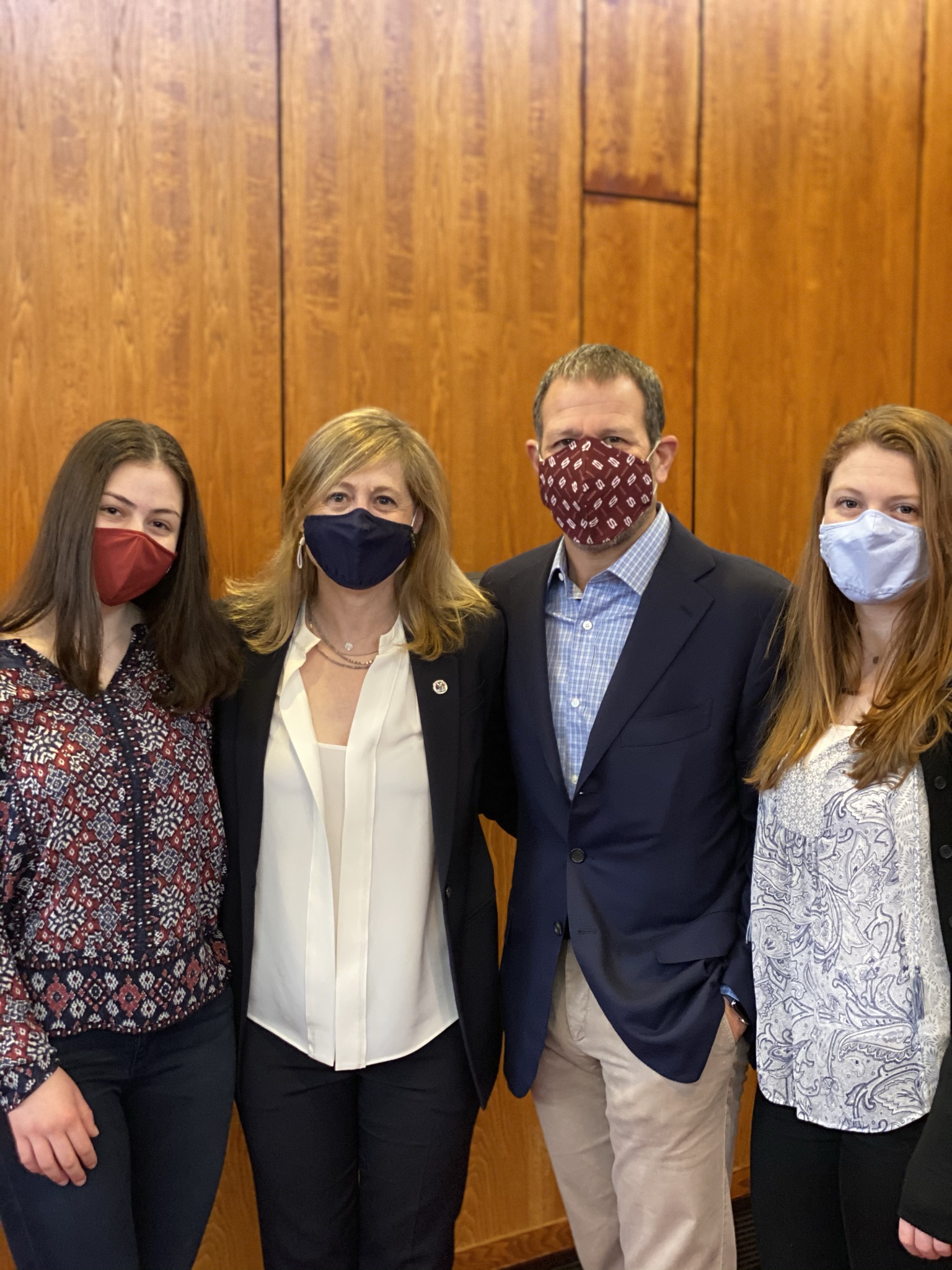 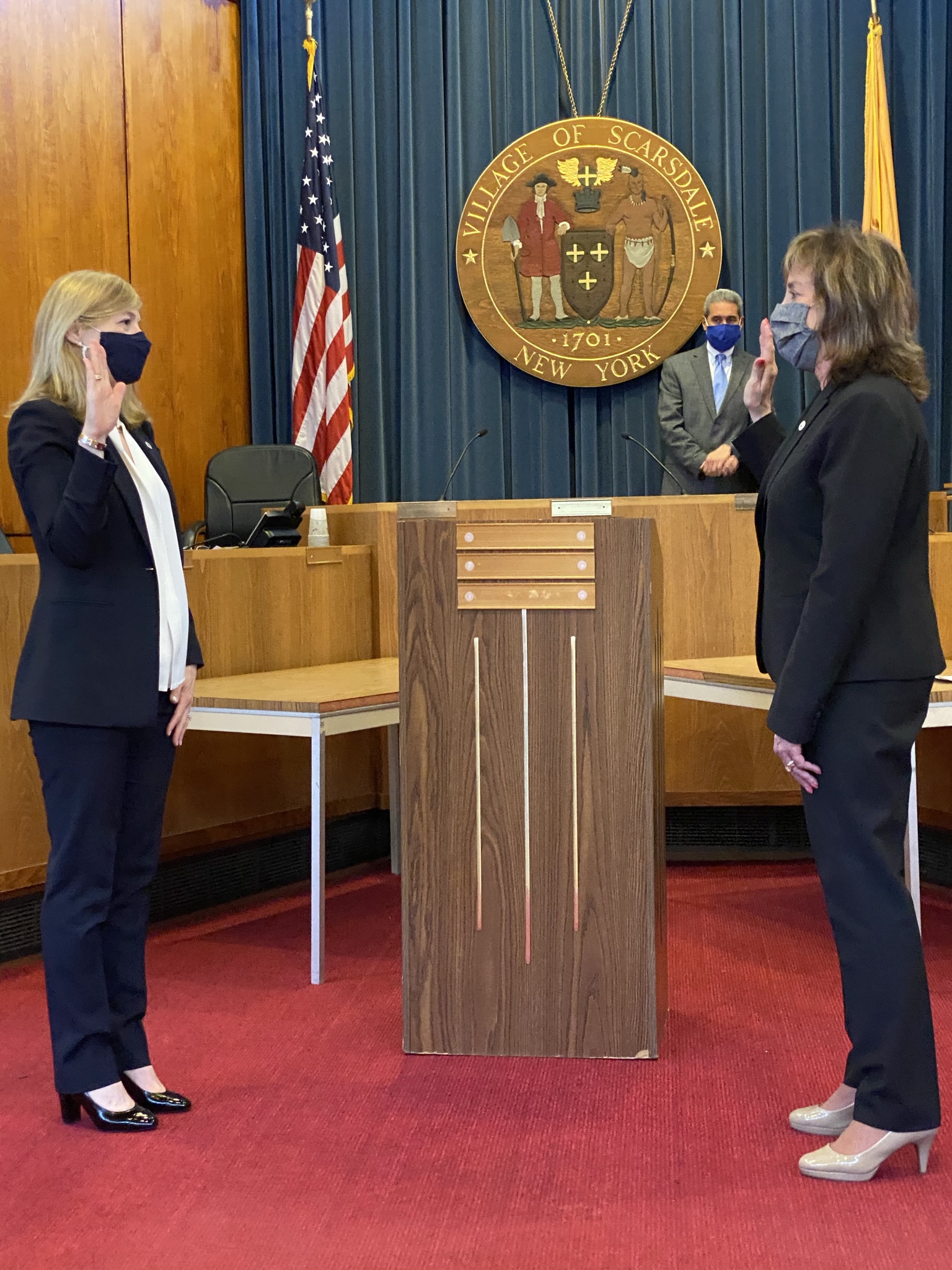 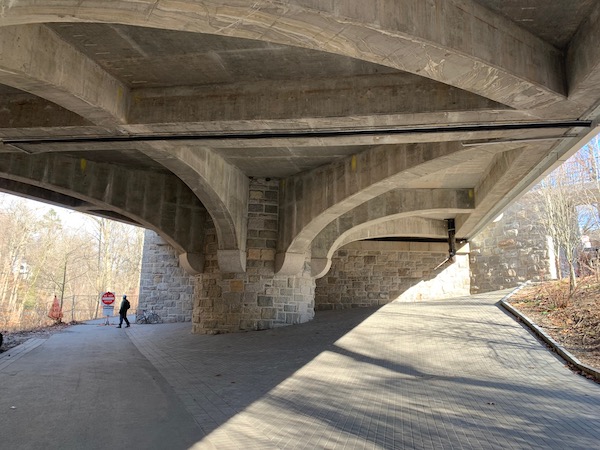 The path traverses under the parkway in Scarsdale Village.If you have driven on the Bronx River Parkway lately, you may have noticed that work is underway on the construction of the bike path to link the missing portion between Greenacres Avenue and Scarsdale Village. This 1.6 mile section of the path has been long in the works and will link the upper portion which extends north to Kensico Dam with the southern portion that travels to Yonkers.

The work is being done by Westchester County and is scheduled for completion early this summer.

After receiving objections from Fox Meadow residents who did not want the path to be sited on the east side of the parkway, the county made plans to route this section onto the west side. Unfortunately, to traverse the parkway, riders will need to cross Fenimore Road on or near the bridge. Residents are concerned about bikers and walkers traversing the busy roadway. But according to David DeLucia of the Westchester County Parks Department, at Fenimore Road there will be an “enhanced pedestrian crossing with flashing lights to alert motorists.”

So far the work looks beautiful and the path will be a wonderful enhancement to the neighborhood. 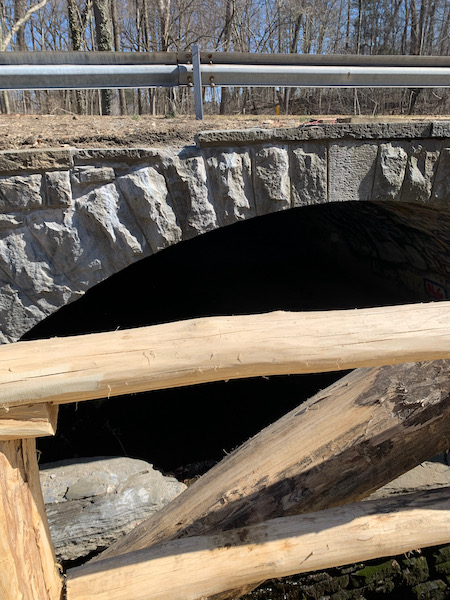 The path includes scenic vistas over the Bronx River. 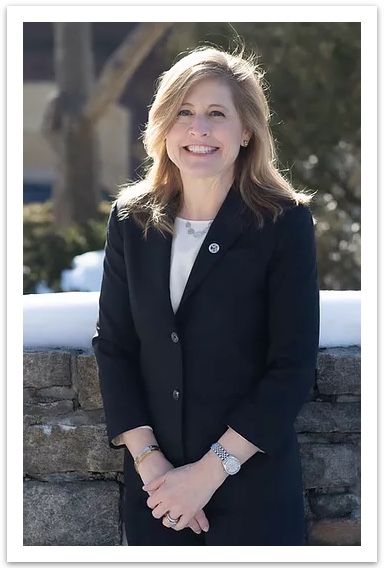 The public is invited to watch on Zoom as Jane Veron is sworn in as Mayor and Sameer Ahuja, Karen Brew and Jonathan Lewis are sworn in as Scarsdale Village Trustees.

To watch, see the information below.